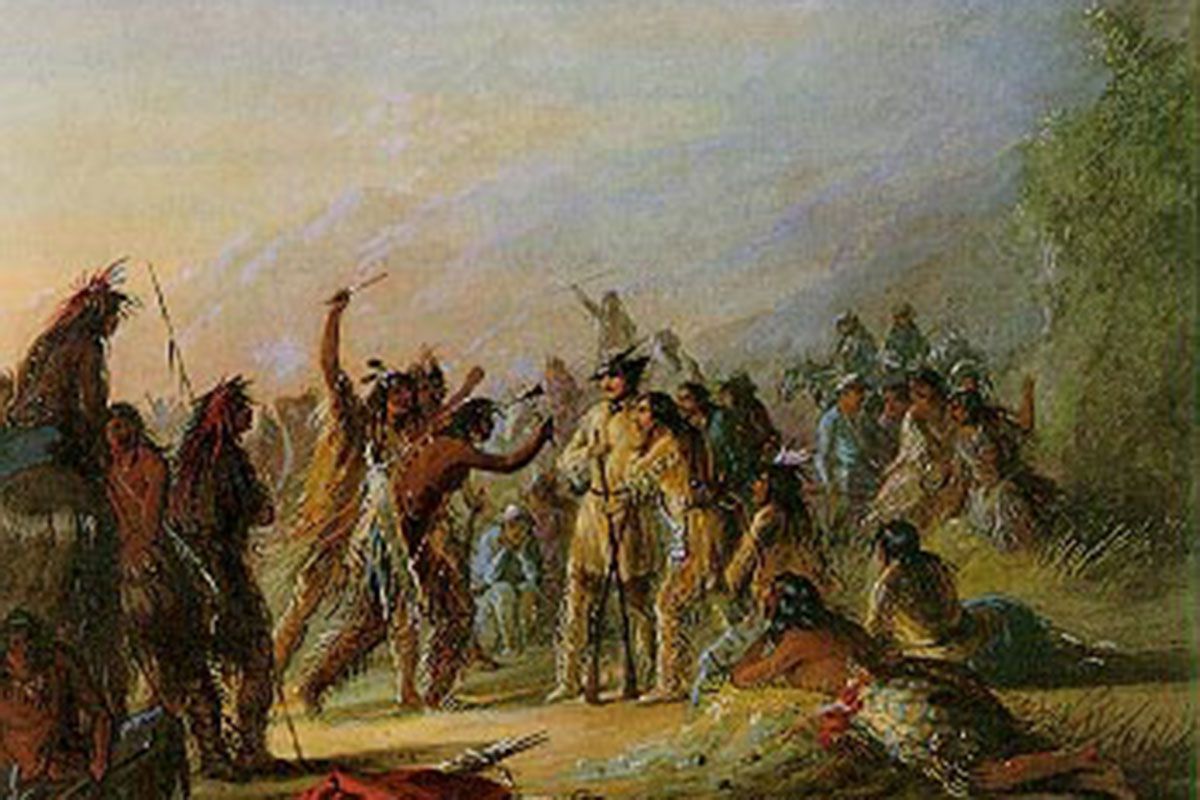 Like gold dust on the mining frontier, beaver pelts acted as the medium of exchange in the mountains. Unique to the American experience was the rendezvous system, dreamed and schemed in 1825 by William Ashley.

The procedure was simple; the trader would purchase his supplies in St. Louis and transport them out to the trappers in the mountains. This would save the trappers from having to make the long trip east for supplies. Like modern-day mail-order by computers the merchants took the goods to the customers. It was extremely profitable for the merchants and convenient for the trappers.

The trappers gathered at their annual rendezvous, a location chosen the previous year and proceeded to barter and sell. In exchange for the pelts, necessities for the coming year were obtained. The trappers eagerly bought up various gewgaw’s which they purchased for their Indian wives or female companions. They vied with one another to see who could adorn his lady with the finest assortment of shawls, fabrics, beads and ornaments.

When the trading was finished, out came the whiskey and the fun and frolic began. For the next several days they drank, held shooting and wrestling matches, ran races and made love to their wives and girlfriends until it was time to head back into the wilderness for the fall hunt. Arizona because of its remoteness never hosted a rendezvous.

Instead, the trappers went to Santa Fe or Taos that were every bit as eventful as any mountain rendezvous. Also, during the heyday of the fur trade what would one day be Arizona was still a part of the Mexican Republic.