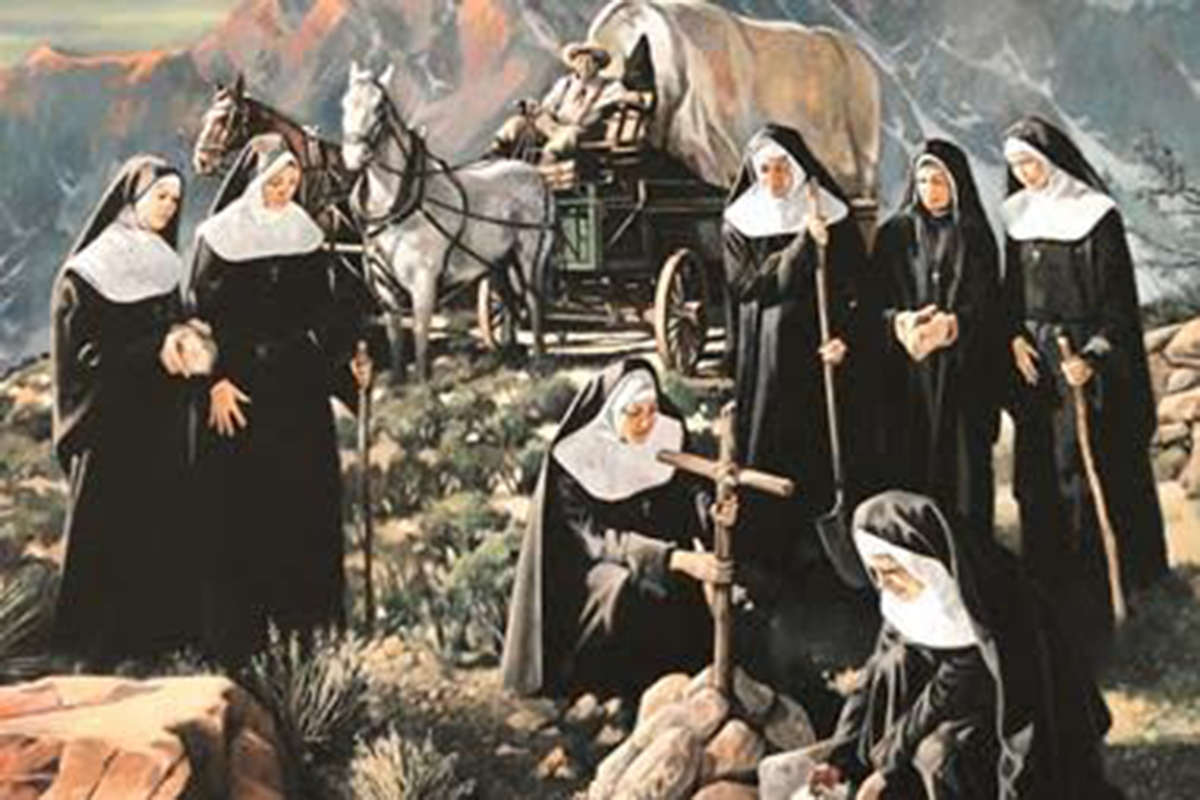 In the years following the Mexican War the French Diocese in St. Louis replaced the Mexican in New Mexico and John Baptiste Lamy was named bishop. In the spring of 1870, seven Catholic Sisters of Carondelet from St. Louis arrived in Tucson following a long and perilous journey. They had traveled by train from St. Louis to San Francisco then taken a steamer to San Diego. Before them lay some 400 miles of hot, dry, desolate desert to Tucson through lands occupied by hostile Indian tribes. One described it as “the abomination of desolation.” These intrepid women had come to the Old Pueblo to open a school and healthcare facility. The fact they arrived safely was something of a miracle in itself.

Sister Monica kept a journal of their ordeal describing days of blistering heat and cold nights. It was some 200 miles from San Diego to Fort Yuma ln the Colorado River. On the way, they stopped at a ranch to eat their first hot meal in several days and in the room were several men and no other women. The men warned them of the dangerous trip ahead.

Sister Monica wrote, “Some of them proposed marriage to us saying we would do better by accepting their offer than by going to Tucson, for we would all be massacred by the Indians. The simplicity and earnestness with which they spoke put indignation out of the question, as it was evident they meant no insult, but our good……For that afternoon we had amusement enough.”

The sisters traveled by buckboard from San Diego to the Colorado River at Fort Yuma. Then took a raft on a precarious trip across the river to Yuma. Traveling up the Gila Trail, Apache warriors had been active in the area, so soldiers from Fort Lowell in Tucson met them at Picacho some 40 miles north of town and escorted them on the final two days of their journey.

The Sisters of Carondelet didn’t waste any time opening the St. Joseph’s Convent and Academy for Females. “We had scarcely time to brush the dust off our habits before opening school,” wrote Sister Monica.

Over the next few years the sisters opened schools at Mission San Xavier del Bac, the Sacred Heart School in Yuma, St. Theresa’s School in Florence, St. Joseph’s Hospital in Prescott. In 1901 they opened the St. John’s Vocational School on the Pima Indian Reservation.