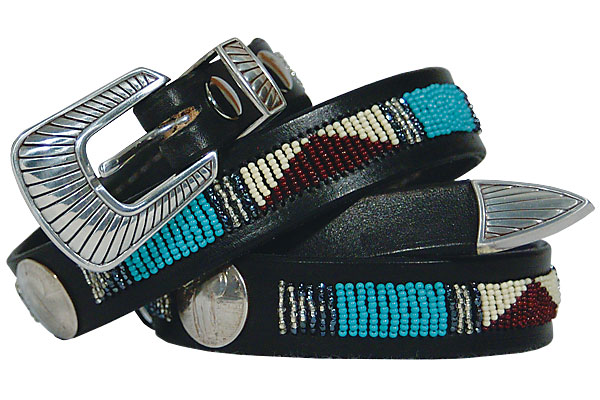 The scenic, winding back road between Albuquerque and Santa Fe, New Mexico, is called N.M. 14 but is popularly known as the Turquoise Trail.

Pueblos first mined the blue-green Turquoise found in central New Mexico as early as 900 A.D. The town of Los Cerrillos (the little hills) is one of the nation’s oldest documented mining districts, and rich deposits of Turquoise can be found in 12 different sites. The district is now a state park with marked trails sharing the story of Turquoise mining in the region.

But New Mexico is not the only state rich with the sky stone, as Indians called this talisman for health and happiness. Classic Turquoise mines can be found across the Southwest.

A blackjack dealer from the Nevada Club in Battle Mountain, Nevada, discovered a deposit while picnicking at Indian Creek; now this rare classic, called Lander Blue, is the “most valuable turquoise in the world,” according to Turquoise Unearthed, which is a wonderful resource for information on Southwestern Turquoise mines.

The Sleeping Beauty Mine in Gila County, Arizona, produces a matrix that is generally white; shoe polish is used to dye it black.

In Conejos County, Colorado, gold prospector I.P. King rediscovered a Turquoise mine in 1890; the King’s Manassa site is famous for its Turquoise with green and golden matrices.

An 1895 map marking “old Indian diggings” led another prospector to a deposit near Ruidoso, New Mexico; today, the claim is known as the Lost Mine of Enchantment.

The value of Turquoise found in these classic mines ranges from low-grade specimens, which easily absorb body oils and often dry out when exposed to extreme heat, to gemstone-grade Turquoise stones, which keep their color consistency over time. The color varies depending on a stone’s copper content: blue stones have more copper content, while green stones often have less copper and more iron. Color alone doesn’t determine value because a rare green stone would be worth more than, say, a blue stone from the more prolific Sleeping Beauty Mine.

We know Turquoise had spiritual significance for Indians because burial sites confirm it: we find bits of the stone attached to Apache bows, or we discover Zuni fetishes with Turquoise eyes. The best part about collecting this talisman today is that the sky’s the limit for this sky stone. You can find it on necklaces or bolo ties; belts for you or reins for your horses.

Heck, even Andy Warhol made his Marilyn a Turquoise.