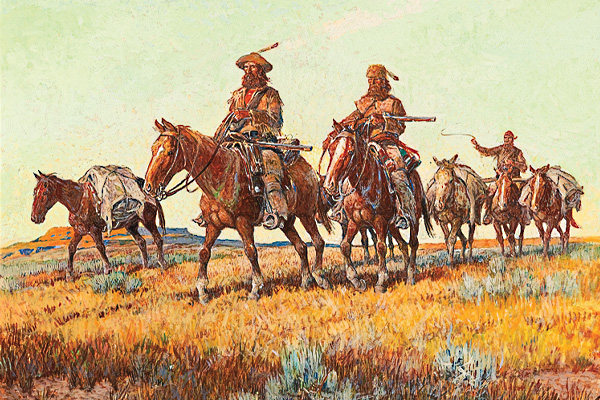 We will be a living institution. We will offer experiences. We will be the storytellers.”

That’s how museum director Michael J. Fox describes his latest project: Scottsdale’s Museum of the West, in the historic downtown of an Arizona city that calls itself the “West’s most Western town.”

“We wanted to be very different from the traditional museum,” Fox says of the 40,000-square-foot museum that will open in January 2015. “Collections wouldn’t be the driver. We wouldn’t just be showing stuff. We don’t have our own significant collection—that’s the beauty. We have the opportunity to identify institutions and collectors who have amassed amazing collections. Our approach is interactive, engaging and immersive. No one will ever accuse us of never having something new.”

Marketing consultant Ned O’Hearn points out the “heritage wall” that greets visitors. “The West was more than cowboys and Indians,” he says. “This wall will present images, sounds, voices in different languages—a cacophony of sounds and images so people can appreciate the diversity of the West.”

When the museum opens, its “Great Hall” will feature 100 original paintings of the Lewis and Clark Trail by Montana artist Charles Fritz, who began his effort as an American Bicentennial project.

Another gallery features “Icons of the West”-—24 historical Western artworks  from private collections. One upstairs gallery displays the “very best of contemporary artisans of the West,” Fox says, speaking of the 176 paintings and sculptures from a vast collection out of Boston, Massachusetts.

Throughout the museum, visitors will spy artwork and quirky Western stories by True West’s Executive Editor Bob Boze Bell, who has donated the magazine’s massive library to the museum because Fox wants to exhibit “literary
arts” too.

“When we say we’re the storytellers, we don’t mean we’re telling the chronological story of the West,” O’Hearn says. “We mean serendipitous, pop-up stories.”

This museum is an old idea. In the early 1980s, when Fox was director of Phoenix’s Heard Museum, then-Scottsdale Mayor Herb Drinkwater liked to pick Fox’s brain about a city-owned museum that would tell the story of the West. Drinkwater died in 1997, but 14 community leaders kept the dream alive, including Arizona’s official historian and True West columnist Marshall Trimble. Fox had moved on—he was in Kentucky, building the Muhammad Ali Center, when he was enticed back to Arizona in 2008 as the “visionary” for the new museum.

“This is not about me,” Fox protests. “It’s about a number of people who realized a void—not just in Scottsdale, not just in Arizona, but in the whole region.”

With a focus on all 19 Western states, this newest Western museum is where you can “find yourself in the West,” he says. The history of the West is presented through tales told by the visual, literary and performing artists inspired by this storied region and all it has to offer.