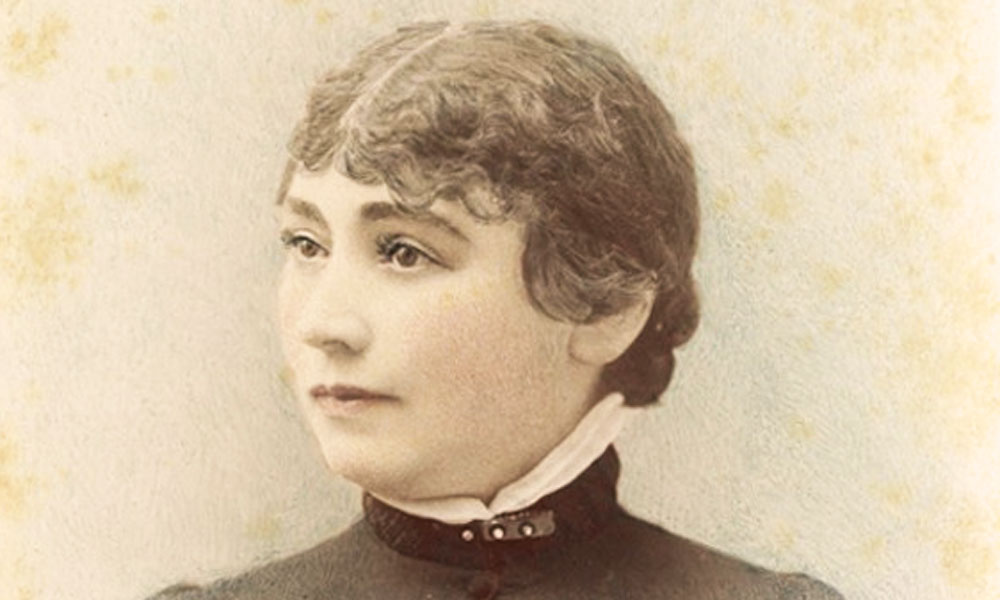 Many have heard the story of the eccentric millionaire of the Victorian Era who spent the last 38 years of her life building, always building, a mansion in San Jose, California. Some have visited the Winchester Mystery House, which offers regular tours and has become a tourist attraction. Some call it “the house built by the spirits.”

It could also be called, “The house to repay a debt.” Or “The house for eternal life.”

The builder was Sarah Winchester, who started the project in 1884 as the 44 year-old widow of William Wirt Winchester, whose father—Oliver Fisher Winchester—manufactured the popular Winchester Repeating Rifle.

Sarah Pardee married William in 1862 and reports say they had a wonderful life in New England. There was all the money in the world to enjoy, and the birth of a daughter made things even richer–until the child mysteriously died in 1866. The couple never got over their grief and never had another child. Fifteen years later, William died from tuberculosis. That left Sarah alone and completely devastated.

She sought out guidance from spiritual mediums—not an unusual thing in the day—and was told by one that her family was “haunted” by the souls of those killed by the rifle that now was known as “the gun that won the west.” The medium said those dead souls were out for revenge and Sarah was probably next.

But there was a way out, according a profile in “Remarkable California Women” by Erin Turner: “Sarah was instructed to move to the West and to find an unfinished house that she could add onto in order to build a great house for the spirits to inhabit. As long as the construction on the house never ceased she might be spared and the spirits might be appeased.”

With a fortune that amounted to her earning $1,000 a day, Sarah Winchester took the advice and did it one better. She found an eight-room farmhouse and employed builders around the clock, throughout the week, never stopping the construction of a mansion she designed herself. It once had 500-600 rooms and still has 160 rooms remaining for its 55-minute guided tour. The house is so bizarre–a switchback stairway, twisting hallways, baffling rooms within rooms–that visitors are admonished to stay with the tour or risk being lost for hours!

As reported in a 1928 article: “When Mrs. Winchester set out for her Séance Room, it might well have discouraged the ghost of the Indian or even of a bloodhound, to follow her. After traversing an interminable labyrinth of rooms and hallways, suddenly she would push a button, a panel would fly back and she would step quickly from one apartment into another, and unless the pursuing ghost was watchful and quick, he would lose her. Then she opened a window in that apartment and climbed out, not into the open air, but onto the top of a flight of steps that took her down one story only to meet another flight that brought her right back up to the same level again, all inside the house. This was supposed to be very discomforting to evil spirits who are said to be naturally suspicious of traps.”

Sarah Winchester died in her sleep in 1922 at the age of 82. If there were a vengeful soul killed by a Winchester rifle out to get her, it took him nearly 40 years to find her.