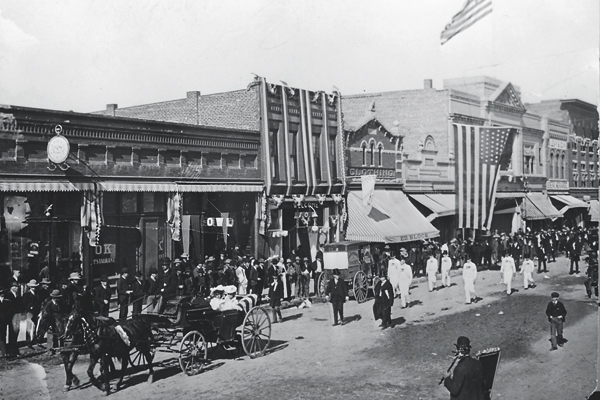 It’s again time to remember, with hats off and cheers on our lips, a cowboy named Juan Levias.

Never heard of him? Then you don’t know your rodeo history, because Juan won the top “citizens prize” that 4th of July in 1888 when Prescott, Arizona, launched a “cowboy tournament” that would become professional rodeo.

This summer, Prescott will again host the World’s Oldest Rodeo during its Frontier Days. (Some historians credit Santa Fe, New Mexico, Payson, Arizona, or Pecos, Texas, with being first.) Prescott ranks among the top 50 sanctioned rodeos in the country, with a purse over $150,000.

Frontier Days events start on June 28 with 10K and 2-mile fun runs, followed by a golf tournament on June 29.

Other major events include the Happy Hearts Rodeo for Exceptional Children at 6 p.m. July 1; rodeo dances from 8 p.m. to midnight July 3-5;  fireworks at dusk July 4 at Prescott High School; a fine arts and crafts show July 4-6 at the Courthouse Plaza and the Frontier Days parade at 9 a.m. July 5 in downtown Prescott, followed by the Whiskey Row Boot Race. On July 6, cowboy church will be held at the rodeo grandstands at 9:30 a.m.; downtown Prescott hosts a fireman hose-cart race and at noon, the rodeo queen will be crowned.

The activities are organized by about 150 volunteers from greater Prescott. They’ve donated thousands of dollars of proceeds from past celebrations to such worthy community groups as the American Cancer Society, Big Brothers/Big Sisters, United Way and the Sharlot Hall Museum.

And all this began 115 years ago when a group of Prescott merchants and professional businessmen offered cash prizes for local ranches to bring their cowboys to town and show off their skills for the townsfolk. Rodeo is a Spanish word that means to round up, but it wasn’t used back in 1888; wouldn’t be used anywhere in the United States until 1916 and wasn’t used to describe the Prescott event until 1924. But that first event was exactly what we know a rodeo to be.

The purse may have been small, and there was no fancy arena—the first events were staged on a vacant lot, roped off to keep the horses from running away after unseating their riders.

In the 1930s, the Works Progress Administration and Civilian Conservation Corps helped fund and build the rodeo grounds still used to this day.

Over the years, the rodeo participants kept increasing, as did the number of events. The annual parade is now Arizona’s second largest, next to the nationally-televised Fiesta Bowl parade in Phoenix.

In 1985, it became official: the U.S. Patent Office approved and registered the Prescott competition as the World’s Oldest Rodeo.