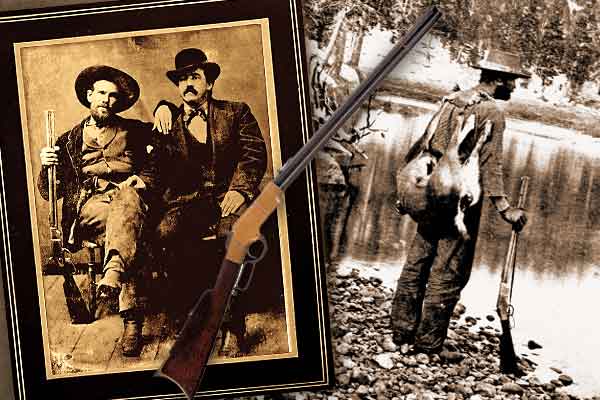 Virtually every lever-action rifle today silently pays tribute to the granddaddy of lever guns designed over 150 years ago.

One of the major milestones of firearms development, the Henry repeating rifle’s revolutionary design combined the first successful employment of self-contained metallic cartridges with a repeating arms system. Although the end of the Civil War marked the beginning of the end for its rival, the Spencer seven-shot repeater,  the Henry had proven itself well. With more and more of the population migrating west, a completely new market opened up for this graceful and fast-firing repeating rifle.

Because of the Henry’s popularity with hunters and other frontiersmen, it was not as dependent upon the military for sales as was the Spencer. Although the Henry, as its own entity, lasted only a few years, its basic under-frame lever and under-barrel tubular magazine paved the way for Winchester’s famous line of lever-action rifles—each one a legend in its own right!

Ten years of arms and ammunition designing and experimentation by the New Haven Arms Company’s shop superintendent, B. Tyler Henry, resulted in a patent for his “Improvement in Magazine Firearms” being granted on October 16, 1860. Just 300 rifles were manufactured over the next year, but production finally got underway in 1862.

About 275 of the early Henrys were made with iron frames. The brass-framed rifle, with its front-loaded tubular magazine  integrated into its 24-inch shrouded and blued barrel, was developed from the Volcanic, an earlier and less reliable lever gun. However, rather than use the undependable all-in-one powder, bullet and primer projectile of the Volcanic, the Henry was designed to handle the new .44 rimfire copper-cased cartridge—also developed by Henry. This new round consisted of a 216-grain pointed bullet, but it was later changed to a 200-grain flat-nosed bullet, backed
by 26 grains of blackpowder, which resulted in a velocity of around 1,125 feet per second.

By 1866, when the company name was changed to Winchester Repeating Arms, the Henry gave way to the “Improved Henry” (later known as the 1866 Winchester). It became a favorite with military and civilian riflemen alike. Those who used it recognized its ease of handling, accuracy and rapid-fire capabilities.

During the Civil War, the Henry was quickly dubbed the “Sixteen Shooter.”  Confederates, who found themselves targets for Henry-wielding federal troops, more colorfully referred to it as “That damned Yankee rifle that you load on Sunday and shoot all week.”

The Henry rifle sold for $37.50 to $42.50 for a plain rifle. Engraved versions cost a few dollars more. Today, the survival rate of the 13,000-plus Henrys produced has caused representative specimens to command premium prices, while plain guns in superb condition and engraved models are beyond the reach of all but the most serious and advanced collectors.

To this day, virtually every lever-action rifle made incorporates the simple yet effective design principles of the mid-19th-century original—that old frontier favorite—the Henry repeater!

Phil Spangenberger writes for Guns & Ammo and is a Hollywood gun coach and character actor. For further reading on the Henry, he suggests The Story of Benjamin Tyler Henry and His Famed Repeating Rifle, by Les Quick (Graphic Publishers).