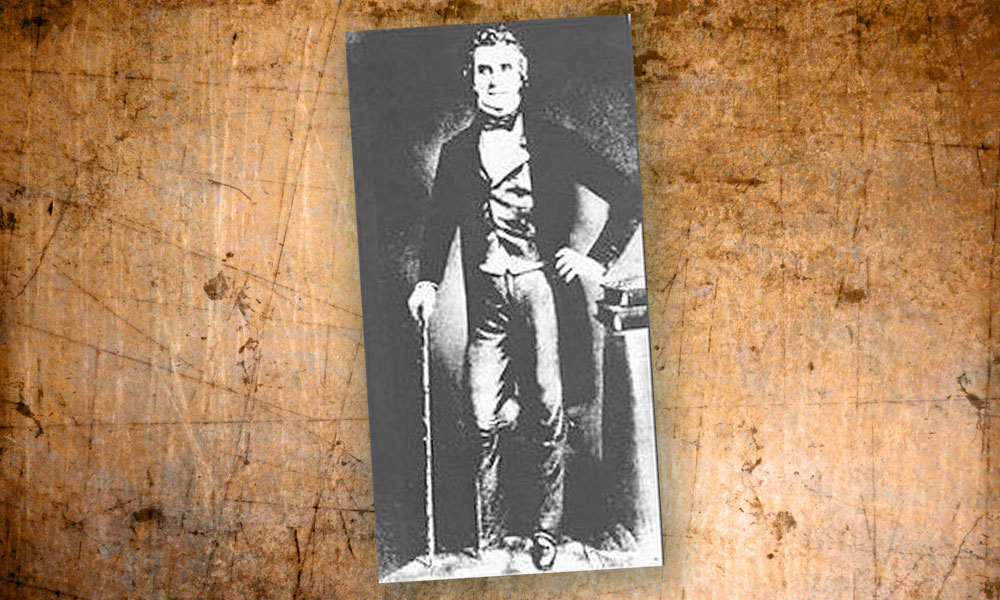 They called him Three-legged Willie but before anyone starts drawin’ conclusions; Robert Williamson was famous Texas veteran of the Battle of San Jacinto, patriot and statesman. His right leg was drawn up at the knee from a childhood illness. Undaunted, he added a wooden leg to walk on leaving his bad leg extended behind him. His trousers were custom-made with three legs and he was known far and wide a Three-Legged Willie.

After Texas won her independence in 1836, President Sam Houston appointed him judge of piney wood Shelby County which was established a year later and had had become a refuge for notorious outlaws. The rowdy citizens seemed to prefer it to remain lawless but he was determined to bring law and order to the area.

Just before he arrived to hold court the locals decided that court would not be in session but on the scheduled day Three-Legged Willie seated himself behind a dry goods box that was his “bench” and called order in the court. A tall man walked up and declared the people had decided the court would not be in session. Then to emphasize his point he pulled out his Bowie knife and laid it on the bench saying, “This, sir, is the law of Shelby County.”

Three-legged Willie pulled out a long-barreled pistol, slammed it on top of the knife and declared, “If that is the law of Shelby County, this is the constitution that overrides all law.”

The ruffian backed down and the court proceeded. Judge Williamson enforced the law in Shelby County for four more years and those bad guys he didn’t hang or put in the hoosgow he ran out of Texas saying they’d be shot on sight if they returned.