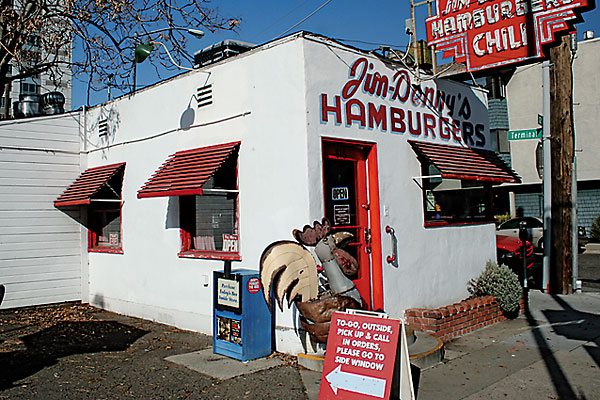 In Sacramento, California, you can still discover gold, and it comes in all shapes, sizes and colors.

Here are 10 things you need to do, and see if you can do it in one day. If you can’t, heck, make it two days or more. You’ll find out lots of gold is waiting to be discovered in this historic city.

10. Eat a Hearty Breakfast: The Sunrise Sandwich at the Magnolia Grill? A special omelet at the Fox & Goose Public House? Or a traditional eggs and bacon at the institution known as Jim-Denny’s? Eat well. You’ll be busy.

9. Go Military: Yes, blue-backing, liberal-leaning, wacky California is gung ho for the military, at least it is at the California State Military Museum, which preserves the state’s military heritage.

8. Be Filthy Rich: Take the guided tour at the Leland Stanford Mansion State Historic Park, the restored, four-story Victorian home of the ex-guv, rail tycoon and founder of Stanford University that serves as an official gathering place for state leaders. No, current-Guv “The Terminator” hasn’t wrecked the joint yet.

7. Go Native: The California State Indian Museum not only tells the story of the state’s Indian tribes, it includes a hands-on area for visitors. Want to try your hand at using a pump drill to make a hole in a shell bead? Or grind acorns?

6. Get Artistic: Established in 1885 as the West’s first public art museum, Crocker Art Museum houses more than 14,000 works of art. For its 125th anniversary, the museum reopens on October 10 with a new 125,000-square-foot addition.

5. Grab a Burger for Lunch: You’ve burned off breakfast by now, and Sacramento ranks as one of the best hamburger towns. The question is: Where to go? Back to Jim-Denny’s for the Five Cent Burger (it costs more these days)? A “Squeeze with Cheese” at the Squeeze Inn? Or a French Ground Steak Burger at Nationwide Freezer Meats? With any of these, you can’t go wrong. Then walk off that burger in Old Town Sacramento, which offers 28 acres of history and touristy fun.

4. Catch a Train: Whether you’re admiring one of 21 restored locomotives and rolling stock or actually riding a train (weekends from April through September) on a 40-minute, six-mile, round-trip loop, Old Town’s California State Railroad Museum is a delight. While you’re checking out museums, few museums interpret history for all ages better than the Sacramento History Museum. “Gold, Greed & Speculation: The Beginnings of Sacramento City” opened last summer in the lobby gallery and is a great way to examine Sacramento’s first 50 years.

3. Watch Sutter’s Fort Come Back to Life: This restored state park at the fort John Sutter established more than 150 years ago is known for its informative re-enactments. Relive the days of the California Battalion (September 11) or Sutter’s decision to leave his fort (October 16).

2. Taste the Nectar of the Gods: Although you’re close to some fine vineyards—Clarksburg (Old Sugar Mill), Acampo (Woodbridge) or Lodi (too many to choose)—you can find a pretty good bottle of vino (Rominger West, Rail Bridge, Carvalho) without even leaving Sacramento.

1. Grab Dinner: Hit one of those burger joints you missed for lunch, experience wonderful Asian cuisine (Taro’s by Mikuni or MaJong’s) or kick back at a brew pub (Sacramento or Rubicon Brewing Companies). After all you’ve done today, you deserve a beer.