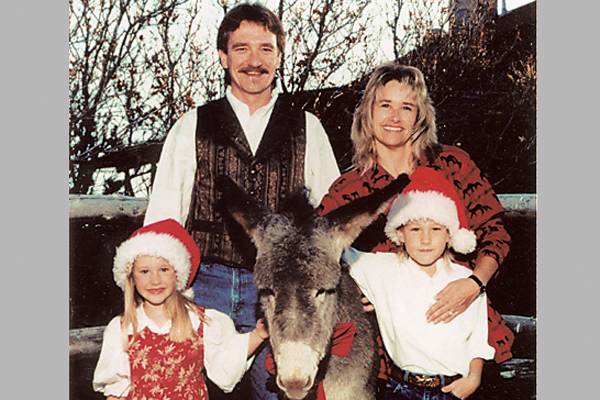 Most folks don’t begin their life’s work at the age of 12.

Michael Gibson, owner of Appaloosa Trading Company in Durango, Colorado, isn’t like most people. When an old-timer gave him his leather-working tools, Michael set about teaching himself to sculpt leather. Before long, he was also teaching the craft to his schoolmates.

After graduating from high school in Boulder, Colorado, Michael bounced around the West for a number of years, practicing his leather trade. In 1981, he landed in Durango and a year later,  founded his leather company, naming it for the Appaloosa horses his parents had owned.

Today, Michael and his wife Deb have two stores in Durango, a factory/store in nearby Hermosa and another manufacturing facility in Guadalajara, Mexico. Their offering of leather products is staggering and ranges from belts (beaded, vintage coin and horsehair, to name just a few styles) to canteens, wrist cuffs, wastepaper baskets, light switch plates, saddlebags, wallets, gun racks, slippers and on and on.

Famous clients include actors Tom Selleck, Sam Elliott and Billy Crystal (who stopped in one of Michael’s stores while in Durango, filming City Slickers). And if you think that Michael’s operation is just leather and nothing else, call him up and book one of his custom four-day horseback trips to Monument Valley. Actor, and Michael’s good friend, Harry Carey, Jr. did, and he had the time of his life.