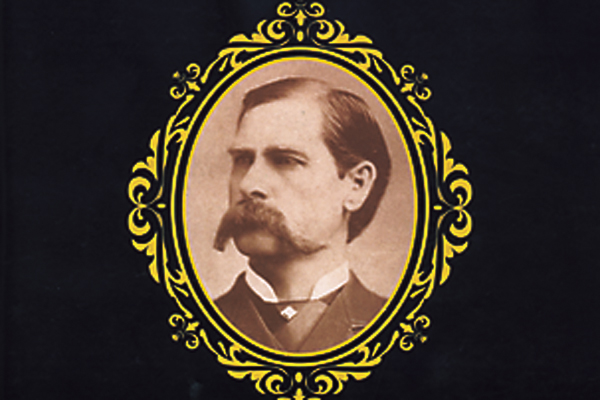 Without question, the two newest biographies on Wyatt Earp are the heaviest in history.

Their immense bulk inspires a “wow” response, and for readers well-versed on this beloved—or despised—icon, the prospect that the writers have revealed something new is exciting.

The books are Timothy Fattig’s Wyatt Earp: The Biography at 944 pages and 6.5 pounds, released by Talei Publishers. The other is Volume I (out of four) of Lee Silva’s self-published Wyatt Earp: A Biography of the Legend, which clocks in at 995 pages and tips the scales at five pounds—and Silva covers only the cow town years here and hasn’t even gotten to Tombstone!

The good news is that both authors have new information. Fattig, in particular, has found fresh tidbits on Wyatt’s life, especially in Tombstone, and has discovered previously unknown photographs (the prime example being one of Fred White, the ill-fated Tombstone marshal). Silva has had a lifelong fascination with the subject and his book includes many images of cowboys and gunfighters we’ve never seen before (although we don’t understand why he includes WWII photos of Gen. Dwight Eisenhower).

We also like that Silva has presented several good historical debates about Wyatt’s life, printing competing versions in tandem so readers can decide for themselves which side to believe. One effective debate is Wyatt’s alleged arrest of Ben Thompson.

The bad news is that anything new is buried in minutia and is presented in two books that each beg for an editor. Few but the most die-hard fans will ever wade through the hundreds of pages to learn something fresh, and those coming to this piece of Western history for the first time will find themselves too immersed in trivia to get the big picture.

We were mystified to find that Fattig’s usually succinct writing sometimes lapses into non-historical rhetoric. Describing Virgil Earp prior to the gunfight, Fattig writes, “The short-barreled shotgun in the Marshal’s hands seemed like a thousand-pound weight, and the passing of each second seemed to take an hour. Virgil suddenly found himself longing to be in dear old Prescott.” Huh? This kind of supposition is okay in fiction, but inadmissable in historical writing.

So, too, would an editor have kept Silva on track, rather than letting him meander off into strange cul-de-sacs. And the prospect that he has three more volumes on Wyatt in the works—well, for most readers there comes a point when they refuse to live every second of anyone else’s life, even Wyatt Earp’s.

Over the years, we’ve noticed that for some reason, Earp brings out the worst in scholarship. While others who left their mark on the West are examined warts and all, with Wyatt it often comes down to being for him or against him. Objective discussions of his qualities and faults too often bring on wrath. This happened to the much-maligned author Frank Waters, whose main sin in his The Earp Brothers of Tombstone was portraying Wyatt as a human being.

Tucson researcher Neil Carmony says that too many authors think it is their job to defend Wyatt, not examine him with clear eyes. “It’s not history; it’s a hero’s story,” Carmony says. The two new offerings fall into the hero side of the ledger, Carmony adds, as the authors “backstop Wyatt Earp at every turn,” making excuses for Wyatt’s lapses in judgment.

We’re not that harsh. Silva comes across as an objective reporter in much of his book, even though he has a tendency to side with Earp on the more controversial episodes. In contrast, Fattig seems  to be solidly in Earp’s corner for every round.

Still, no Earp library would be complete without these volumes, which took enormous efforts to produce.