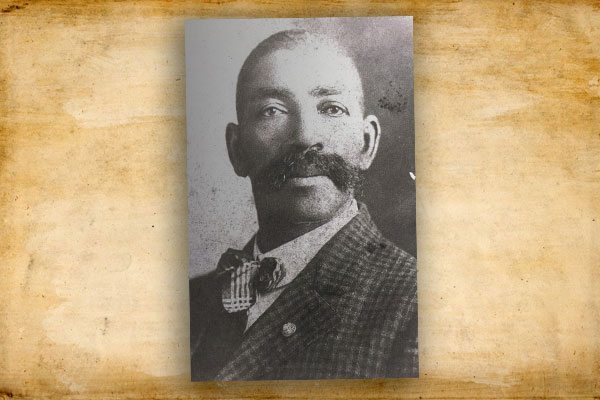 When those old gunfighters are sittin’ around up there in Valhalla discussing who was the best of em all the name Bass Reeves is sure to be among the top picks.

U.S. Deputy Marshal Bass Reeves was born into slavery but ran away and headed north to the Indian Territory where lived with the Creek and Seminole becoming fluent in all the languages of the Five Civilized Tribes.

Reeves worked in the Indian Territory for thirty-two years. He’s been called the “greatest U.S. Marshal in the history of the West.”  His jurisdiction was the most dangerous of them all. More than half of the U.S. Marshals killed in the line of duty since 1789 fell in the Indian and Oklahoma territories before statehood in 1907.

Reeves was a giant of a man standing 6’2” with broad shoulders. He was a crack shot with rifle and pistol, arresting some of the most dangerous outlaws in Oklahoma and the Indian Territory.  During his tenure as deputy marshal he arrested more than 3,000 men and women without being wounded.

And it’s worth believin’ that Bass Reeves was the inspiration for the fictional character “The Lone Ranger.”