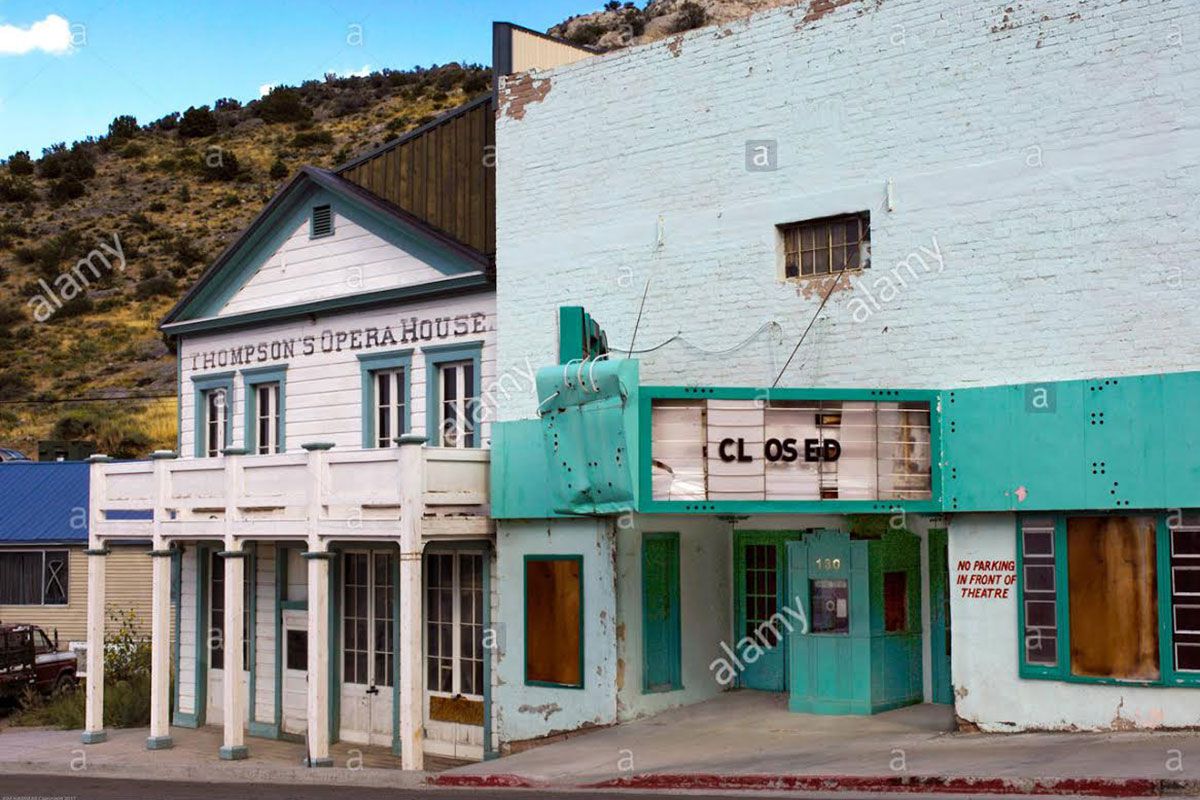 Women were so scarce in the early day boom towns that even the sight of one would always draw a crowd.  Miners paid top dollar to see such beautiful stage performers as Lola Montez, Lotta Crabtree, and Caroline Chapman.  These women were lavished with attention and gold dust from the lonely, love-starved prospectors.

But, there were limits to what even isolated miners would accept from unskilled performers, regardless of sex.  The Melodean Theater in Virginia City, Nevada, placarded every cliff and signboard on Sun Mountain with posters announcing the coming of Miss Antoinette Adams, the first actress to appear in the new boom town.

Enthusiasm was boundless as the day approached and on opening night every bench, corner, and windowsill of the Melodeon was filled.  After what seemed like ages, the curtain went up and Miss Adams strode to the footlights.

She was later described as “ugly as a snaggle-toothed dog.” She stood nearly six-feet-tall with a decided stoop to her shoulders, a long, goose neck, a large Roman nose, crooked mouth and faded, frizzed blonde hair.  Antoinette was old enough to be their aunt, one miner protested and the snickering audience immediately dubbed her “Auntie.”

Her opening song was “Under the Willow,” a ballad that was normally dear to the miner’s hearts.  Folding her hands across her chest, she began. Horrors, she could barely croak a note. Even the Washoe mules brayed better.  The miners were baffled, disappointed and kinda chagrined. They wanted to laugh. They wanted to cry, for they knew the they had been taken in and good.  As soon as Auntie finished the first verse, a miner named Hank Blanchard jumped to his feet

The miners rose and cheer after cheer shook the theater.  When they sat down, not a man cracked a smile. The braying songstress was so flustered she could not catch her breath.

Finally, she started again on “Willow.”  Again, they listened until her last note croaked and died upon the air.  Again, Hank rose from his seat and declared, “I, for one, think it’s time to retire ‘Auntie’ from the stage.  Let’s pension her and let her go.”

With that the applause swelled, the miners whooped and hollered, stamped and pounded upon the floor.  Half-dollars and silver dollars fell on the stage like a hail storm.

Even so, thunderous applause greeted her silent song.  Aunty, clutching her throat retired backstage. The foot stomping re-doubled when the manager came out and said, “Miss Adams thanks her admirers for their appreciation of her talent as a vocalist, but….”

“Auntie, Auntie, give us Auntie,” they interrupted.

Antoinette came out panting, beaten but determined to indulge her admirer’s passion.  She tried to sing but was so short of breath in the high mountain air that all she could manage was something that sounded like a burro with a bad cold.

The manager came out and apologized to the audience saying “Miss Adams begs me to say that she cannot sing anymore tonight, but she thanks you for all your courtesy.”

The next day the stage coach left town with Miss Antoinette Adams on board and carrying enough money to last her the rest of her natural life.