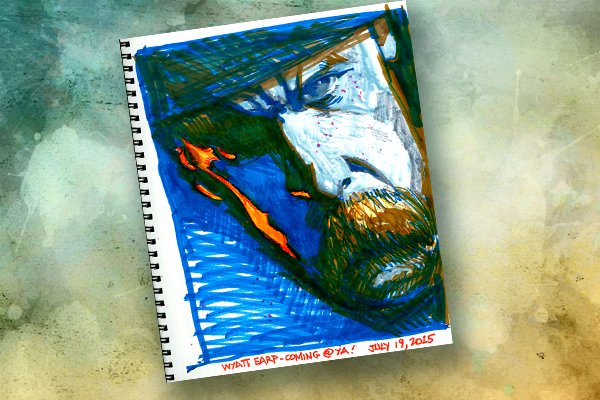 Wyatt Earp couldn’t get arrested—at least in show business parlance. In real life, Wyatt had been arrested many times: for prostitution in Illinois, for horse stealing in Kansas, for burglary in Arkansas, for claim jumping in Idaho, for attacking a law officer in Alaska and for bunco steering in Los Angeles.

With a murder warrant still out for his arrest in Arizona, one might think the outlaws in Hollywood would show Wyatt professional courtesy, but they did not. Even worse, they didn’t deem his story worthy of a movie.

That doesn’t mean Wyatt was unknown in Hollywood. A 1911 Los Angeles Times article on his sensationalized gunfighter tales endeared him to many, including actors William S. Hart and Tom Mix, and author Jack London. Wyatt and his common-law wife Sadie wrote a scathing letter to the editor, requesting a retraction.

Even as Wyatt’s notoriety grew, nobody in the hungry-for-new-stories Hollywood saw the potential for his unique story.