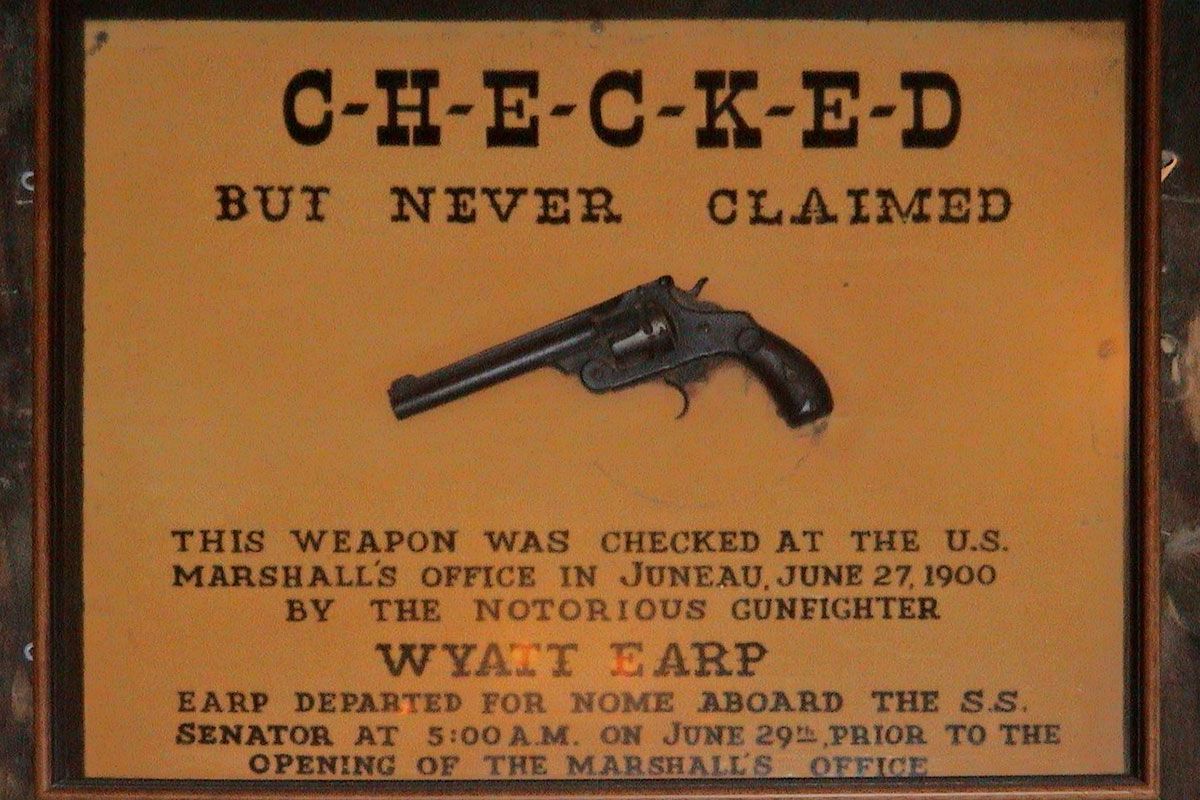 A Smith & Wesson revolver is exhibited at the Red Dog Saloon in Juneau, Alaska.
Purportedly, it belonged to Wyatt Earp, who came through town in June 1900 on the way
to the goldfields of Nome. He either checked the gun at the Red Dog or US marshals
took it from him and it ended up at the bar.

But there’s a problem. On June 27, 1900—the day he was supposedly in Juneau—Earp
was arrested for drunk and disorderly conduct in Nome, nearly 1100 miles away. But it’s
a nice story.