A Woman’s Perspective of Life on the Oregon Trail 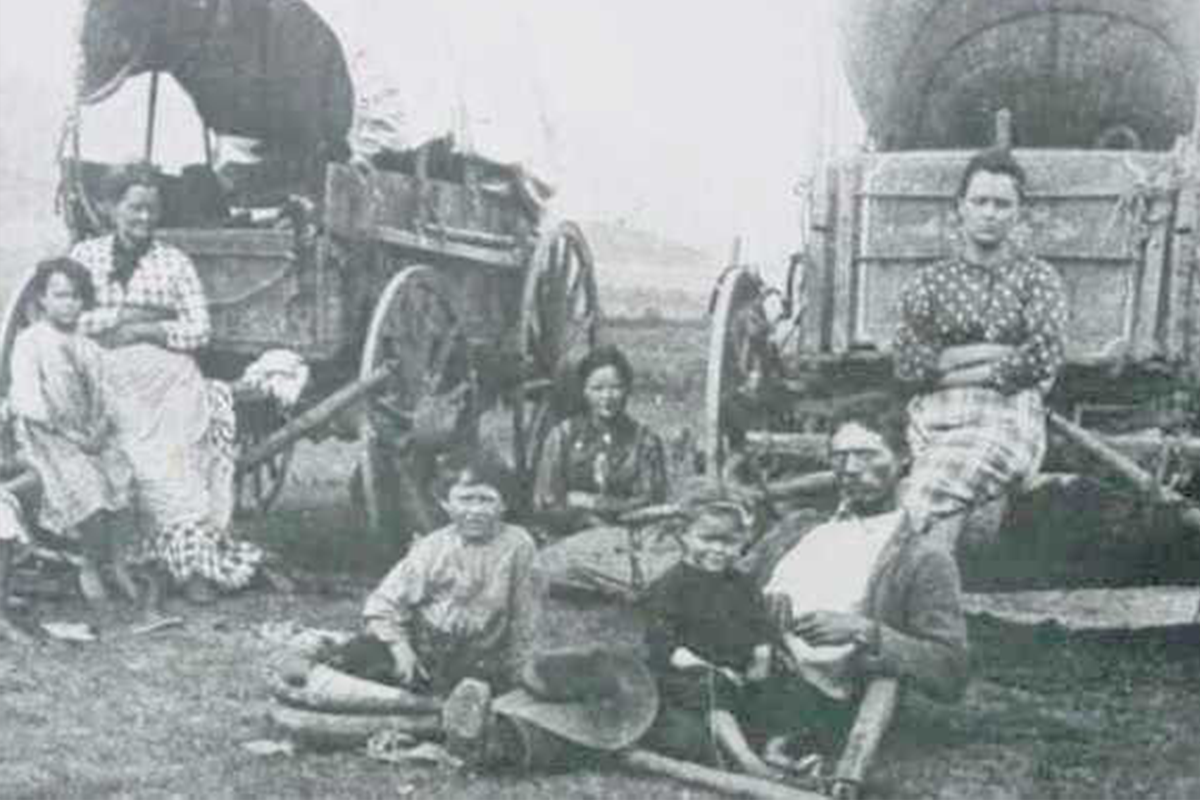 For the most part, the women did not want to leave home. They only went because their husbands or fathers insisted.

And on the journey, they cooked over campfires instead of in brick ovens. They made their meals with limited provisions and what they could glean along the trail. They washed with river water almost as muddy as the clothes, unless it was left to sit and settle. Their family members suffered illnesses such as cholera or yellow fever or pneumonia. Or they were injured in wagon or gun accidents. Or they drowned or were snake-bit or suffered some other calamity.

Deaths on the Oregon-California Trail could come from disease, accident, starvation, misadventure, slaying, or madness. But whatever the method, the Oregon Trail, leading emigrants west from Missouri or Illinois through Kansas, Nebraska, Wyoming, and eventually into Oregon, was a place of perishing. The Bureau of Land Management estimates that as many as 10% of the approximately 300,000 pioneers who rode the trail did not make it. It was about the same for the California Trail.

Grisly passings came at the hands mostly of cholera, which took an unknown thousands of pioneers. But they were also shot on accident, mostly by pioneers who were heavily armed but unfamiliar with weapon handling. People were crushed by wagon wheels, drowned, stabbed, or simply vanished.

The most famous and horrific tragedy on the Oregon/California Trail was the ill-fated Donner Party during the winter of 1846-1847. A total of ninety people in the party perished on the entire journey, most in the two winter camps. A few of the dead were eaten by the survivors. Thirty-four died in the camps at Truckee Lake and Alder Gulch, 25 males and 9 females. No adults over the age of 49 survived. Children between the ages of 6 and 14 fared than infants of 6 and younger. The three most significant factors in survival were age, sex, and the size of family group that each member traveled with. The survivors were on average, 7.5 years younger than those who died.

Men tend to metabolize protein faster. The women had more body fat.  Also, they don’t require as great a caloric intake. The younger ones were more likely to survive. 66% of the men 20-29 died.

“Prairie fever” is an affliction usually attributed to isolation Elizabeth Markham seems to have gone insane. Or, perhaps she went insane before they embarked. Six of her children died before reaching the age of three. She was traveling to Oregon with her husband, Samuel and five children.

On September 15th,1847 along the Snake River Canyon she decided she could go no further and informed her family she was going no further. After some argument Sam Markham took the family and moved on. Later that day he decided to send his eight-year-old son John, back to check on her. Hours later she returned alone and told them she’d beaten the boy to death with a rock. He rushed back to find his son clinging to life. Meanwhile, Lizzie set fire to one of the wagons. Fortunately, the fire was extinguished.

John survived and they made it to Oregon where she gave birth to two more children. But soon, Elizabeth and John were divorced and he went to California. She re-remarried again and divorced again. She became a poet and much of her poetry was devoted to the travails of marriage. Her surviving children later said she was an abusive mother. Apparently, her sanity never returned,