Apache Pass In movies the stage tries always to outrun the bad guys or Indians. Did that ever work? 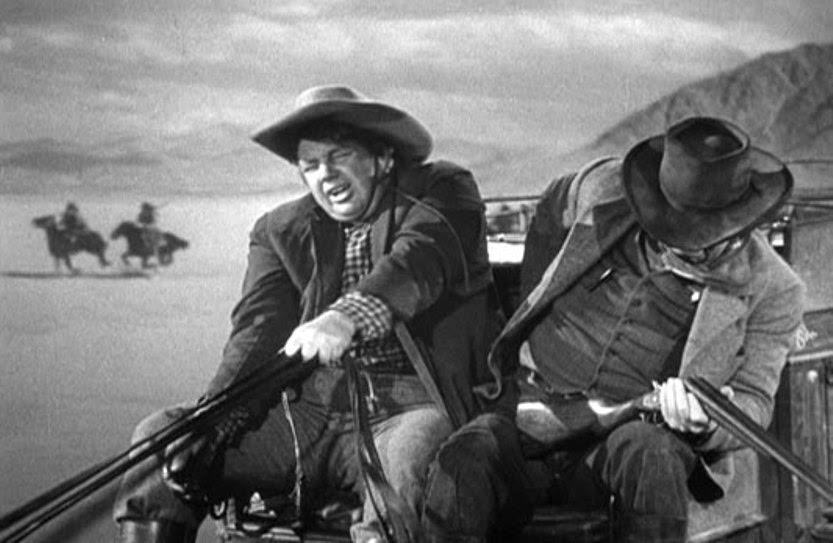 Chasing a stagecoach was mostly the stuff of Hollywood because it added more drama to the event.

In reality, the stage robbers tried to find a convenient, secluded place to pull a robbery. A hill or long slope was preferred. They also wanted a place of concealment to set up the ambush. Sometimes they would fire a warning shot to halt the stage and occasionally, they would shoot the shotgun messenger.

The Indians might pursue a stage on an open plain but that was unlikely. They’d usually set up an ambush in a pass.

In 1861 at the west entrance to Apache Pass, Chiricahua Apache warriors waited for the eastbound Butterfield Stage from Tucson, bound for Lordsburg with eleven people on board. As the coach rumbled down a steep grade several shots rang out hitting two passengers and two lead two mules. The mules were quickly cut loose and the coach raced desperately towards the station. At the bottom of the hill was a small wooden bridge.

Prior to the ambush the Apaches had removed the side planks over which the wheels would run in hopes of wrecking the stage. The driver put the whip to the remaining mules, who probably need no motivation, and they charged hard and belly slid right across the bridge. The Apache gave up the chase and the stage limped safely into the station.

Next, they tried a similar plan to stop the westbound stage coming from Lordsburg on the east end of the pass. It was a commonly used method for stopping small wagon trains. They piled dried grass at both ends of a narrow passage and when the stages or wagons were far enough into the pass they would set fires at both ends trapping their prey between two fires. This time the ploy didn’t work as the Apache responsible for lighting the fire at the other end was negligent in his duty and forgot to light it, allowing the stage to plow right through the grass.

These are but a few of the ways to halt a stage but as far as chasing a stage, the odds of success were not as good.