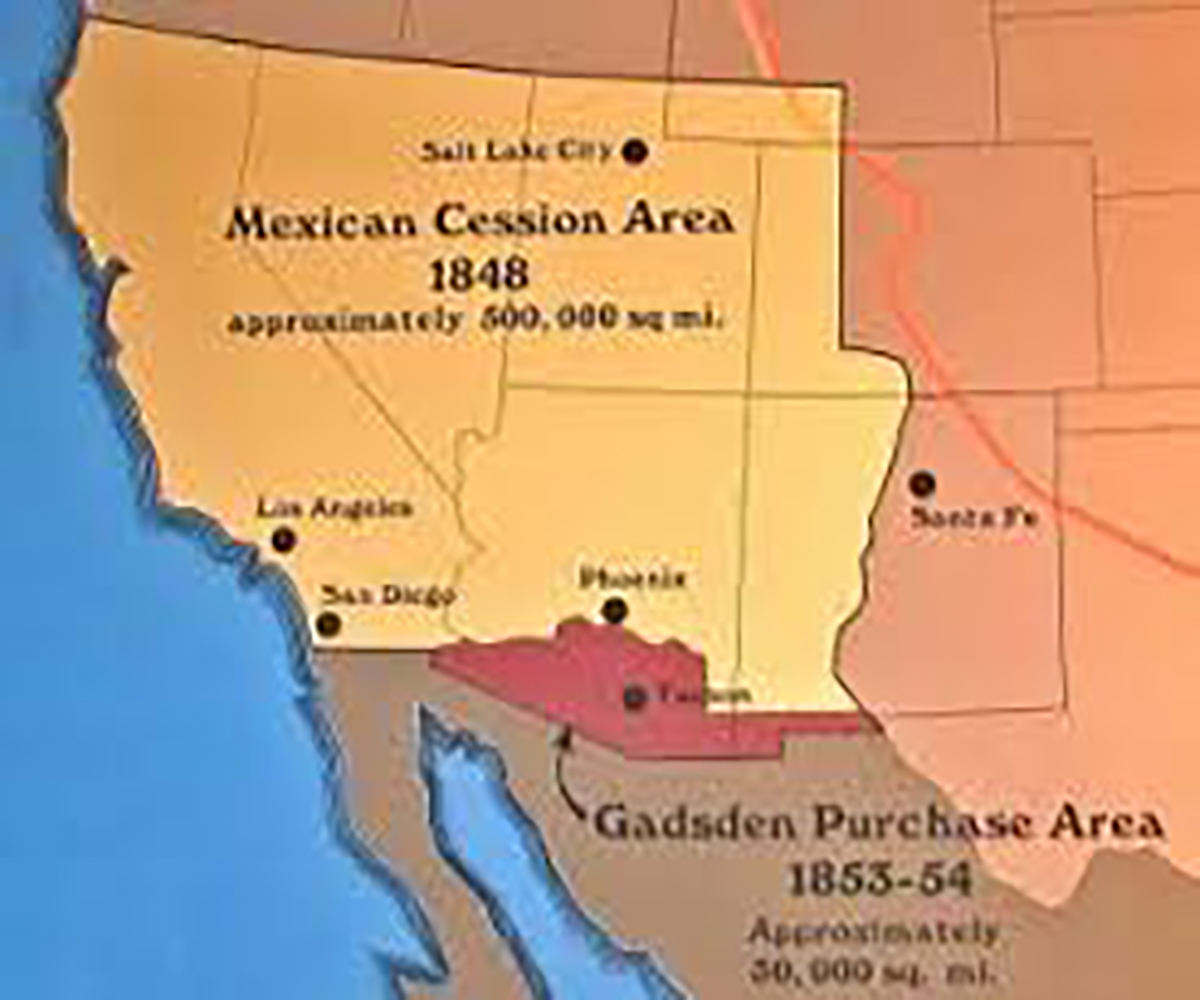 There’s an enduring legend in Arizona that says the engineer’s surveying the new boundary westward were supposed to make a beeline for the Sea of Cortez. At the town of Nogales they got roaring drunk and before leaving asked the bartender where the next saloon was located. He pointed in a northwesterly direction towards Yuma. So the surveyor’s changed course and headed to that way, depriving Arizona of a seaport on the Sea of Cortez aka Gulf of California.

Great story but it ain’t true. Nogales didn’t exist at the time. Mexico had recently lost more than half the republic and most Mexicans weren’t in the mood to part with any more land. However, Santa Ana was president again and needed money to maintain his shaky regime.

James Gadsden, Minister to Mexico, had five proposals, the largest would have purchased most of northern Mexico for $50 million. Santa Ana was ready to deal but in 1853 a party of filabusteros (land pirates) from Alta California led by William Walker invaded Baja California where he planned to set up his own republic.  His scheme was thwarted but the Mexicans were up in arms over the incident. The Gadsden Treaty, ratified in 1854, purchased only 29,670 for $10 million.

The line still might have gone due west to the Sea of Cortez, but Mexico didn’t want to lose a land route to the Baja. Juan Almonte, the highly-skilled diplomat, worked with influential senators to provide a land bridge.  There had been parity in the United States between the free and slavery states. Northerners feared the acquisition of more land below the Mason-Dixon line would change that by adding more slave states.

Had the line gone straight across from Nogales to the Sea of Cortez Arizona would have a coastline today with a lot of ocean front property.