After the Long Drive is Done 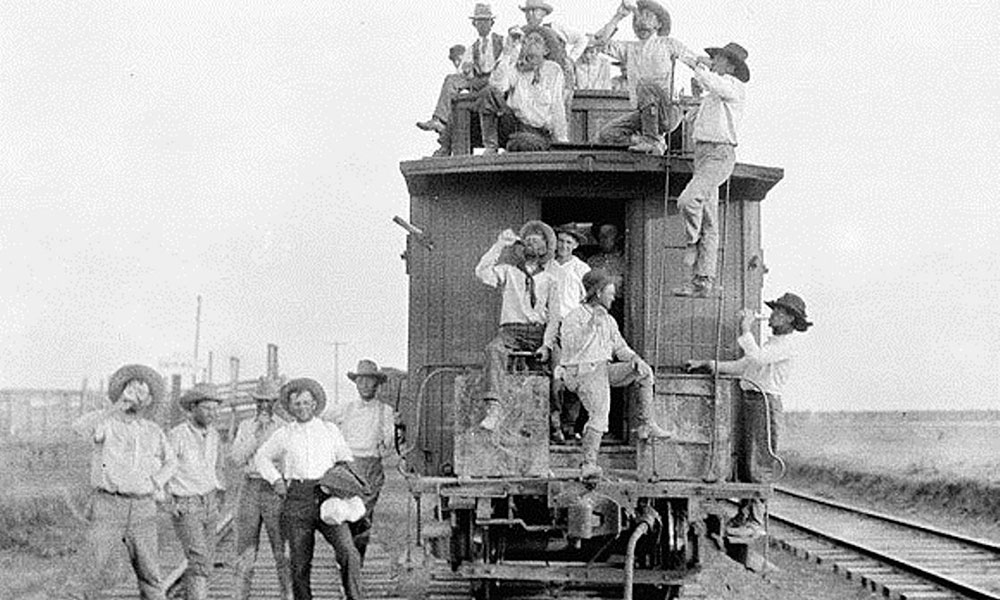 Trail-driving movies always show the cowboys drawing their pay after reaching Abilene, Dodge City or Wichita and heading for the nearest barber shop for a shave, haircut and a bath. They they’d stop by the general store and get some new duds. After that they’d head for one of the bordellos pay their respects to the ladies or the saloons and gambling parlors.

They’d proceed to part with some of their hard-earned pay. But when all the whoopin’ and hollerin’ was done what did they do next?  Did they return to the ranch from which they started?  Go someplace else? Did they travel alone or go as group?  Go by horse, wagon, stage, or what?

After the celebrating was done most of them, along with the wagons, headed back down the trail to Texas. A few might ride the train to Kansas City or Chicago with the herd and take in the sights before heading home.

The trail boss might be carrying a large sum of money to pay off the ranchers back in Texas so it was nice to have the cowhands along to make sure it got to home safely. There were always some human jackals lying in wait between Kansas and Texas to relieve the trail boss of the loot. Later on it became possible to wire the money home.

The legendary Charlie Goodnight used his top hand Bose Ikard, a black man as his defacto banker.  Goodnight knew the outlaws would never search Bose since they wouldn’t believe a white man would trust a black man with his money.   Bose was the inspiration for Josh Deets in Larry McMurtry’s “Lonesome Dove.”

Once they got home they’d work through the winter and repeat the cycle the following year. The rancher might not need all his hands during the winter so some might “ride the grub line,” or stop by a ranch just about supper time and get a free meal. Folks who’d been holed up during the winter were always happy to see a new face and pick up on the latest news.