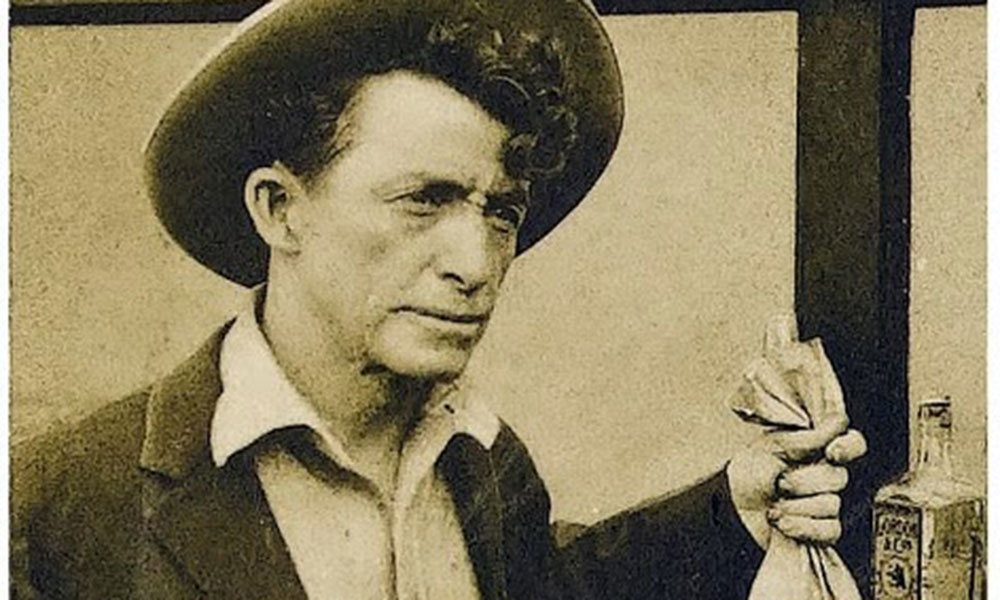 The Jennings gang has become the model for outlaw incompetence in the Old West. They did, however, manage to provide some comic-relief to lawmen. Their less-than sensational career has been called the shortest and funniest on record.

He joined with a couple of experienced outlaws, “Dynamite Dick” Clifton and “Little Dick” West.

On his first attempt to rob a train Al stood on the tracks and aimed his pistol at the engine as it came towards him. He escaped getting run over when he jumped out of its path as the last second. On their next try they got into the express car and after two unsuccessful attempts to blow the safe, gave up and told the engineer to take his train and leave.

On October 1st, 1897, near Pocasset, the Jennings gang overpowered a track crew and forced them to flag down the Rock Island southbound express. Once again their dynamite failed to blow open the safe. This time the gang lined up the passengers outside the train and fleecing them of their valuables, including a bunch of bananas and a jug of whiskey.

The next one was a big success. They got away with sixty dollars, which they had to split five ways.

On October 29th, the long riders humbled themselves by resorting to burglarizing a mercantile store for grub and another jug of whiskey. On December 6th, 1897, after just 109 days on the prod, Al and Frank were captured single-handed by U.S. Marshal, Bud Ledbetter.

He was sentenced for life but managed to get a pardon from President Teddy Roosevelt in 1904. A few years later, he ran for governor in Oklahoma.

One can’t say Jennings didn’t have moxie. After serving five years in prison, he became an evangelist, was re-admitted to the bar, went on the lecture circuit, during which, he sold a highly embellished story of his life as a daring train robber to a national magazine.  His “life story” was turned into a movie. Al went on to act and serve as technical advisor for several shoot-em-ups out in Hollywood. Thus, believing he qualified for the Valhalla of famous western outlaws,

Arguably the zaniest and most overrated train robber in the history of the West was Al Jennings of Oklahoma. He botched every attempt but eventually went to California where he became an advisor for western movies. He told tall tales about being a great train robber until he began to believe them himself. Al eventually bought himself a chicken ranch where he had his only gunfights. The first one he accidently shot a neighbor in the elbow while cleaning a loaded pistol. The other was when he shot at chicken thief, missed and killed his prize rooster. Al Jennings stood only 5’1” with his boots on. The only thing tall about him were his lurid tales. His wife Maude, whom insisted on calling “the little woman,” towered over him by several inches.

Al was at his best when yarnspinning. He referred to himself the “fastest gun on the range,” and claimed to have beat Jesse James in a shooting match. Al’s math was as bad as his train robbing ability as Jesse was already dead at the time Al said the match took place.

In 1945 Al sued the producers of “The Lone Ranger” radio show for defamation of character after an episode had the mask man shoot a pistol out his hand. He didn’t believe that even in the world of make believe, nobody was good enough to shoot the gun out the hand of such an expert as he, not even the Lone Ranger. The jury was amused but Al lost that one too.

In 1951 a shoot ’em up western movie hit the box offices with Dan Duryea starring as the Oklahoma outlaw who went straight….to Hollywood.