Big Nose Kate’s Story, in Her Own Words 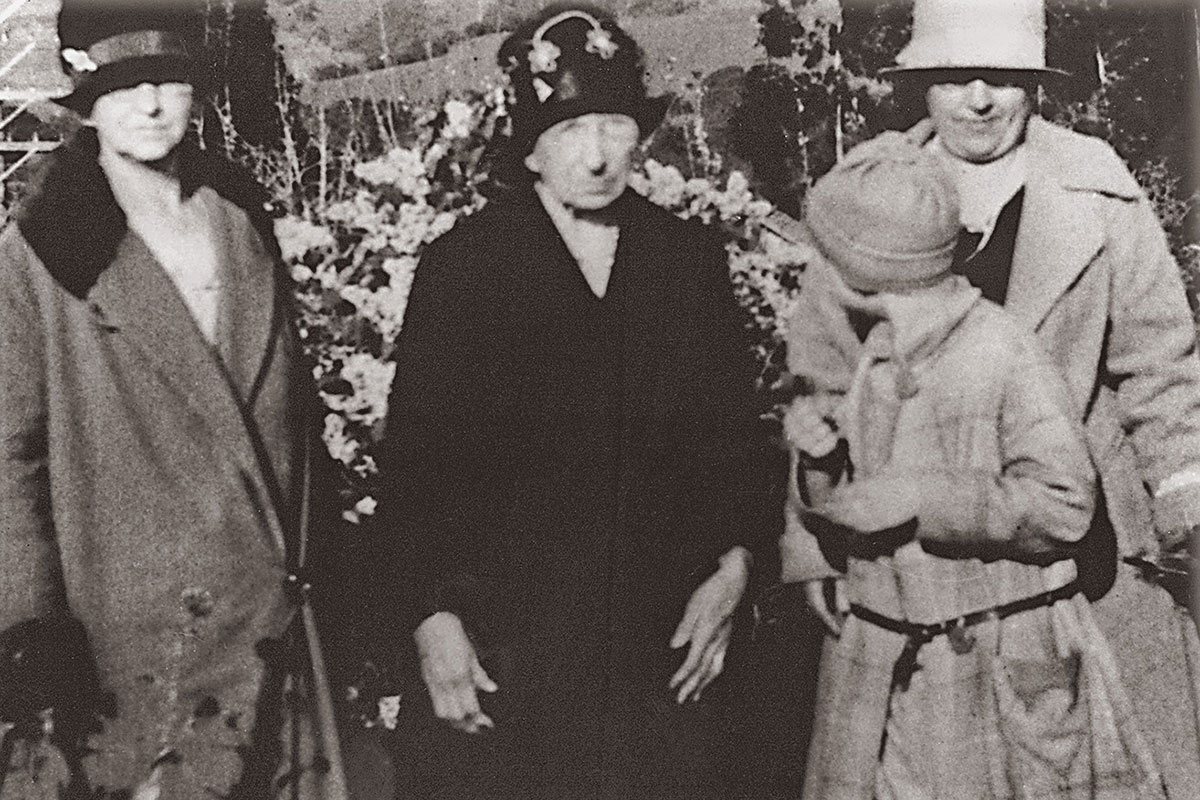 The old woman was in a familiar town. She and her lover had lived in Prescott, Arizona Territory, back in 1879-’80. Now, 55 years later, she lived in the Arizona Pioneers’ Home in Prescott, and she was telling her story to a college history professor. And what a story.

Her lover—she called him her husband—got into some difficulties with a group of cowboys in Tombstone in 1880. On a cold October day in 1881, a cowboy named Ike came into their room at a boardinghouse, looking for her man—Doc. A little while later, Doc and three of his friends (named Earp) had a shootout with the cowboys in the empty lot next to the boardinghouse. And she watched. And she consoled a weeping Doc after the fight.

The 85-year-old gave her insights on the O.K. Corral gunfight to A.W. Bork.

She was enrolled at the Pioneers’ Home as Mary Katherine Cummings, but she introduced herself to would-be biographers as Mary Katherine Elder. She was already known as “Big Nose” Kate. No matter what the name, she was the longtime paramour of Doc Holliday. And she had a story to tell. Or maybe stories.

Dr. Bork, who described her as “a trim, well-spoken little old lady and, like a lot of them, seeking respectability in old age.” She fibbed—especially in claiming that she and Doc Holliday were legally married in the 1870s, and that she was with Doc when he died in Glenwood Springs, Colorado, in 1887. There’s no evidence of either.

Kate didn’t start telling her story until the early 1930s, 50 years after the shootout and more than 40 years after Doc Holliday’s death. Doc biographer Dr. Gary Roberts said she was highly motivated. “The image of ‘Big Nose Kate Fisher’ as a troublesome and vindictive whore provided by [Wyatt Earp biographer Stuart] Lake, angered her,” says Roberts.

So what about her claim that she was in Tombstone—in Fly’s boardinghouse, next to the empty lot where the battle took place—when the street fight occurred, and that she comforted Doc immediately after? Some scholars say Kate’s description of the events was too detailed, too emotional to just dismiss as bad memory or fabrications. Anne Collier, an Earp/Tombstone researcher and curator of Cultural and Natural History Collections at the University of La Verne in California, says, “She was either in town at the time or she joined Doc soon thereafter [or he joined her].”

But like many of her other claims, there’s no physical evidence to support—or oral history to directly dispute—Kate’s story except her own oral testimony, much of which is correct. She was not called to testify under oath at the O.K. Corral preliminary hearing. But then again, she was a prostitute, claimed to be married to Doc—and had left town for Globe.

Kate’s story is not the only time a participant in history came out with a different version of events, years after the fact. Crow scouts told about their experiences at the Little Bighorn, which didn’t necessarily jibe with the surviving soldiers’ accounts. And Josephine Sarah Marcus Earp didn’t publicly talk about Wyatt and Tombstone until the 1930s—ironically, she was also motivated by Stuart Lake’s bio of Earp. To say the least, Josie/Sadie’s version differed greatly from others’, and cleaned up her life story quite a bit.

Kate opened up for self-promotion and redemption. She also hoped to make a bunch of money, but she asked for too much and the “autobiography” went unpublished until the 1960s, long after her death. Even today, it is the subject of scrutiny and debate. Big Nose Kate’s story—fiction or fact or somewhere in between?