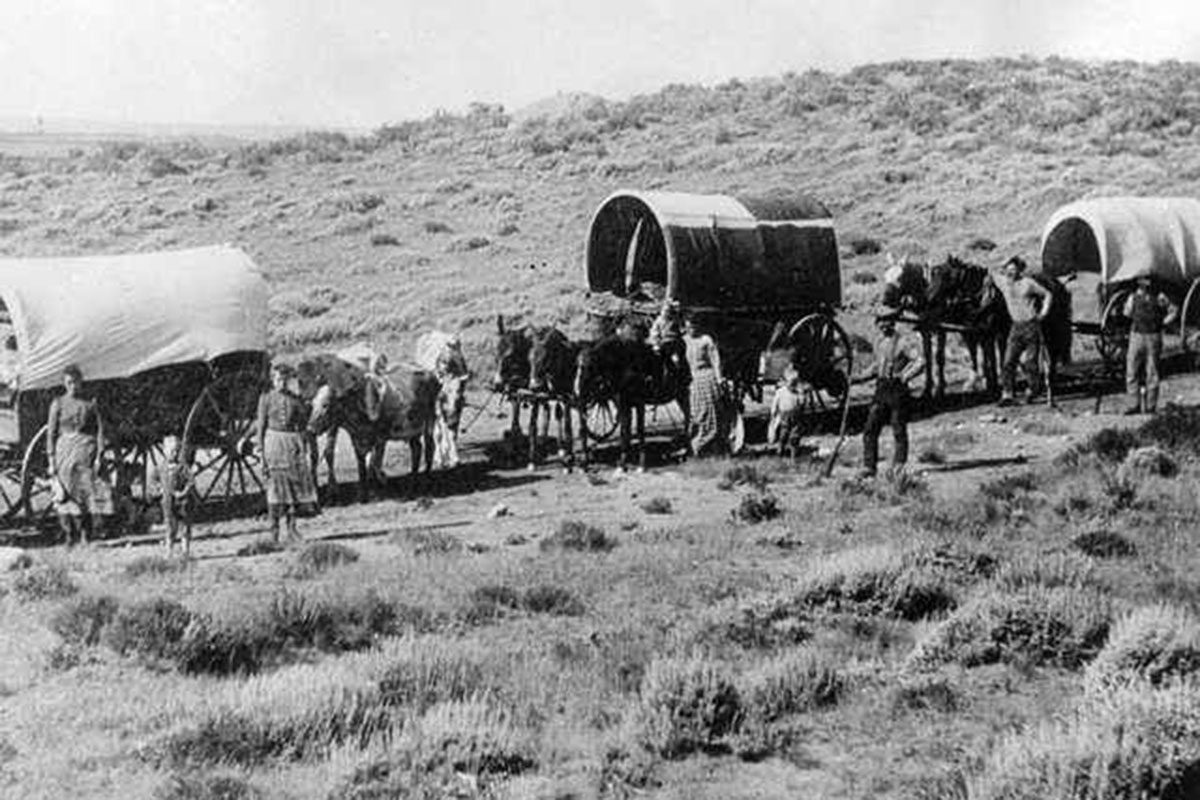 Emigrants heading west in covered wagons usually had a wagon master who knew the trails and had experience getting through the trials and travails of the trail safely. Pity those emigrants who didn’t go with experience and history tells us there were many of those. It was the wagon master’s job to maintain discipline and that was the key to surviving the trip. Still the stress and strain of the journey caused many to break. 1852 turned out to be the busiest year for wagon trains heading west. The end of the trail destination of some 2,000 miles from Kansas City to the Willamette Valley in Oregon and
1,500 miles to Sacramento, California.

Following the American custom of self-government they usually elected a council that held court for breaches of discipline. Usually the wagon master acted as judge but it also might be a preacher or some other respected traveler. These transgressions included such things as politics, religion, morals, family disputes, theft and of course, women. Other things known to split parties of emigrants were speed of travel, disputes over routes and treatment of animals. The usual punishment for serious breach of discipline such as rape and murder was banishment, firing squad or hanging. It was estimated that the peak year of wagon travel no less than fifty murders were committed.

How did they hang a man on the treeless prairie? They unhitched two wagons and raised the two ends of the wagon tongue’s together securing them and attached the hangman’s rope.

One of the most unusual stories of banishment was that of James and Margaret Reed. The couple and their children were members of the ill-fated Donner Party on their way to California in 1846. Trouble started when Reed took umbrage at a teamster named John Snyder for whipping an oxen. The two exchanged words then Snyder whacked Reed with his bullwhip. Reed pulled a hunting knife and killed him. A trial was held and Reed faced hanging but was banished instead and forced to leave his wife and children.

Ironically Reed made it safely to California and several weeks later, led one of the parties into the mountains to rescue the stranded survivors.