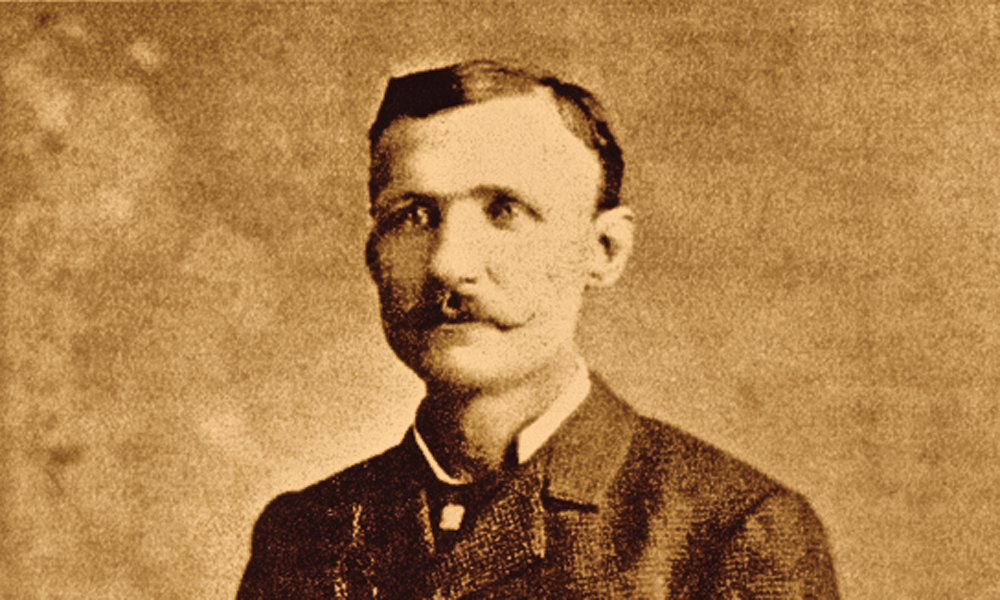 Somebody with a sense of humor, with more than a touch of irony, must have nicknamed John Morco “Happy Jack.”  Happy? Accounts record him as an illiterate drunk who bullied people and bragged about exploits that probably never happened. Somehow, in 1873, the scoundrel became a deputy in the cowtown of Ellsworth, Kansas.

A tough reputation was enough to  get on the police force in Ellsworth. Happy Jack probably secured his gig through lies he told, including his claim that he had killed a dozen men in Oregon (his estranged wife put the number at four, all shot unarmed).

Being corrupt did not hurt either, since Marshal John “Brocky Jack” Norton was on the take.  The lawmen got a fee for every arrest, so they frequently trumped up charges against visiting cowboys. Drovers from Texas didn’t take too kindly to that.

Happy Jack did his part on July 1, 1873, when he arrested gambler Billy Thompson.  Billy’s famed gunman brother, Ben, was also in town, and the two Thompsons were irritated by the takedown. Ben warned local lawmen to cool it on the arrests. The lawmen paid no mind to Ben’s request.

On August 15, Ben got into a row with another gambler over a debt. When he
tried to take charge, Happy Jack pulled a gun on him. The deputy challenged the Texan brothers to “get their guns,” which they did.

Ben and his extremely drunk brother Billy grabbed their firearms and went in the street for a standoff against Happy Jack and the gambler. Thinking he could cool things down, because he was respected by both sides, Ellsworth County Sheriff Chauncey “Cap” Whitney stepped in.

The sheriff convinced the Thompsons to put down their guns and go back to drinking. But Happy Jack, unwilling to back down, charged toward his quarry with a pistol in each hand.

Billy had already returned inside the saloon, but Ben saw Happy Jack and snapped off a rifle shot, which missed when the deputy ducked into a doorway. Billy, hearing the commotion, left the saloon, armed with a shotgun. In his cups, he stumbled, and the gun went off—mortally wounding Sheriff Whitney. Billy quickly left town. (Four years later, he was found not guilty of the Whitney murder since the shooting was deemed an accident.)

Over the next 12 days, the deputy was his usual drunk, bullying self, arresting and threatening folks. With tensions high in town, the Ellsworth city council fired the entire police force. Happy Jack did not get the memo, and he did not leave town.

On September 4, the inebriated former deputy took out his frustrations on a Texas cowboy outside an Ellsworth dance hall, yelling and screaming threats. Lawman Charlie Brown stepped in. Happy Jack pulled a gun, but not fast enough. Brown put slugs into Happy Jack’s head and chest, killing him instantly.

A local newspaper reported that the shooting made everybody but Happy Jack happy.  He ended up in a nice piece of ground in the Ellsworth Memorial Cemetery—where hopefully, for the first time, Happy Jack Morco rested in peace.