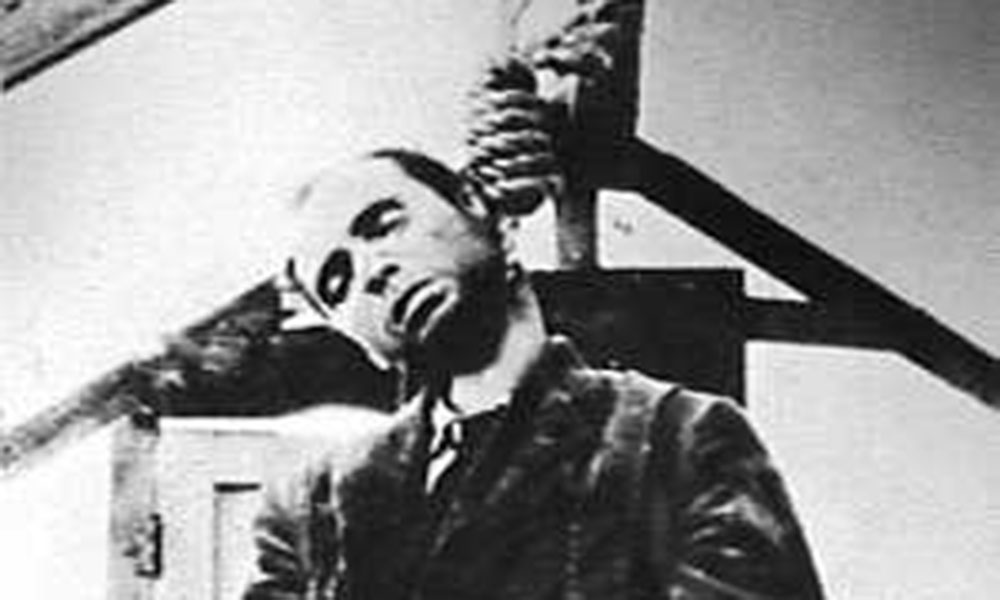 Joseph “Hooch” Simpson holds the distinction of being the last person lynched in California.

On April 19th, 1908 in Skidoo, California, Hooch ambushed and gunned down a respected citizen named Jim Arnold, proprietor of the Skidoo Trading Company in broad daylight and robbing him of twenty dollars.

Hooch has been described in various stories as a hard luck miner, a penniless bum, a scoundrel, an alcoholic and a no good rascal who was bound to be hanged someday. However, prior to the murder of Arnold, local newspaper accounts described him as a businessman. Hooch was half-owner of the Gold Seal Saloon and involved in several mining ventures. Hooch also had a stable of shady ladies including “Skidoo Babe” and “Blonde Betty.” Somewhere along the way Hooch seems to have acquired a case of syphilis from one of his soiled doves.

Arnold died that evening and three days later a lynch mob hanged Hooch from a telegraph pole.  That same telegraph line attached to the pole sent the news to the outside world and a few days later reporter from the Los Angeles Times showed up to take a photograph but by the time he arrived Hooch had been pushing up daisies for several days. That didn’t stop the hospitable locals who obliged him by digging up Hooch, brushing the dirt off and hanging him again.

It was said Hooch was a frequent guest of the red light district in Skidoo prompting the town doctor cut his head off to test it for syphilis, thinking that might be the cause of his sudden madness.

Old Skidoo is located near the better-known metropolis of Stovepipe Wells but all that remains of Skidoo is a historical marker.