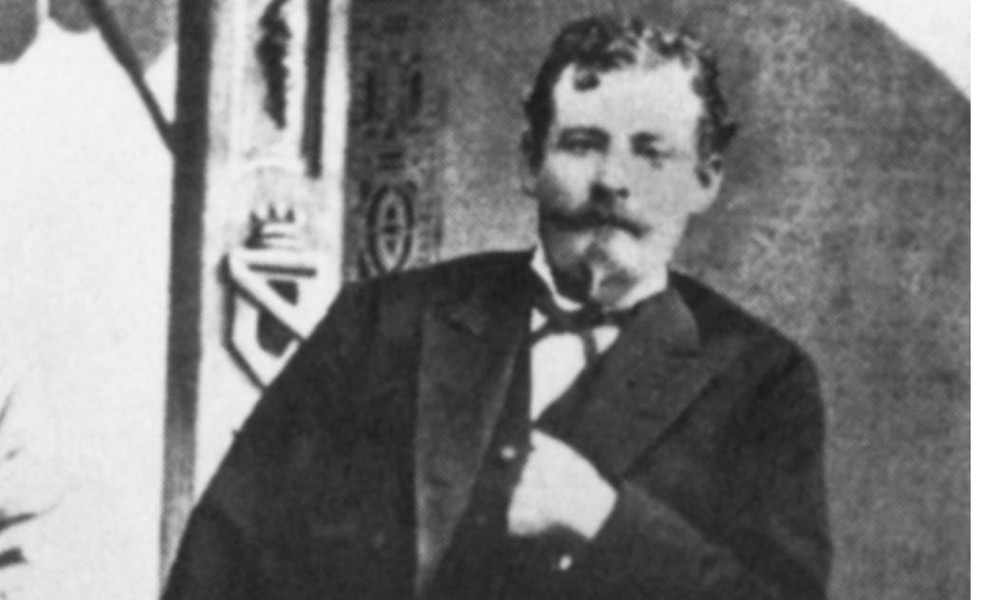 Ike Clanton managed to survive the “Gunfight Near the OK Corral” by running away after the shooting started and Wyatt Earp’s vendetta ride after the ambush wounding of Virgil Earp and the murder of Morgan. He and brother Fin moved their cattle thieving operations to the Springerville area. Their ranch, the Cienega Amarilla, was located east of Springerville near Escudilla Mountain. The Clanton’s and their associates had been accused of terrorizing local citizens, cattle rustling and even holding up the Apache County treasurer.

A story was told around Tombstone that the Clanton’s often boasted the reason their cattle business was so profitable is that they didn’t have to buy their cows. As he did in Tombstone, Ike passed himself off as a successful businessman. He had a lot of money to throw around and that was good for business.

On Christmas Day of 1886 in Springerville, Evans, wanting to see “if a bullet would go through a Mormon,” shot and killed Jim Hale in cold blood. Hale had incurred the wrath of the outlaws earlier after he helped identify some livestock they’d stolen.

But the law was closing in on the gang. Fin Clanton was already behind bars. In April 1887 Sheriff Commodore Perry Owens dispatched Apache County deputies Albert Miller and Rawhide Jake Brighton to go after Ike and his friends. Brighton, was also range detective for the cattleman’s association enforcing the law with a mail-order detective’s badge.

Billy Evans and Longhair Sprague met their deaths over in the Blue River country near the border with New Mexico. The two, along with Lee Renfro had stopped off at a ranch and after enjoying the rancher’s hospitality left the following morning with some of their host’s horses.

The rancher and two friends picked up their trail and caught up at the mouth of Eagle Creek where a gunfight ensued. Both Ace of Diamonds and Longhair Sprague were killed.

The third man, Renfro got away but he would soon be gunned down by range detective Brighton.

“Did you shoot me for money?” The dying outlaw asked.

“No, I shot you because you resisted arrest,” Brighton replied.

About that same time it was reported that Kid Swingle was found hanging from the limb of a tree.

Brighton and Albert Miller rode into the Blue River country looking for Ike and after three days of hard riding they stopped at the ranch of Peg Leg Wilson on Eagle Creek. They spent the night and the next morning as they were having breakfast Ike rode in. Brighton recognized him and went to the door.

Ike spotted the lawman, wheeled his horse around and bolted toward a thick stand of trees. At the same time he jerked his Winchester from its scabbard and threw it across his left arm.

Afterwards Wilson rode to the nearby Double Circle ranch where he found four of Ike’s friends who returned with him to identify the body.

Ike’s body, along with his spurs and pistol, was wrapped in a piece of canvas and buried at the Wilson ranch. The exact location of Ike’s grave remains a mystery.