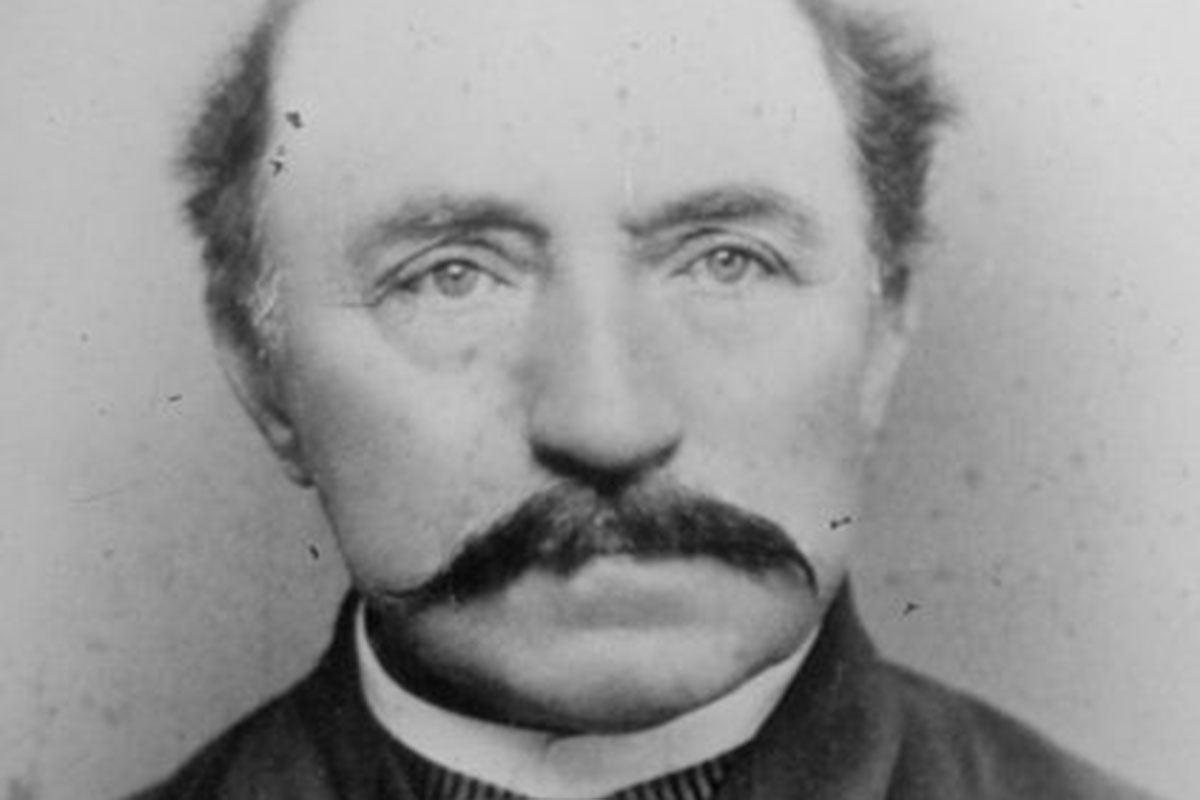 Many frontier towns had no official judge and usually a man respected for his wisdom would be called upon arbitrate disputes between two parties. If the man’s decisions were determined by the populace to be fair he would evolve into the role of justice of the
peace.

One such man was Charles H. Meyer of Tucson. Charlie was born in Hanover, Germany. He came to Arizona in 1858 with the U.S. Army and after his enlistment was up he opened a drugstore in Tucson. His training in the hospital corps had taught him a lot about mixing
medicines. He soon became known in the Old Pueblo as Dr. Meyer. He was elected justice of the peace in 1864 and held that office until the turn of the century. Charlie owned two books in the early days and it’s likely they were the only books in town. One was titled, The Technique of Setting Bones and the other was Materia Medica.

Both were in German and in times when a decision needed to be rendered, Judge Meyer would consult the Medica. These decisions were apparently never questioned as nobody could read German and who would dare question such a high authority as the Medica.

Judge Meyer became a terror not only to transgressors of the law in Tucson but to their lawyers as well. On at least one occasion he passed sentence on both attorney and client when the former questioned his decision.

Another of Charlie’s contributions to Tucson was the initiation of a “chain gang” system whereby a convicted person could work off his sentence by performing some civic function such as sweeping the streets.

He also had the uncanny ability to guess just how much cash the accused person was carrying. This would usually constitute the amount of the fine imposed.

Judge Meyer once fined a character named “Olive Camp” Johnnie Divine for racing his horse down Congress Street. Divine was known as a hard-working steady miner but when he came into town he displayed a proclivity for being a bit too destructive for Tucson’s more refined inhabitants.

His favorite stunt was to rent a horse at the livery stable and race up and down Congress Street. After being hauled up before the judge several times for the same offense the judge warned him the next race would cost him fifty bucks.

Sure enough, the next day Mr. Divine was standing before the bench again.

“What have you done now?” the judge asked in his strong German accent.

“Painting the town red!” was the reply.

“Well, I charge you fifty dollars for the paint.” The judge said as he brought down his gavel.

One on the most humorous episodes in his courtroom occurred after Judge Meyer and a companion were ticketed for speeding down Congress Street in a buggy. When the matter came up before the court he fined his friend fifteen dollars.

Then he got down off the bench and coming to the other side he faced the now-vacated seat and said, “You Charlie Meyer, I am surprised to find you are charged with fast driving and imperiling the lives of the people. You are old and ought to know better. I fine you
twenty-five dollars or twenty-five days in the county jail.”

Then, facing the audience once again he took out twenty-five dollars and laid it on the bar of justice. All this happened with much applause and laughter in the courtroom.