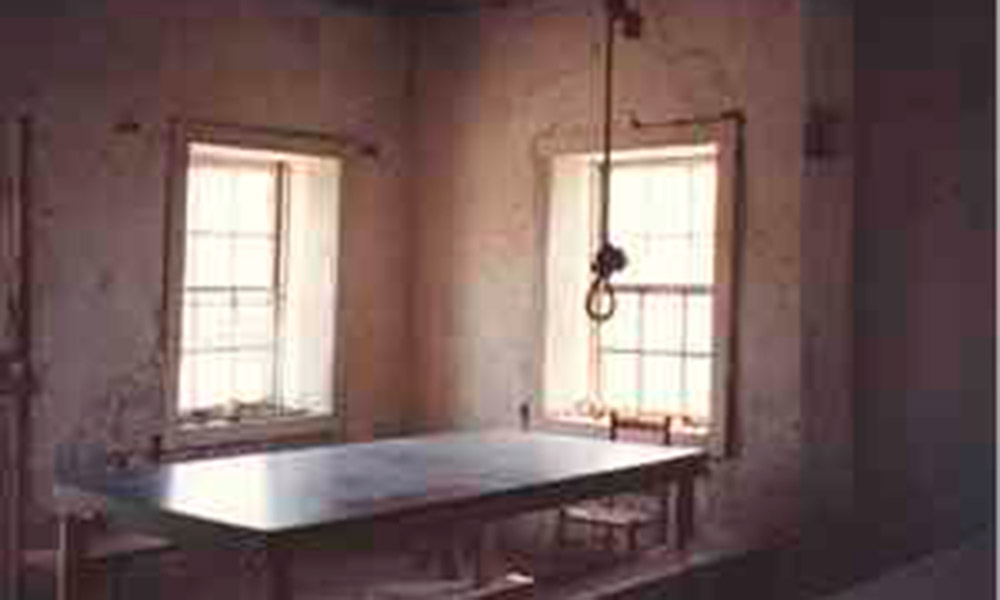 One of the West’s most unusual gunfighter wannabe’s was Bill Tettenborn, better-known as Russian Bill. There are a number of tales about his origins.  Some say he was a young lieutenant serving in the Russian Army before deserting to come to the Wild West because he wanted to become an outlaw.

Bill was described as a tall, “gangling man of blonde complexion.” According to one source, he had a “fierce blond mustache and blond hair which hung to his shoulders; he carried a six-gun on each hip and a long knife in his boot, and was always boasting to people about what a bad outlaw he was.”

By 1880, Russian Bill had taken up residence in Shakespeare, New Mexico. The town was also a lair for, outlaws, rustlers, thieves, renegades and other misfits.  Bill fell in with the rough crowd, including a small time outlaw named Sandy King and in a show of bravado, stole a horse.

Billl was immediately arrested by Grant County deputy sheriff, Dan Tucker and taken back to Shakespeare where he, along with King, were taken to the dining room of the Grand Hotel and given a “suspended sentence.”

When the morning stagecoach pulled into town the next day the passengers entered the dining room to find the two men were still hanging from the rafters.

A stranger passing through asked who’d been hanged he was told, “One was a horse thief and the other was a damned nuisance.”

To add further insult to Russian Bill’s humiliation, some thief stole his expensive new cowboy boots while he was hanging.