The Hazards of Underground Mining 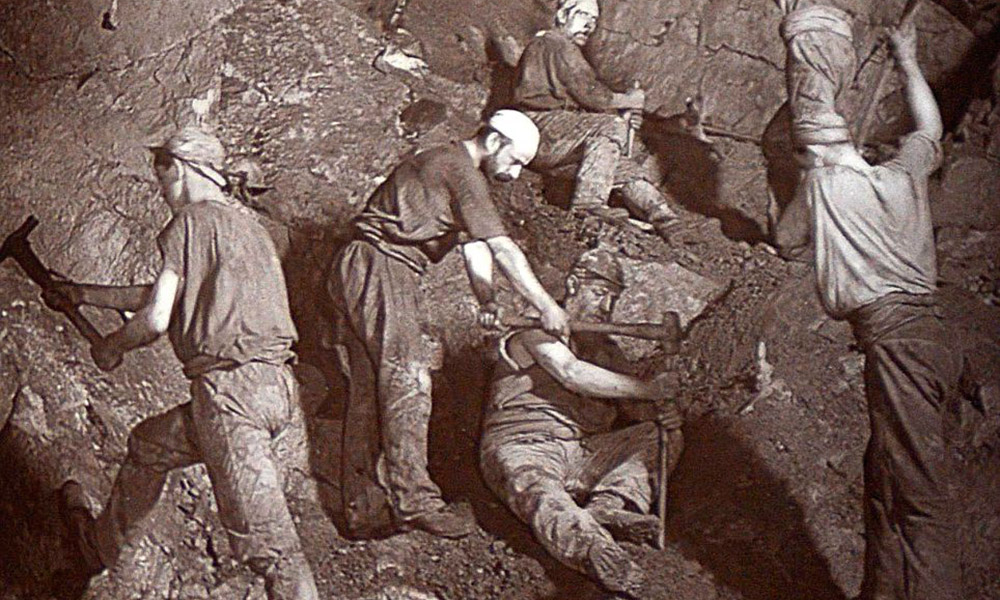 Those hard rock miners in mining camps like Jerome, Arizona faced a number of hazards including gas pockets, cave in’s, silicosis of the lungs caused by dust from the steam drills, caverns holding 170 degree scalding water, (150 degrees would cook meat), cage or elevator accidents, men sometimes fainted and fell hundreds of feet ricocheting off the timbers and into the scalding sump. Once a dog fell into the shaft and tumbled 300 feet landing on two miners and killing both.

But what the miners feared the most was—Fire!

In 1894 a fire broke out in the United Verde mine in Jerome that burned for more than twenty years. The area was flooded with both water and carbon dioxide in hopes of drowning the blaze. Because of the numerous cracks and vents, all attempts were unsuccessful. 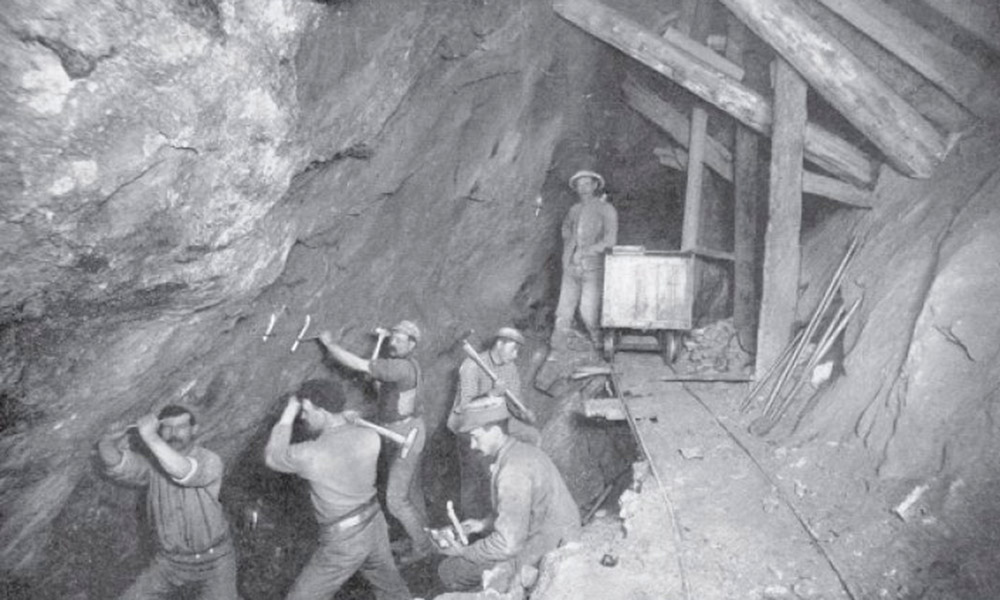 During the years the fire was out of control the only people able to work the mine were a group of Spanish specialists who became quite legendary on Cleopatra Hill. Their skills were handed down father to son. These miners were the only ones able to withstand the blazing heat where the temperature was over 150 degrees with rock temperatures much higher.

The mine continued to burn until the 1920s when open pit operations became profitable. The area was opened up and the flames were finally extinguished.

The greatest loss in the history of hard rock mining in America was the tragic, spectacular fire that occurred on June 8th, 1917 when 168 miners were lost at Granite Mountain in Butte, Montana.