The Lost Belle McKeever Mine 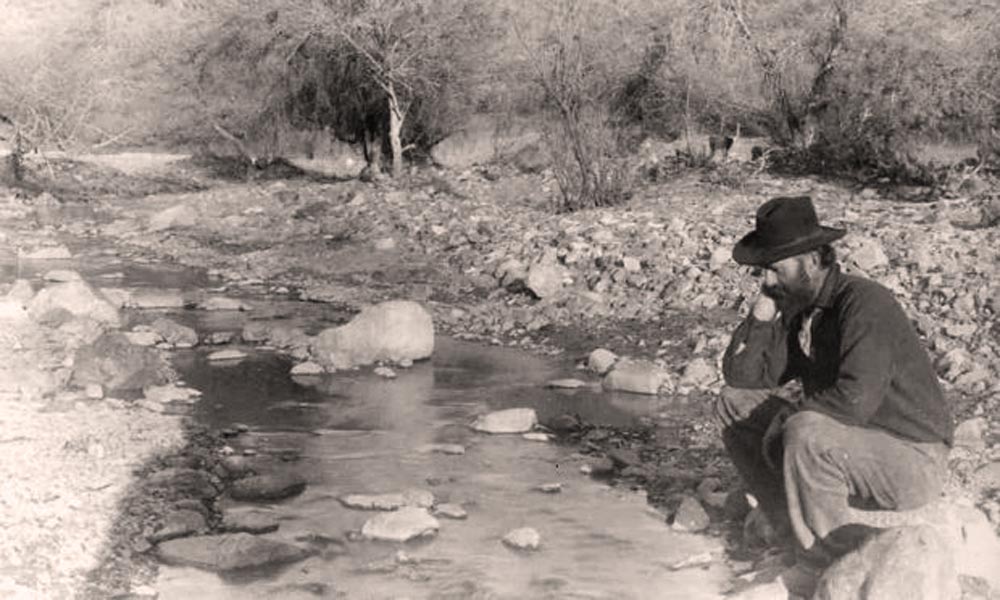 Arizona historian James McClintock called the Lost Belle McKeever, “the richest gold ledge ever discovered in North America.”  It was named not for some boom town belle but for the daughter of a family massacred by Indians near Gila Bend in 1869.  The Abner McKeever family was fording the river when they were attacked.  One of McKeever’s sons was on the opposite bank and survived the massacre.  He saw them ride off with his 13-year-old sister Belle.

Three soldiers from Ft. Yuma, Sergeant Crosswaite and private’s Joe Wormley and Eugene Flanigan were sent in pursuit but the desert heat was intense. The soldiers were ill-prepared and two horses quickly died of thirst. They drank the blood of the horses and ate the flesh raw, and wound up getting a severe case of dysentery. Things got worse when one of the soldiers Wormley became delirious.  The next day they stumbled upon a stream and as Flanigan drank, he saw gold nuggets, “as big as buckshot….. with occasional nuggets as big as blackberries.”

The men didn’t know where they were except somewhere near the Harquahala Mountains, west of today’s Phoenix.  Working with cups, knives and bare hands they dug out ten pounds of pure gold.

The soldiers then marked the site and named it the Belle McKeever after the missing girl. They packed 50 pounds of ore on one of the last horses and left.  But they were confused and soon lost their way in the blazing desert heat.

Crosswaite died from the heat and was left along the trail.  Then Wormley began wandering aimlessly.  He and Flanigan were found by friendly Indians near the Gila River.

Searchers also found the carcass of the horse with 50 pounds of gold ore that assayed out at the unheard sum of $75,000 a ton and said to be the richest gold ledge ever found in North America.

Before he died in 1880, Wormley tried several times to retrace his footsteps to relocate the Lost Belle McKeever but never could locate it again.

Flanigan eventually moved to Phoenix. He was so tormented and haunted by his desert ordeal that he marooned himself in the city. They said he couldn’t stand to be more than a few feet from water for the remainder of his life.

The little girl, Belle McKeever, was never found and neither was the mine named in her honor.