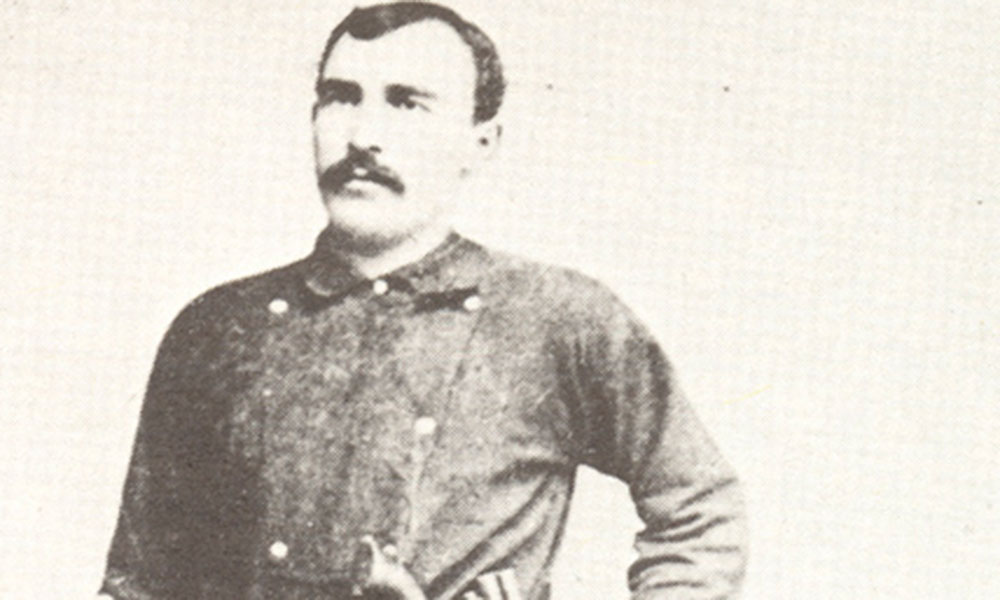 Dutch Henry Borne (also spelled Born and Bourne) was one of the most prevalent and notorious livestock thieves in the West. It’s surprising he isn’t better-known.

Like Jacob Waltz, the “Lost Dutchman,” Dutch Henry was German. His parents were immigrants from Germany and he was born in Wisconsin. Sometime in the late 1860s he was arrested for stealing government mules around Fort Smith, Arkansas and sentenced to prison but escaped soon afterward, went to Kansas and became a buffalo hunter. In 1874 he was with Billy Dixon, Bat Masterson and the others at the Second Battle of Adobe Walls when they were attacked by Quanah Parker and his Comanche warriors. Dixon made his famous “long shot.”

In the mid-1870s he led a large ring of livestock thieves. The livestock he rustled were mostly Indian horses and government mules. In 1877 he made a pact with cattle baron Charles Goodnight to avoid the JA branded cattle. Apparently Dutch honored the pact.

It‘s said Dutch Henry was so good at stealing horses the name “Dutch Henry” became a synonymous with a stolen horse but then a lot of his notorious life is steeped in local legend.

The Arkansas law caught up with him and he was returned to prison for a short time but by the late 1880’s he was back in Colorado mining around Creede. In the 1890s he was living over near Pagosa Springs. He married in 1900, had a family and lived a peaceful life saying he’d “had all the killing that he wanted.”

He died in 1921 of pneumonia and was buried at Pagosa Springs.

There was also another German “Dutch Henry.” This one was named Jauch, pronounced “Jaw.” He was also a notorious horse thief and he was known for his riding and roping skills, sense of humor and storytelling. He plied his trade mostly in Montana and western Canada. Other than being a livestock thief they said if you didn’t cross him he was a likeable guy and a good neighbor.

Dutch Henry Jauch died in 1906 but it’s not known if he was murdered or the law finally caught up with him.

Hollywood’s version was of another Dutch Henry; this one was Jimmy Stewart’s nemesis in the film Winchester 73. Actor Stephen McNally played an outlaw named Dutch Henry who steals James Stewart’s prize rifle in the 1950 film.