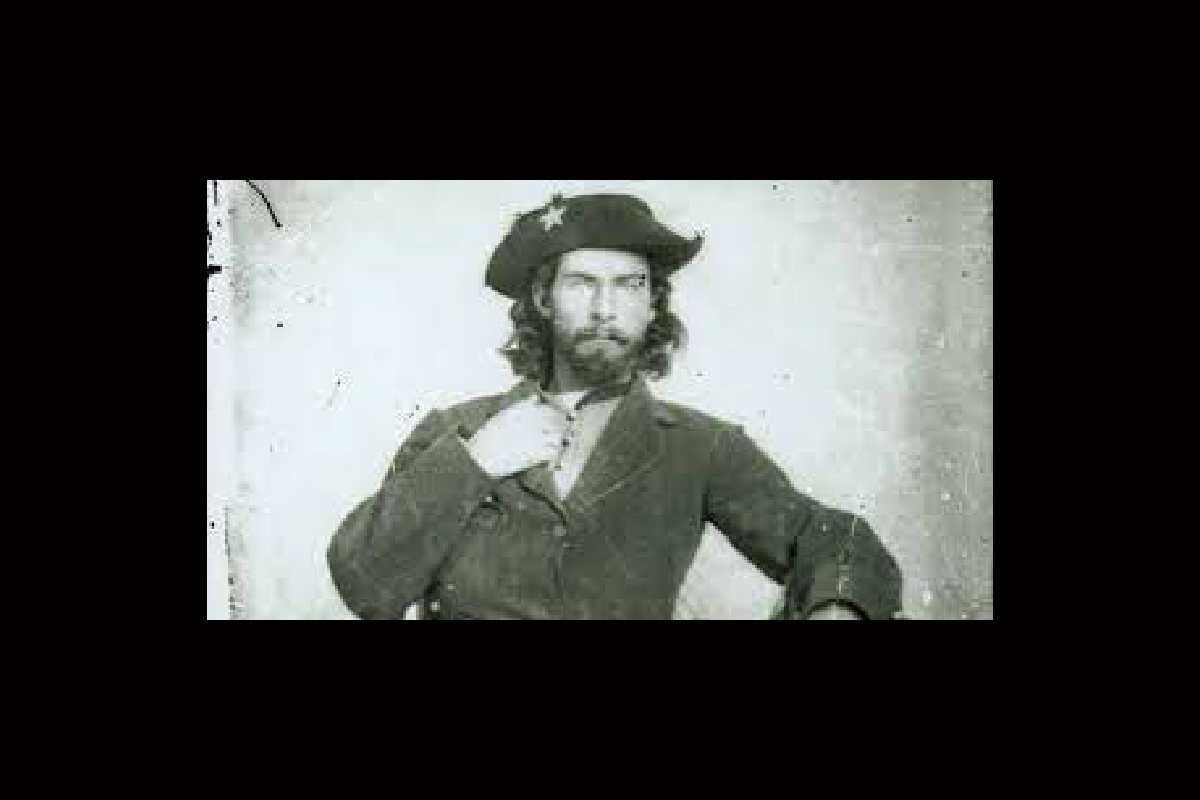 William Anderson has been called “The Bloodiest Man in the Civil War.” His bushwhackers were bands of soldiers that didn’t belong to an organized military force. They conducted one brutal raid after another, mostly in Kansas and Missouri. No quarter given by either side in the Kansas-Missouri war that preceded the Civil War. Combatants on both sides often scalped and mutilated their victims.

In May 1863, Anderson joined fellow-bushwhacker William “Charlie” Quantrill. On August 21st they arrived in Lawrence, Kansas and immediately killed some Union recruits. Among the raiders riding with Anderson’s group was Frank James. They commenced to raid, pillage and slaughter the men of Lawrence. At least 200 men and boys died. They pulled them out of cellars, executed them in front of their families. The man Quantrill wanted to kill most of all, Jim Lane, managed to escape running into a cornfield in his night shirt. Following the bloody raid at Lawrence, Bloody Bill became the most feared and vicious of the guerillas. After the raid a raider was found scalped, causing the guerillas to adopt the practice of scalping.

In August 1863 Union General Thomas Ewing Jr. attempted to thwart the guerillas by arresting their female relatives. Anderson’s two sisters were confined along with several other young girls in a three-story building in Kansas City. The building collapsed, killing one sister and severely injuring the other. Anderson believed Union soldiers deliberately caused the building to collapse. He became the most feared bushwhacker in Missouri.

On the morning of September 27th, 1864, Anderson and about 80 guerillas, including Frank and Jesse James swarmed into the tiny burg of Centralia, Missouri looting and pillaging. A barrel of whiskey was discovered and they swarmed around it like bees to honey. After about an hour a stagecoach rumbled into town. They robbed the passengers even though some were Southerners. About that time a train chuffed its way into town. Anderson had been waiting for it and had ordered his men to pile ties on the tracks. The Bushwhackers abandoned the stage and stormed into the train cars terrorizing the passengers. Entering the express car they discovered thousands of dollars in brand new greenbacks.

In one of the passenger cars they found 23 unarmed Union soldiers on furlough and headed home on leave. Anderson ordered them outside the car and lined up in two files. Two hesitated coming down the steps. Bloody Bill pulled his revolver, shot and killed both. The rest rushed to obey the orders. He then ordered and conducted the massacre soldiers. Afterwards came the scalping and mutilation. The Bushwhackers didn’t just execute the soldiers that day several passengers were also executed.

After Centralia, Bloody Bill’s days were numbered. A month later, on October 26th, 1864, he was shot in the head and killed by members of the 33rd Infantry Regiment, Missouri State Militia commanded by Lt. Colonel Sam Cox who found his camp near Albany, Missouri. Using a favorite of Andersons guerilla tactics, he would lure the wily Anderson into a trap. He deployed a force in a wooded area on both sides of the road. Then he sent a small detachment into Anderson’s camp, stir things up a bit, or bait them, they hightail it back down the road towards a line of timber. Bloody Bill, leading the charge, took a bullet to the head, pitched forward and hit the ground. The terrorist of Missouri was dead.

His blood-soaked body was put on public display at the local courthouse. His body was then taken to Richmond, Missouri and after his photo was taken Bloody Bill was decapitated by militia officers