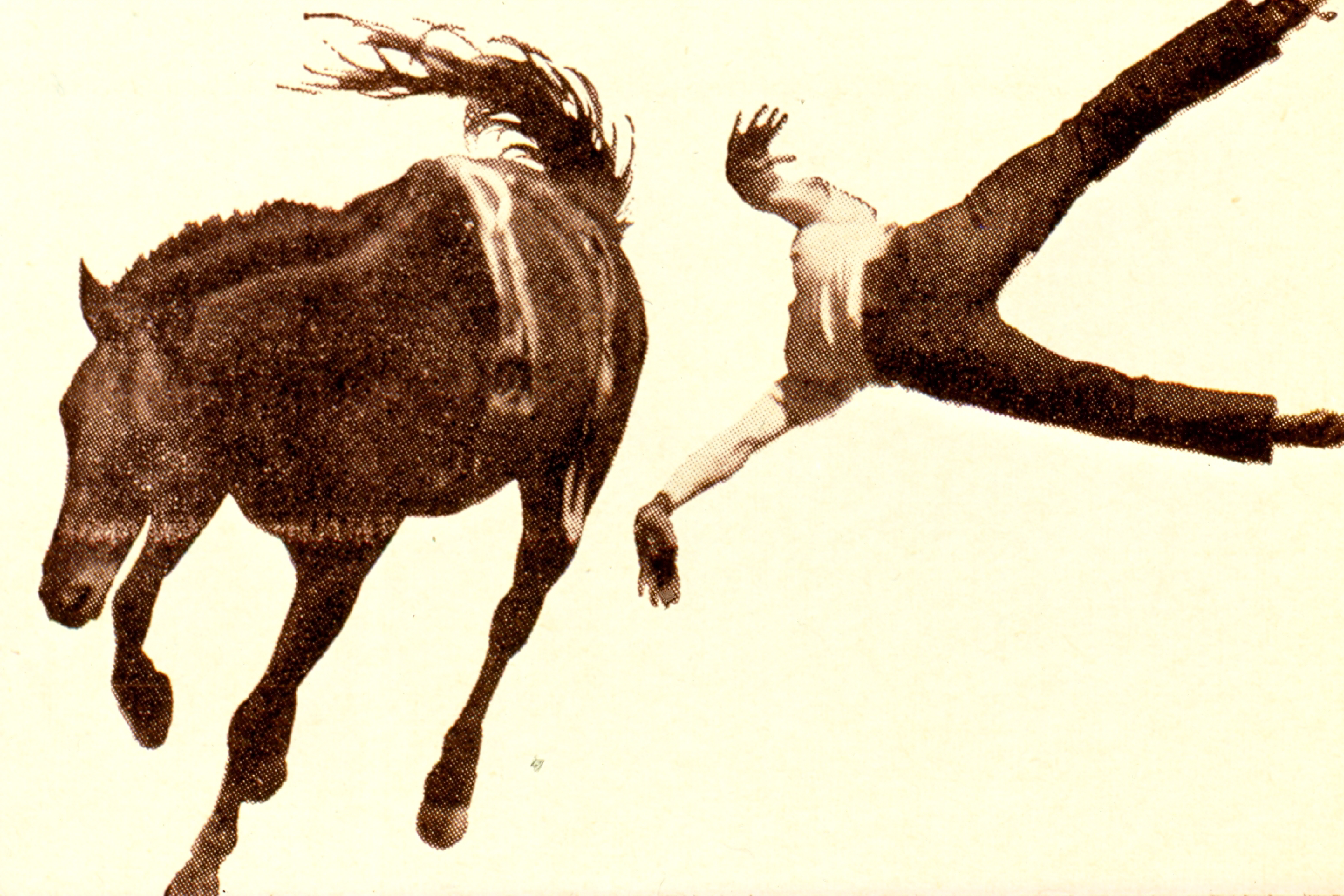 I heard an old cowboy say, “The trick to breaking a horse is to climb on and keep getting bucked off until the horse gets bored.”

It’s hard to say what works and what doesn’t because a lot depends on the personality of the horse and the cowboy doing the training.

Some bronc busters had luck with the gentle touch and others rode ‘em until they were broke. I think then and now they would all say, “Whatever ya do, don’t break their spirit.”

The old-time bronc busters might have several horses to break and didn’t have the luxury of patience and time to prep the animal to be ridden. That being said, some ranchers and foreman would fire a cowboy on the spot for being cruel to a horse.

Generally speaking horses today are trained to be manageable by humans for everything from racing and working cattle to therapeutic for people with disabilities.

Horses are social herd animals and need to be trained to respect and follow the trainer. They’re also prey animals and tend to shy away from the unknown or something new. I had a horse take “to a dance” one time when out of nowhere a tumbleweed blew across his path. So before actually mounting it’s important to get the animal used to a saddle blanket, halter, bit and bridle or saddle so the horse will know there’s nothing to fear.