Chief Joseph and The Nez Perce In response to Candy Moulton’s, fine story on Chief Joseph in the Feb-March 2020 issue of True West, a reader wanted to know why the Army didn’t let the Nez Perce go to Canada and be rid of them... 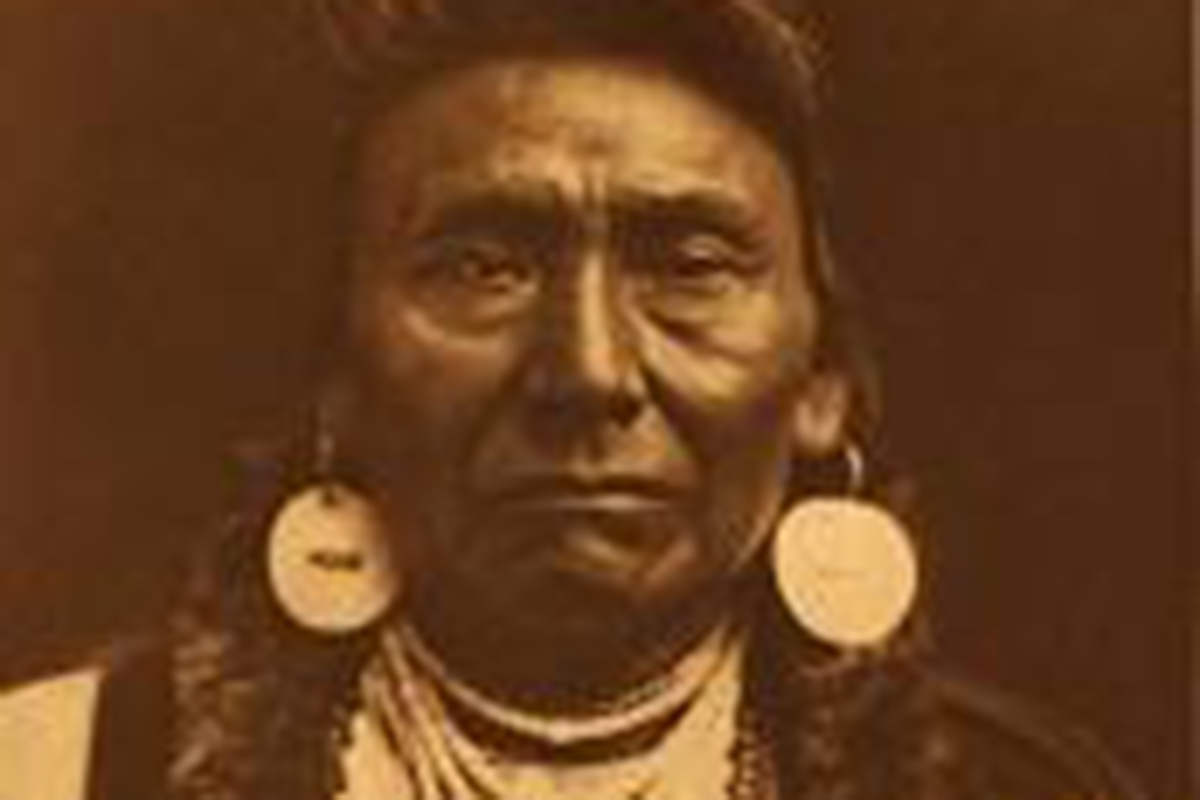 In response to Candy Moulton’s, fine story on Chief Joseph in the Feb-March 2020 issue of True West, a reader wanted to know why the Army didn’t let the Nez Perce go to Canada and be rid of them.

Candy Moulton’s thoughts are italicized below.

First, let me give you a little background. From the time the Nez Perce met Lewis and Clark they had been friendly with the whites. The missionaries had taught them animal husbandry and farming. Like the Comanche on the Southern Plains, they had become very successful at breeding excellent horses, gelding the inferior males and giving away the inferior mares, producing the finest horses in the northwest.

In 1855, the federal government settled them on a reservation in the Wallowa Valley. The tribe was given 10,000 sq. miles of land plus $200,000 as compensation for the lands they’d given up.

A few years later, in 1863, the government, realizing more whites were moving into the Oregon Territory, reduced the size of the reservation to only 1,000 sq. miles. Old Joseph, Joseph’s father, was livid, tearing up his Christian Bible and reverting to his ancestral worship.  “The Nez Perce, especially Old Joseph’s Band did not agree to this treaty which they called The Thief Treaty.”

In 1871 Old Joseph died and his son inherited the full weight of chieftainship. The old chief was buried in his beloved Wallova Valley. Oregon Governor Layfayette Grover wanted the Lower Nez Perce to vacate his state to make way for “civilization.”

In May, 1877 General Howard gave the Nez Perce 30 days to vacate. Intent on avoiding warfare, Chief Joseph began moving his people out of the Wallova Valley. But, while Joseph was away gathering some cattle left behind, a few of the younger Nez Perce went on a rampage killing 14 whites including some women and children, causing the ranchers and farmers to flee into the villages. General Howard decided to call on the Army to quash the rebellion.

Eventually there were 20,000 troops plus civilian volunteers, some ten times the size of the Nez Perce. It appeared Chief Joseph and his people didn’t stand a chance. This takes us to White Bird Creek.

The Nez Perce had given the Army an old-fashioned, humiliating butt-whipping at White Bird Creek on June 17th, 1877, when a haughty Captain David Perry, acting on his own, decided to take his 103 cavalrymen and 11 civilian volunteers and attack Chief Joseph and the Nez Perce. They underestimated the fighting ability of the warriors, who administered a one-sided defeat in a running battle over several miles. Perry lost over a third of his men while the Nez Perce lost only two men wounded.

“After the first battle at White Bird Creek, to the last in October 1877, at the Bears Paw, the Nez Perce successfully fought and mainly eluded the army command of General Oliver O. Howard. The final battle, just 40 miles from the Canadian border, involved troops from both Howard’s command and the command of Nelson Miles. While some of the people, particularly those led by White Bird, and including Joseph’s young daughter, escaped to Canada, those who surrendered with Joseph were unable to flee because of age (either too young or too old), health issues, and even loyalty.

To let all the Nez Perce go to Canada so the army could be “rid” of them would have mean the military would have to admit defeat. And such an action was not in Miles’s vocabulary.