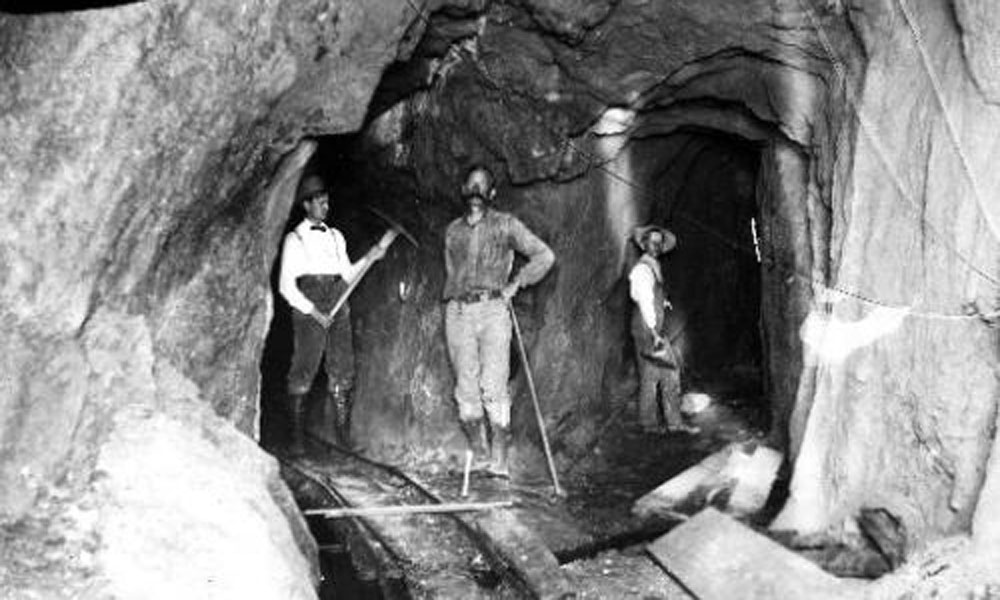 The rocky wilderness of the American West turned out to be the richest treasure trove of natural resources in the history of the civilized world. And the chance to get rich quick as a uniquely American article of faith was virtually born in the West.

With a single lucky break, one could instantly make as much money as he could lend or spend in a lifetime. For the first time in history the finder got to keep what he found.

The first gold strikes in Arizona occurred in the late 1850s and early 1860s along the Gila and Colorado Rivers. In 1863 Jack Swilling led the Walker party up the Hassayampa River and found gold in the area where Prescott is today. They were closely followed by the Weaver-Peeples party and Henry Wickenburg who struck it rich around where the town named for Henry was established. The 1860s are regarded as the age of the placer gold strikes in Arizona.

Placer gold, the kind you could mine with the toe or your boot, or a jackknife soon played out and the romantic day of the jackass prospector evolved into the era of the hard-rock miner.

In the early days of underground mining highly skilled Cornish miners with their unusual language and brogue were imported to do the work. At the time they led the world in mining technology and were regarded as the greatest hard rock miners in the world. This close-knit band of miners and their wives were known as “Cousin Jacks” and “Cousin Jennies” The name is supposed to come from their habit of addressing one another as “cousin” and Jack was a common Cornish name. Others say it was because they were always asking for a job for their cousin Jack back in Cornwall.

During the mid-19th century the tin and copper industry in Cornwall was in steep decline and the miners were well aware of the gold, silver and copper mines that were booming all over the American West. Over a quarter of a million Cornish or some 20% of their population immigrated to America between 1860 and 1900.