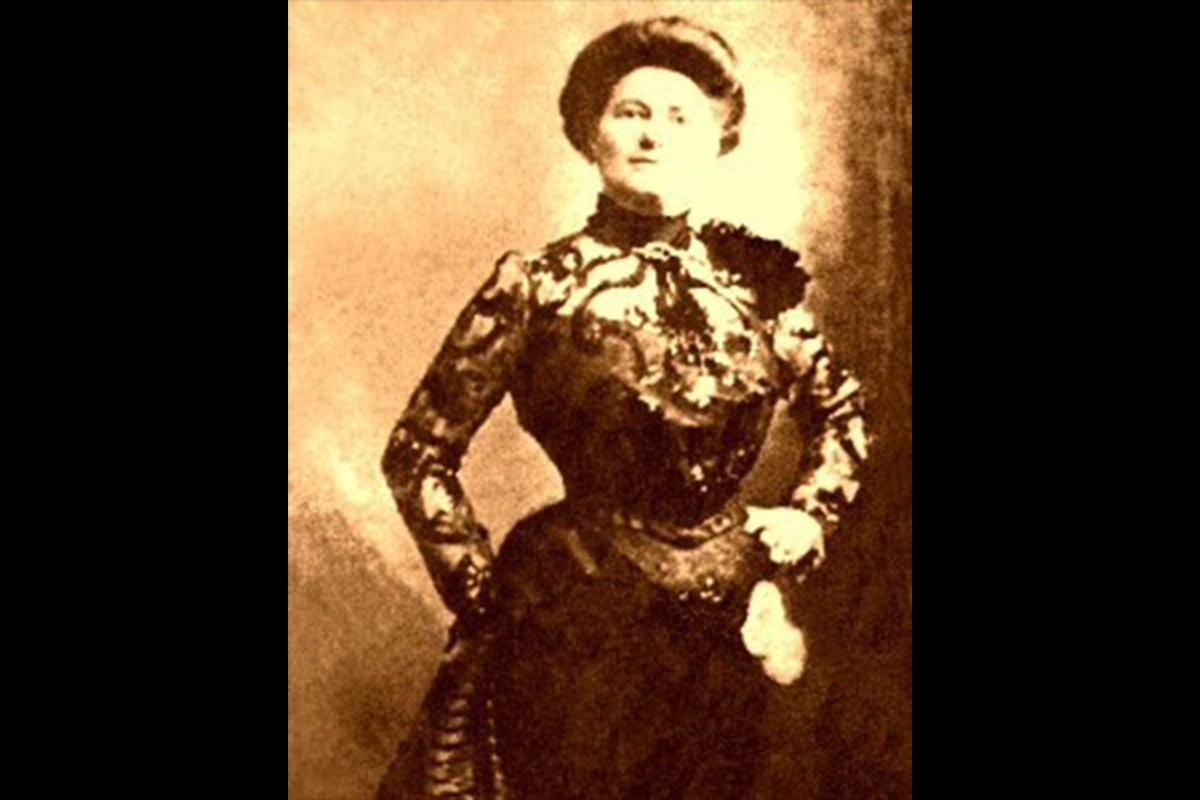 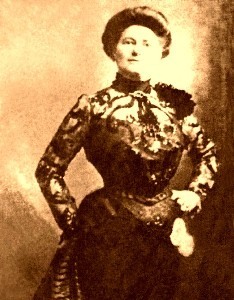 At the turn of the 20th century Fannie Porter was running one of the most luxurious brothels in Texas. She was born in England in February 1873 but moved to the United States with her family when she was just one year old.

He bordello “advertised” itself as a “boarding house.” The house was said to have boasted fine glass fixtures, silk sheets, and plush carpeting, and for her “special customers,” including members of the Wild Bunch, she served chilled champagne.

For several years, the brothel served as a rest stop, hideout, rendezvous, and headquarters for Butch Cassidy and the rest of the Hole-in-the-Wall Gang. In fact, it was here that Harry Longabaugh, better known as the Sundance Kid, is thought to have met Etta Place.  According to some accounts, the beautiful Etta was working at Fannie’s place as either a prostitute and it was Longabaugh who set her up as a teacher so she could start a new life.

Harvey Logan, known as Kid Curry, also met his girl, Annie Rogers, at Fannie’s brothel. Among the other “Wild Bunch Girls” was Laura Bullion, Lillie Davis and Della Moore, aka Annie Rogers. After her lover, Harvey Logan aka Kid Curry was killed she returned to Fanny’s place and after her days as a prostitute she became a schoolteacher.

Fanny attracted only the prettiest girls to work in her brothel. They practiced good hygiene and were dressed in the finest apparel. By 1895 Fannie’s establishment was one of the most popular in the entire West.

Though Fannie was well-connected and operated the brothel for the most part without interference from the law, she does show an arrest for “vagrancy” in the late 1880s. “Vagrancy” was the term generally used in police reports to describe prostitution at the time. On the other hand, Fannie, who was described as a “hard and shrewd woman” was also known to chase police officers from her place with a broom.

When the census was taken in 1900, Fannie’s “boarding house” was called home to five women, ranging in age from nineteen to twenty-four.

The last time the Wild Bunch is known to have visited her brothel was in February 1901, when they were between the bank robberies in Winnemucca, Nevada, and Wagner, Montana. With the law on their heels, the gang planned to split up and head in different directions. But before they rode out for the last time, Fannie threw them a going-away party.

Not long after the Wild Bunch were either rounded up or left the country, moral reform began to turn against openly operating brothels. Fannie closed her house and faded from history. No one really knows.