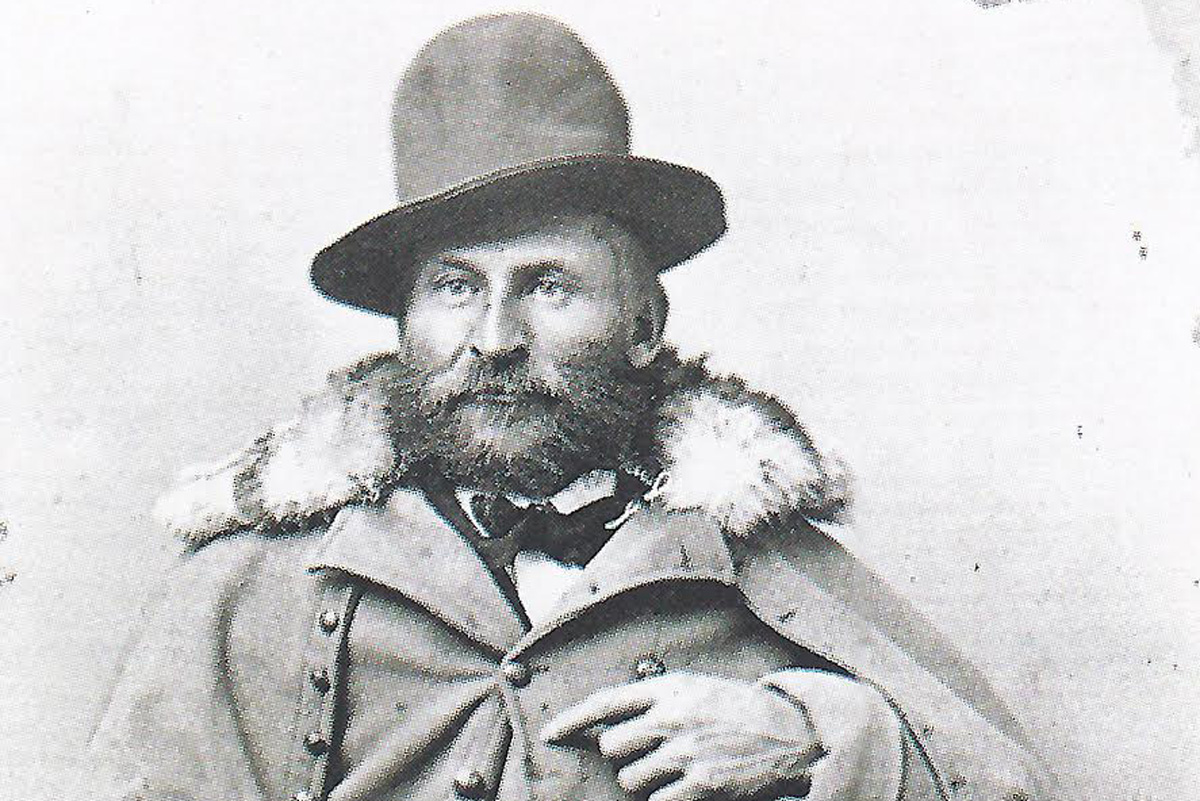 George Crook graduated from West Point in 1852 was assigned to the 4th Infantry, serving in California and Oregon. When the Civil War began in 1861, he was made colonel in the 35th Ohio Volunteer Infantry. He served in several commands throughout the war, primarily as a commander of Infantry. Among the battles were the Battle of South Mountain, Battle of Antietam, Chickamauga, Shenandoah Valley and Appomattox.

After the war he was posted to the 23rd Infantry in the Pacific Northwest. In 1872 he was transferred to the Department of Arizona to put an end to the long and frustrating war against the Yavapai and Tonto Apache in the rugged central mountains and impenetrable canyons. The relentless winter campaign of 1872-1873 finally brought and end to the fighting. His skilled use of Apache scouts and mule pack trains proved critical in the victory.

Crook was appointed brigadier general in the regular army by President Grant in 1873 following the campaign.

In 1875 he was transferred to the Department of the Platte and fought in the Great Sioux War of 1876. He returned to Arizona in 1882 and took command of the Department of Arizona. This time the campaign took him across the border into Mexico. Scores of American and Mexican civilians died at the hands of Geronimo and his raiders.

Crook was successful again, thanks to his Apache scouts and streamlined pack trains, in bringing all of the Chiricahua Apache back to the reservation except for the wily, untrustworthy Geronimo, who at Canyon de los Embudos broke his word again and bolted, after agreeing to surrender.

General Phil Sheridan, believing Crook was placing too much trust in the Apache, replaced him with the vainglorious General Nelson Miles who, basically followed Crook’s strategy, accepted the final surrender of Geronimo in September 1886. The ambitious Miles wanted all the credit for the successful campaign. Lt. Charles Gatewood, the real military hero in the surrender of Geronimo, was quickly transferred to Wyoming to keep the press from interviewing him. The grateful citizens of Tucson presented Miles with a silver sword that was actually paid for by Miles himself. The final insult was that Crook’s loyal Chiricahua scouts were shipped to Florida as prisoners of war along with Geronimo and his band.

Crook returned to command the Department of the Platte but continued to speak out against the injustices perpetrated on the Indian tribes.

When Major General George Crook died in 1890, Red Cloud war chief of the Oglala Lakota, paid him the greatest tribute when he said, “He, at least, never lied to us. His words gave us hope.”