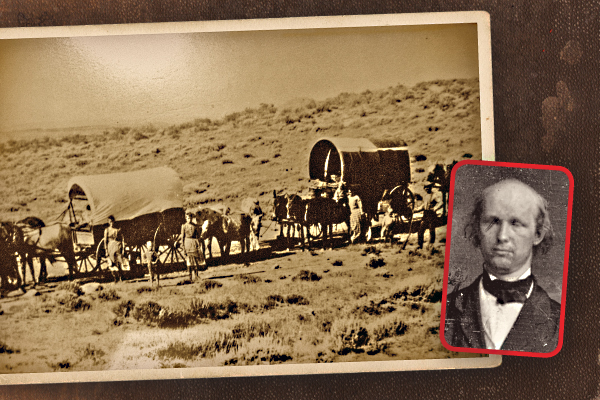 One of the most famous phrases of the 19th century, “Go West, young man!” reportedly inspired thousands of Eastern Americans to find their fortunes beyond the Mississippi. The statement perfectly conjures up Western expansion and manifest destiny.

Hold your horses, though. The phrase may be a great one, but its origin is iffy.

Tradition claims newspaperman Horace Greeley came up with the line, probably in his 1850 book Hints Toward Reform. Or maybe he used it in an 1860s editorial in his influential New-York Tribune. He must have used it in his many speeches during the 1870s…didn’t he?

Not as far as history shows.

Fred Shapiro, the editor of The Yale Book of Quotations, says no evidence points to Greeley ever using the phrase in print or that he said those exact words.

Yes, he probably used a variation on it. For example, for an August 1838 New Yorker article, Greeley said, “If any young man is about to commence the world, we say to him, p ublicly and privately, Go to the West.”

An 1853 biography quoted him saying, “I want to go into business, is the aspiration of our young men…. Friend, we answer to many…turn your face to the Great West, and there build up a home and fortune.”

Greeley repeated words along those lines for the rest of his life.

Another story suggests a different origin, that scholar-turned-newspaperman J.B.L. Soule used “Go West, young man” in an 1851 editorial in Indiana’s Terre Haute Express. Yet the term does not come up in a search of all of Soule’s commentaries.

Shapiro, a librarian and researcher at Yale Law School, offers this theory. That somebody, someplace, sometime simplified Greeley’s words into a catchphrase. But identifying that person may prove impossible.

Greeley, interestingly, was a bit tepid on taking his own advice. He did make a grand tour in 1859, visiting Colorado at the height of the gold rush before continuing on to California. A decade later, he invested in a Colorado colony that would come to be called Greeley. But move out West? After a lifetime in New York City? Not hardly.

He considered the region a place of “savage solitude and bleak desolation.” In 1869 or early 1870, while promoting the town named after him, he said in a meeting, “…I would advise no one who is doing well to leave his business and go West, unless he is sure of bettering his condition.”

Greeley understood that Western pioneers needed to be hardy, determined and ready to gamble everything on the chance of a new life. Being young was pretty much a necessity.

The frontier was not a place for everyone—especially a lifelong, ink-stained wretch from the East, who never actually said, “Go West, young man.”