Which Indian Tribes Tortured Their Prisoners? Nearly all the tribes tortured their captives to some degree... 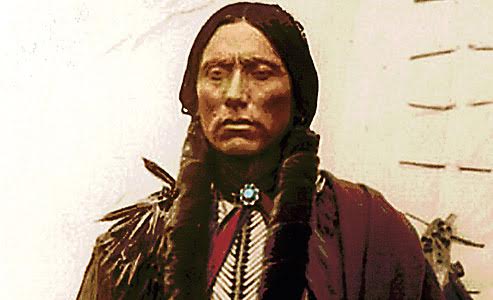 Long before the Euro-Americans arrived Indian tribes were constantly at war with one another. Captives were often put to death. While being tortured, they were expected to show self-control, bragging of their prowess as a warrior, showing defiance and singing their “death songs.” These were public events and the entire village attended, including the children. Some even participated in the torture, especially the women whose husbands or sons had died in battle. It was not uncommon to burn the captives. Execution of a captive, especially an adult male, could take several days and nights.

With some tribes, captives could be kept alive and assimilated into the tribe. When the Euro-Americans arrived they applied the established customary traditions to the newcomers.

Nearly all the tribes tortured their captives to some degree. Some, like the Plains tribes and the Apache were especially brutal. Rape was pretty common for women as was disfigurement. Many women who were taken as youngsters and were not ransomed eventually grew up and were taken as wives. Some, like Olive Oatman returned to her white culture after five years, while others like Cynthia Ann Parker, captured by Comanche at the age of nine on May 19th, 1836, she remained with her adopted people, eventually married the Quahadi, Chief, Peta Nokona and bore him three children. The oldest, Quanah became the greatest of Comanche chieftains.

On December 18th, 1860, Texas Rangers under Captain Sul Ross raided a Comanche hunting camp, captured Cynthia or Na’ura as she was now called, her infant daughter and brought her home. Na’ura missed her life as a Comanche and tried to escape several times. She learned that her young son, Pecos died of smallpox and her daughter, Topsanna, died of pneumonia. The stress of losing her children and unhappiness in not being able to rejoin her people brought on severe depression led to her death sometime around 1870.

After the Comanche were defeated by Colonel Ranald McKenzie in the Red River War of 1874-1875, the tribe was relocated to a reservation near Ft. Sill, Oklahoma. Quanah led his people through the transition. He negotiated with Texas ranchers, driving their cattle through the Comanche Reservation to pay the tribe a fee. Quanah, with the help of the Texans became a wealthy cattleman.

In 1905, Quanah and Geronimo, dressed in their Native American regalia, were the star attractions at President Theodore Roosevelt’s Inauguration Parade in Washington.

In 1910 Quanah arranged for his mother to be reinterred to a mission near his ranch at Cache, Oklahoma. He died a year later and was buried next to her. In 1957 both bodies were moved to Fort Sill and buried in the post cemetery.