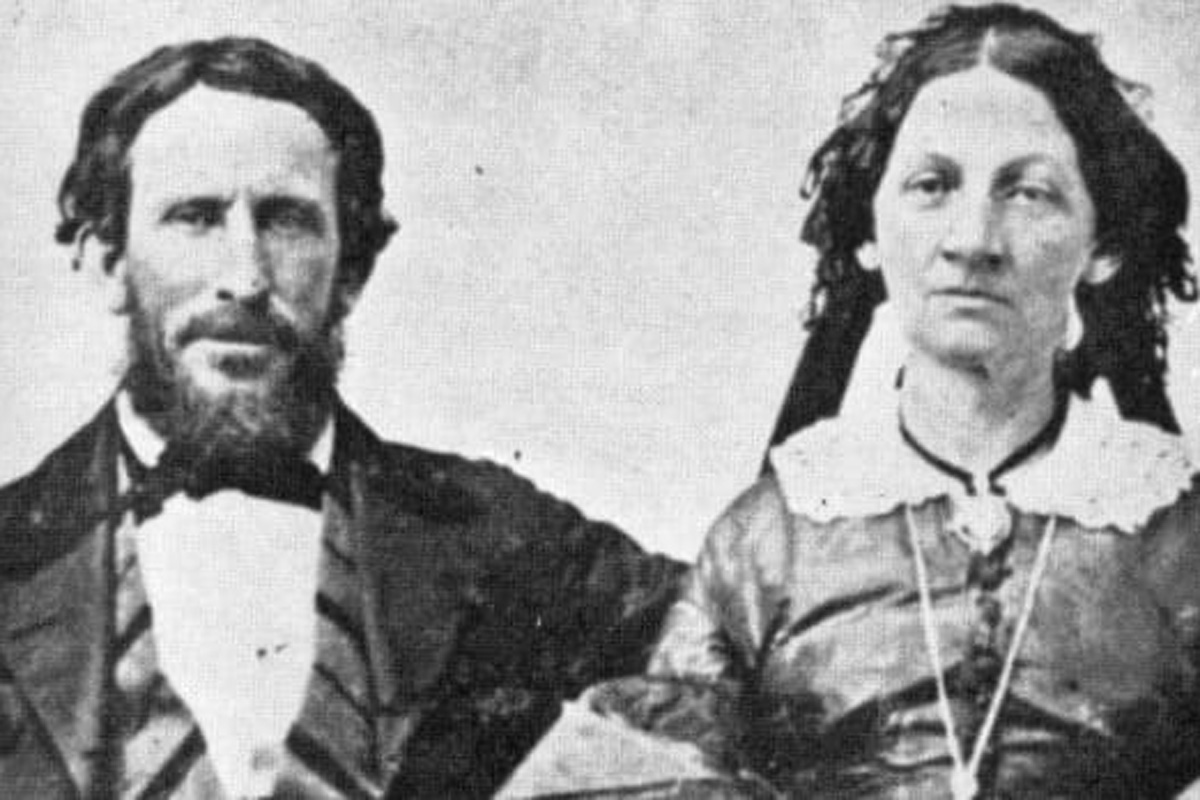 I don’t know if anyone recorded the number of dishonest wagon masters, but in the hundreds of wagon trains heading to Oregon or California there certainly were some incompetent ones. There are many examples of bungling, bad decisions and charlatans who conned the settlers, but the tragedy that befell the Donner Party in 1846 outranks them all.

Against the warnings of noted mountain man, Jim Clyman, twenty wagons chose to follow a trail mapped out by an inept guide named Lansford Hastings, who authored, The Emigrants Guide to Oregon and California. The so-called Hastings Cutoff was supposed to shave 300 miles off their journey. By the time they rejoined the California Trail, they’d gone 125 miles farther, crossing much more difficult terrain including blazing a trail through the rugged Wasatch Mountains and crossing the Great Salt Lake Desert The Donner Party spent 68 days following the cutoff while the others who chose to follow the known California Trail spent just 37 to get to the same point.

Emigrants heading west usually had a wagon master who knew the trails and had experience getting through the trials and travails of the trail safely. Pity those emigrants who didn’t go with experience. It was the wagon master’s job to maintain discipline and that was the key to surviving the trip of some 1,500 miles to Sacramento.

Following the American custom of self-government they elected a council that held court for breaches of discipline. Usually the wagon master acted as judge, but it also might be a preacher or other respected traveler. These transgressions included such things as politics, morals, family disputes, theft and of course, fighting over a women. Other things known to split parties of emigrants were speed of travel, disputes over routes and treatment of animals. The usual punishment for serious breach of discipline such as rape and murder was banishment, firing squad or hanging. It was estimated during one year of wagon travel no less than fifty murders were committed.

One of the most unusual stories of banishment was that of James and Margaret Reed. The trouble started when Reed took umbrage at a teamster named John Snyder for whipping an oxen. The two exchanged words then Snyder whacked Reed with his bullwhip. Reed pulled a hunting knife and killed him. A trial was held, and Reed faced hanging but was banished after his wife pleaded for leniency, and he was forced to leave his wife and four children. He agreed to ride to Sacramento and secure supplies but on his return was stranded in California by the storm.

At the California Trail they delayed again and finally arriving at Donner Pass just as an early winter storm caused them to become snowbound. Had they arrived at the pass just one day earlier the party would have been clear of the storm.

They retreated back to Truckee Lake and holed up for the winter. Many of their animals had died along the way and those that survived were eaten. Soon, members of the party began to die and they too were eaten. Only about half the group resorted to cannibalism. Of the 81 people stranded at Truckee Lake, half were under the age of eighteen and six were infants.

In the middle of December, fifteen of the strongest set out on snowshoes to get help. They struggled for a month and they too only survived by cannibalism. Only seven of the so-called “Forlorn Hope” endured. Rescue parties finally arrived in February and March 1847. Of the 81 members of the Donner Party only 45 managed to walk out alive.

James Reed was among the relief parties who rescued the stranded survivors. The Reeds were one of only two families managed to make it through the ordeal intact.