The Last Battle of the Indian Wars 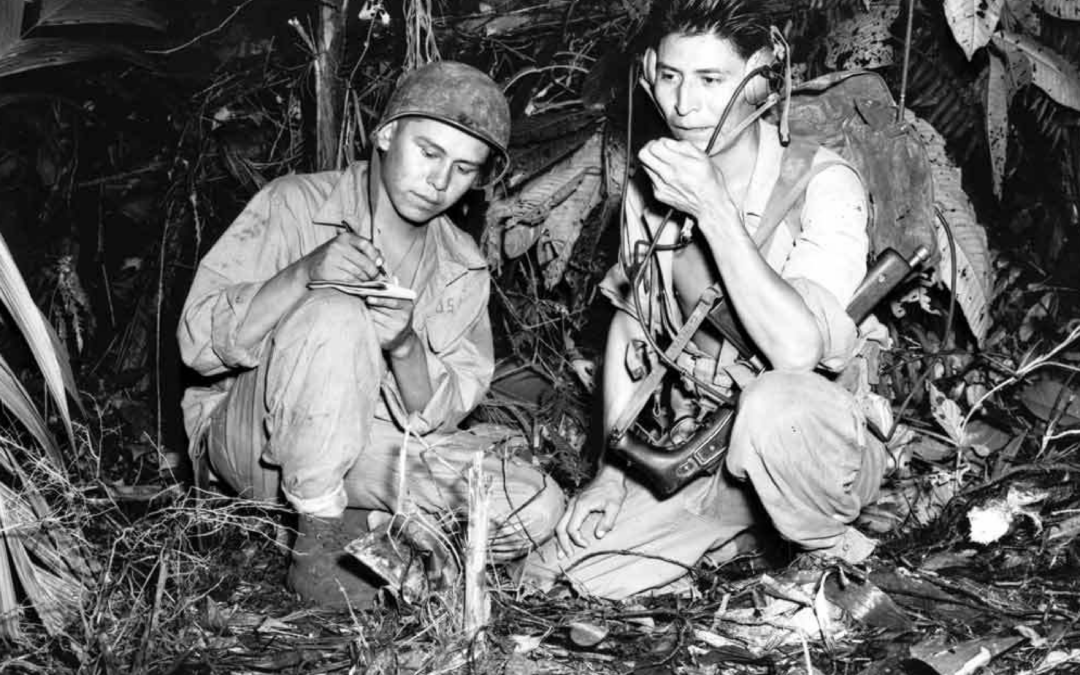 One of those post-Indian Wars gunfights, almost lost in history, occurred in northern Arizona on November 11th, 1899, long after the Indian Wars had ended. For several years the band of Navajo Chief B’ugoettin had been fighting an undeclared war with local cattlemen over grazing land north of Flagstaff around Padre Canyon.

Now, the Rest of the Story: Let’s fast-forward to 1942 and the Second World War. Many Japanese had been educated at American universities and spoke fluent English. This enabled them to intercept American communications during battle.

Philip Johnston, the son of missionaries, who acted as an interpreter for the Navajo on trial back in 1899 learned the military was looking for a new code to thwart Japanese intelligence. Johnston proposed to the Marine Corps the idea of designing a code within the Navajo language to encrypt messages. The Marines liked the idea.

The code that eventually totaled more than 600 words was so complex that other Navajo POWs, who were subjected to torture by the Japanese, were unable to decipher it.

By confusing the Japanese, the Code Talkers saved the lives of thousands of American soldiers, sailors and Marines in the “Island Hopping” Campaign in the Pacific. By the war’s end 420 Navajo had been trained as Code Talkers however only 125 to 135 ever saw actual combat. A total of twelve were killed in action.

Even though World War II ended in 1945 these Navajo warriors were sworn to secrecy, unable to write or tell their “war stories” until 1968 when their unique contributions to the war effort was declassified. Some refused to divulge the code even after it was declassified.

Computers now replaced a secret code that used the Navajo language; a code that was never broken.