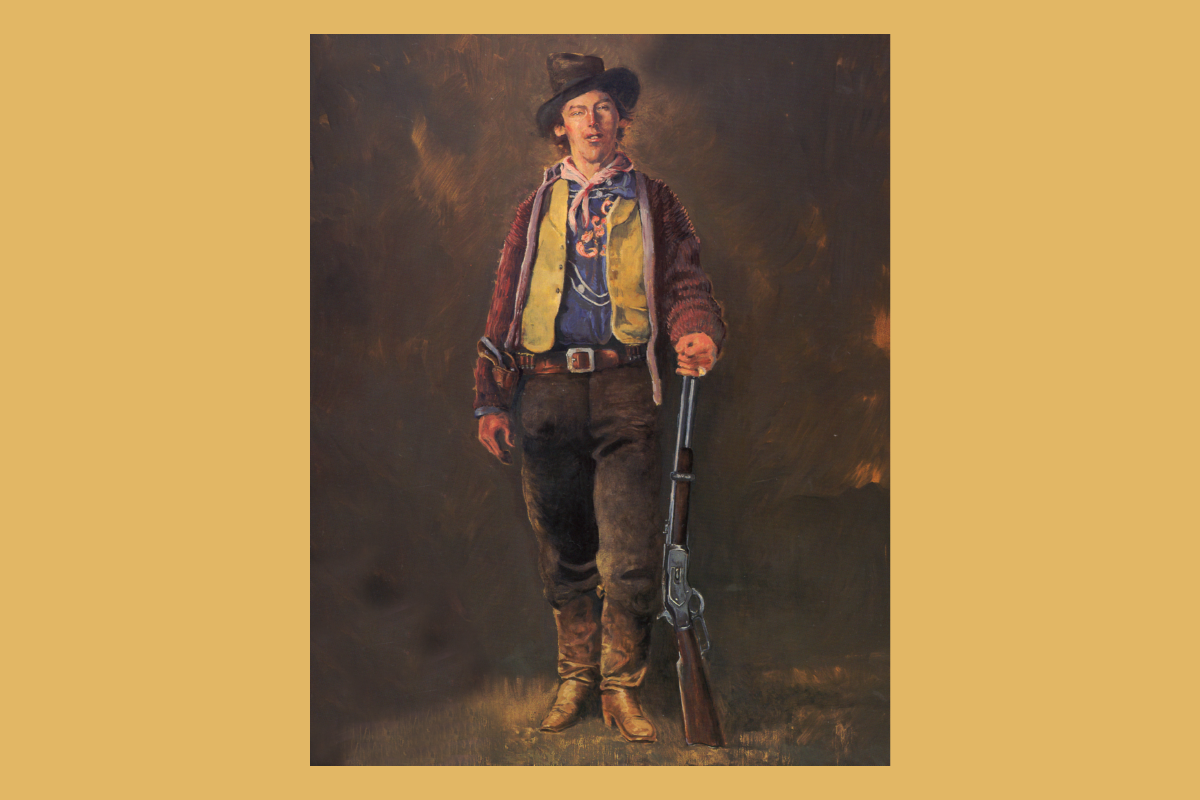 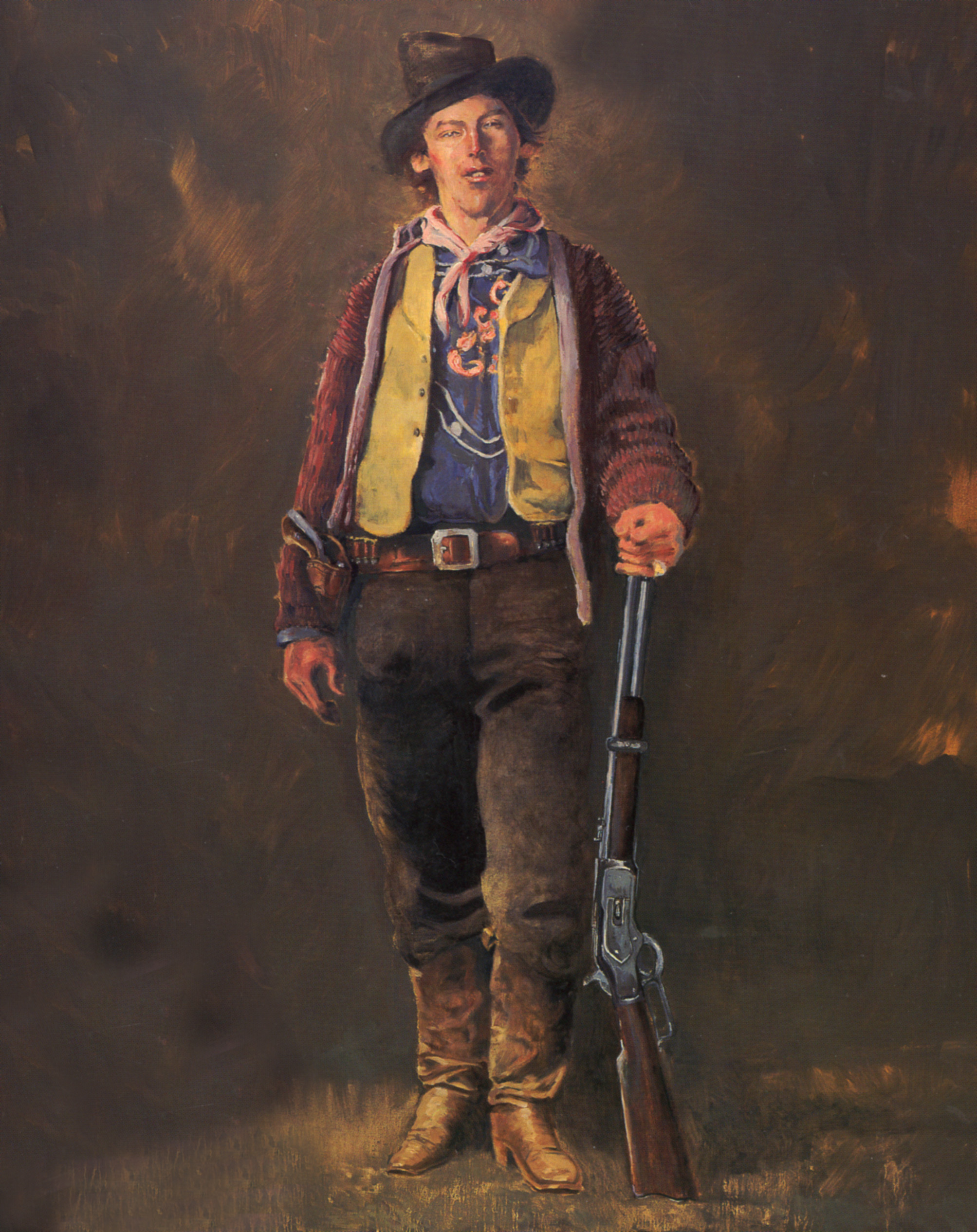 When Lew Wallace was appointed Territorial Governor of New Mexico in 1879 one of the first missions he hoped to accomplish was to stop the killings in Lincoln County. He called for an immediate halt to the fighting. He wanted President Rutherford Hayes to declare martial law but had to settle for a proclamation of insurrection that empowers the President of the United States to deploy U.S. military and federalized National Guard troops within the United States in particular circumstances, such as to suppress civil disorder, insurrection, or rebellion. That meant the army could act as policemen in a limited capacity for the first time since Congress passed the Posse Comitatus Act a year earlier which limits the federal government to enforce domestic policies.

Wallace issued a proclamation of amnesty for all parties who had participated in the war other than those who had criminal indictments. Having a territorial indictment for the murder of Sheriff Brady and a federal for the killing of Buckshot Roberts, Billy didn’t qualify under those terms, but still he remained optimistic. No one else on either side had been prosecuted so why should he? He was one of several involved in the shooting of Brady and also the gunfight with Roberts at Blazer’s Mill.

There were still some Regulators around but with the exception of O’Folliard and Billy, the “Ironclads” had left the area. He decided to reach out to Jimmy Dolan and clear the air. Both sides seemed weary of the feuding. He sent word to Dolan through friends calling for a parley.

On February 18th, 1879 one year after the murder of John Tunstall, by Sheriff Brady’s “posse,” Billy rode into Lincoln to meet with Dolan. The Kid was standing behind a short adobe wall on one side of the street along with O’Folliard, Doc Scurlock, Joe Bowers and Jose Salazar. Across the street, also behind a low adobe wall, was Jesse Evans, Billy Mathews, Ed Waltz, Billy Campbell and Dolan.

The meeting nearly turned into a gunfight before it began when Evans suggested killing the Kid, but cooler heads prevailed and the two sides met in the middle of the street. They agreed to stop killing or testifying against each other. Anyone who failed to comply with any of the conditions would be executed. They wrote their names on the agreement and shook hands all around.

The two sides decided to seal the deal with a tour of the local saloons. At each stop they got a little drunker. All except Billy and O’Folliard who both abstained. Around 10:30 that night Susan McSween’s attorney, a one-armed man named Houston Chapman happened to walk by. Mrs. McSween wanted Colonel Nathan Dudley and Sheriff George Peppin charged with arson and the murder of her husband at the McSween house during the Five-Day War. For his role in the siege Dudley had violated the Posse Comitatus Act and had violated a direct order from the Secretary of War. Thus far no one had pressed the matter. Verbose and feisty, Chapman had become a thorn in the side of both Dudley and the Jimmy Dolan faction.

The drunks decided to have some fun with the hyper and outspoken lawyer. They ordered Chapman dance a jig for them and when he refused, Campbell pulled his pistol, stuck the barrel in the lawyer’s chest and pulled the trigger. The flash from Campbell’s gun powder set his clothes ablaze. Armed with a Winchester, Dolan fired another shot into Chapman’s body.

“My God, I am killed,” Chapman cried out as he fell. In the excitement of the moment, Campbell let slip that he had promised Colonel Dudley that that he would kill the pesky attorney.

The remorseless revelers walked away from the body as if it was a stray dog lying dead in the street. A few minutes later Dolan tried to get Waltz to place a gun in Chapman’s hand to make it appear that it was self-defense, but Walz balked so Billy volunteered, and taking Campbell’s pistol, he walked outside, got on his horse, rode over to the Ellis house where he picked up O’Folliard and they quietly slipped out of town. Billy was now implicated in another killing. It had turned out to be a short-lived armistice gone bad.

The citizens of Lincoln along with Governor Wallace were outraged by the senseless killing. They debated whether it was murder or the careless act of a bunch of drunks. When Wallace heard about it, he decided to go to Lincoln and get a first-hand look at the problem. When he arrived one of the first things he did was to remove Dudley from command at Fort Stanton.

Governor Wallace was especially determined to have the army round up all the men implicated with the Chapman murder as that had occurred after his declaration. Billy and O’Folliard managed to elude the soldiers but they managed to round up Dolan, Campbell, Evans and Mathews and lock them up at Fort Stanton.

Wallace now had another problem. How was he going to get the citizens to testify or act as jurors when they feared for their lives? Billy was closely monitoring the situation and he figured out how he could get his pardon. However, he would be in violation of the armistice. He and Dolan had signed their names to an agreement that anyone who testified against the other would be executed. But it was worth the gamble. He would testify as an eyewitness to the murder of Houston Chapman.

On March 13th, 1879 the governor received the first of several letters from Billy, delivered by one of the Kid’s friends, explaining the details of Chapman’s murder. Billy offered to testify against the Dolan and the others in exchange for a pardon. He asked Wallace to meet with him privately. Two days later Billy received a letter from the governor telling him to appear at Squire Wilson’s house in Lincoln on March 17th at a time designated. He was told not tell anybody.

When they met, Wallace told Billy his plan was to take him into protective custody for a court appearance where he would tell all he knew about the murder of Houston Chapman. In return Billy would be set free with a full pardon. Billy asked for and was granted the same deal for his friend Tom O’Folliard.

The deal began to unravel on March 18th when Jesse Evans and Billy Campbell escaped from the stockade at Fort Stanton. Now Billy was faced with the fact that the two gunmen would assassinate him before he could testify. He had a good idea where the two men would be hiding and shared that with the governor. “I am not afraid to die like a man fighting but I would not like to be killed like a dog unarmed,” Billy declared. It turned out Evans and Campbell had hightailed it for Texas. It also turned out that Billy had more to fear than Evans and Campbell.

The Kid appeared before the grand jury at the April term and testified that Jimmy Dolan and Billy Campbell, with help from Jesse Evans murdered the one-armed lawyer. Dolan and Campbell were indited for murder and Evans as an assessor.

Things were supposed to be working in the Kid’s favor, but it was not to be. District Attorney William Rynerson, a merciless prosecutor in Santa Fe, wanted the Kid penalized to the full extent of the law. He was a close friend of Jimmy Dolan and a member of the notorious Santa Fe Ring. He made it clear he had no intention of keeping Wallace’s promise of granting a pardon for Billy. Wallace’s confidant, Ira Leonard wrote him on April 20th,  “He is bent on going after the Kid. He proposes to destroy his evidence and  is bent on pushing him to the wall.”

Those with strong ties to the Santa Fe Ring, including Dolan won easy acquittals from friendly courts. Of the more than 250 criminal indictments issued only a small few even came close to a trial. The military exonerated Colonel Dudley of any wrongdoing.

The Santa Fe Ring, Tom Catron, Jimmy Dolan and all the rest needed a convenient scapegoat to shift the public focus away from their nefarious deeds and Billy would be the chosen one. The Santa Fe Ring was a formidable force that had little or no fear of the territorial governor.

Billy had kept his end of the bargain, but he was beginning to suspect a double cross. Wallace had returned to his primary interest, finishing his book, Ben-Hur and was no longer interested it communicating with him.

Billy and O’Folliard saw the handwriting on the wall and quietly took their leave from protective custody and vanished into the wilds of New Mexico.

In the end, Billy would be the only one on both sides of the deadly feud who would ever stand trial.

Bob Boze Bell. The Illustrated Life and Times of Billy the Kid: The Final Word. Revised and Second Edition. 2020. https://store.truewestmagazine.com/tw-home-page/books/illustrated-life-and-times-of-billy-the-kid-the-final-word/

Mark Lee Gardner. To Hell on a Fast Horse: Billy the Kid, Pat Garrett and the Epic Chase to Justice in the Old West. 2009.

Robert Utley. Billy the Kid: A Short and Violent Life. 1989.