The Louisiana Purchase And The Adams-Onis Treaty In 1818 General Andrew Jackson and a force of Tennessee militia, ignored the boundary between the U.S. and Spanish territories.... 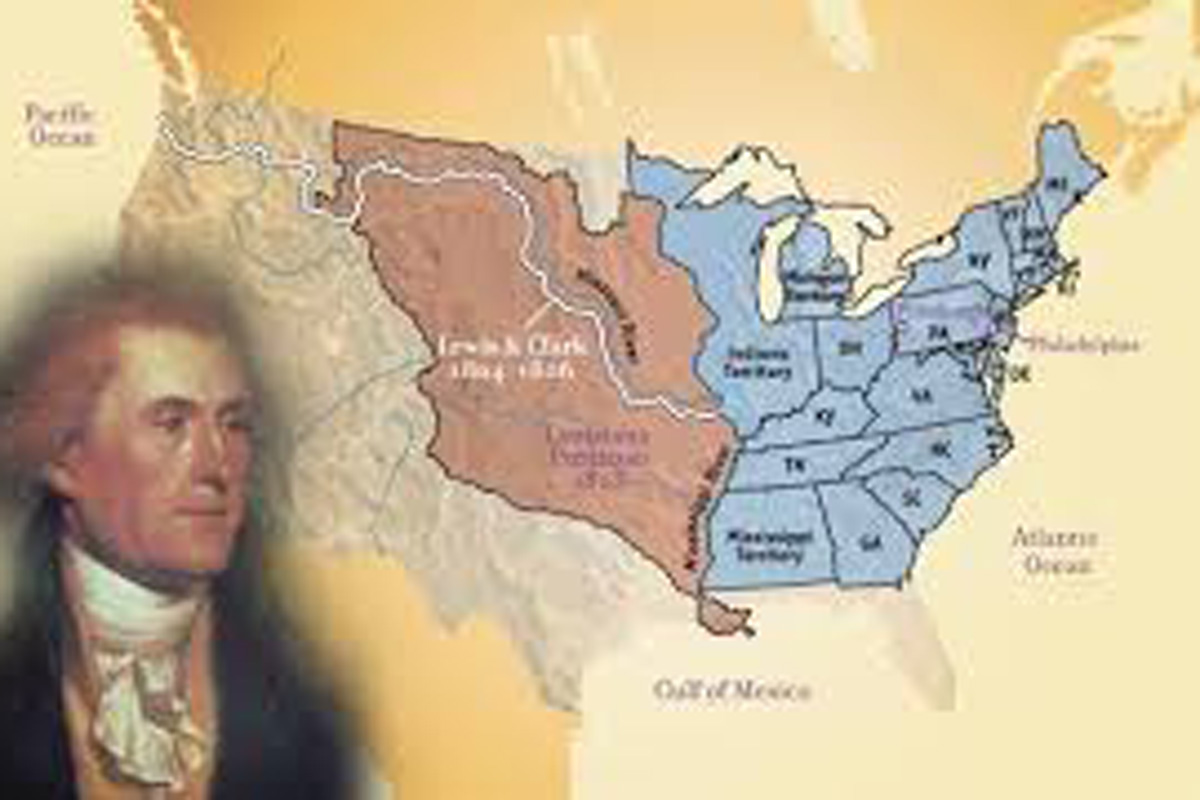 The critical issue regarding the port at New Orleans between the U.S. and Spain would not be resolved until Spain yielded the Yazoo Strip, north of Florida in 1795 and opened up the port of New Orleans, permitting the Americans ship their goods duty free.

But Spain’s days in New Orleans were numbered. In late 1800 she ceded the Louisiana Territory over to the French and much to the chagrin of Madrid, only three years later, Napoleon sold the more than 800 square miles to the United States for 15 million dollars or about three cents an acre. That had to be one of the greatest real estate bargains in history.

There is a curious irony. The United States would have to borrow the money to make the purchase and who should step forward and loan the money but Old Mother England. Why? Because England figured it would be easier to take the land away from the Americans than it would be the French.

The U.S. hopes of taking East and West Florida rested on the belief that Spain would join England in the war, but Spain refused and continued arming the Indians to attack the American settlers. A new American hero emerged in the West. Andrew Jackson was ordered to take 1,500 militiamen to New Orleans and join forces with that city’s garrison.

President James Madison asked Congress for authority to take East and West Florida on the premise that if the U.S. did not act England or France would take them. Once again New Englanders managed to defeat this proposal and on February 2nd, 1813 Jackson’s army was disbanded. In due time Congress did authorize the occupation of Mobile and most of West Florida. Spain bristled but didn’t resist.

On the 8th day of January 1815 Jackson’s ragtag army of Tennessean’s, Kentuckians and pirates won one of the few American victories in the War of 1812, inflicting some 2,000 casualties on the British Veterans of the Duke of Wellington’s conquerors of Napoleon while the sharpshooting U.S. suffered losses of only twenty-one. It was the most one-sided victory in American history. Predictability, the New Englanders scoffed at the news saying it had accomplished nothing. Most Americans agreed, however, believed the war had, in the words of Albert Gallatin, “had renewed and reinstated the national feelings…The people…are more American; they feel act more like a nation.”

Florida had been the cause of friction between the United States and Spain since the Louisiana Purchase in 1803. Spain claimed the western boundary of Florida was the Mississippi River while the U.S. claimed it was two hundred miles east at the Perdido River. By 1813 the Americans seized the disputed territory. During the War of 1812 Spain had been an ally of Great Britain so Florida became a base of British and Indian operations against the United States. Even after the war, it remained a base for Creek and Seminole raids on the settlers in Georgia and Tennessee.

In 1818 General Andrew Jackson and a force of Tennessee militia, ignored the boundary between the U.S. and Spanish territories, pursued a force of Seminole into Florida. He also seized the Spanish posts at Pensacola and St. Marks.

Spain demanded an indemnity for this “outrage” and that Jackson be punished. A majority of President James Monroe’s cabinet thought he should at least be censured but John Quincy Adams defended him saying his actions were a result of the Spanish being unable to keep order in Florida. Spain should either keep order or cede it over to the United States. Too weak to police or to defend Spain caved. In the 1819 Adams-Onis Treaty, The U.S. gained Florida and agreed to pay the American citizens claims against Spain up to $5,000,000. The U.S. also gave up its claim to a piece of east Texas and Spain gave up its claim to Oregon. Adams was acclaimed for bringing about what’s been called, “the greatest diplomatic victory by a single individual in the history of the United States.”