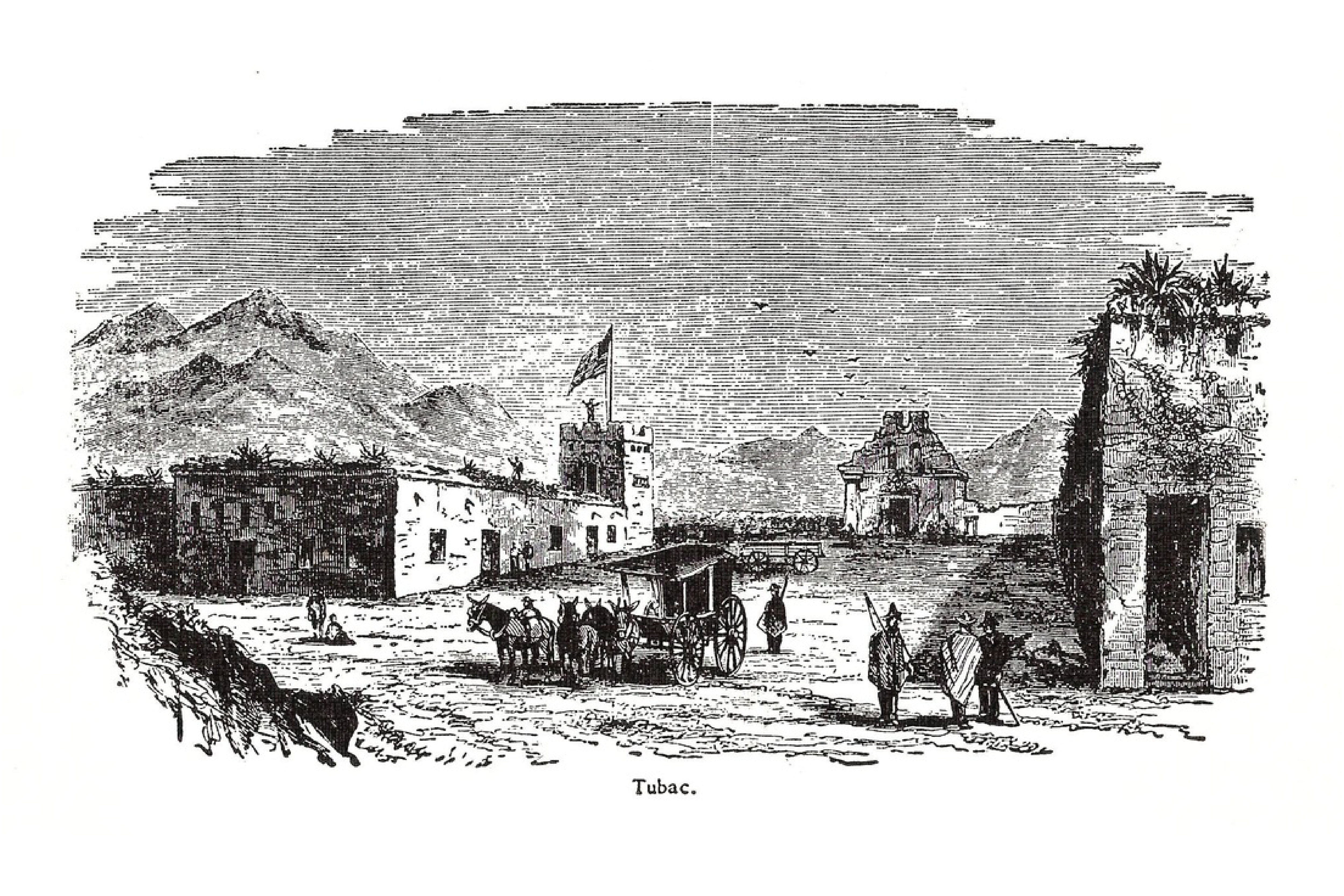 The Pima Revolt of 1751 followed the silver strike at Arissona in October 1736. The strike attracted a large number of frontiersmen and rough-hewn miners to the area, something that antagonized the Indians in the area. The specific incidents that started the trouble are not clear but the leader, Luis Oacpicagigua of Saric wanted to drive the white men out of the area and rule Pimeria Alta himself. He began agitating for trouble for about a year before the uprising began. He changed his name to Bacquioppa, which meant “Enemy of Adobe Houses.” Knowing the priests would try to thwart his efforts and emboldened by the Spaniards ineptness in subduing the Seri’s to the south, he began spreading wild stories about the priests cruel treatment of the Pima. To further entice the natives he secretly promised them the mission’s possessions and treasure from the mines and ranches once the Spanish were driven out.

Father Jacobo Sedelmayr sensed the unrest. Luis, told the Pima that an Apache attack was imminent. On the evening of November 20, 1751 Luis invited a number of Spaniards and servants for the priest to find refuge in a house. Then Luis set fire to the house, killing them all. Sedelmayr, badly wounded and several others barely escaped from Tubutama but more than a hundred settlers, miners and herdsmen including two Jesuits were slaughtered at Sonoita and Caborca. The plundering and killing spread slowly north into the Santa Cruz Valley. The priests at San Xavier and Guevavi managed to flee south to Terrenate.

The abandoned missions were looted. Tubac and Arivaca. A lot of the anger on the part of the Pima was because of their treatment by the settlers. Some three months later an army moved north to subdue the Pima under Captain Jose Diaz del Carpio of the Presidio of Terrenate.

Operating from a base at Tubac, Diaz broke up the rebellion. As a result of the uprising Luis humbly surrendered and in 1752 a presidio was established at Tubac under the command of Captain Tomas de Belderrain.

Soon, a settlement began around the presidio at Tubac, where the first white women to arrive in Arizona as did the first wheeled vehicles. The town began to grow until, by 1757, it reached a population of more than four hundred.

With the exception of a few times when the settlers were driven out by raiding, Apache, Tubac has been inhabited and is the oldest continuous white settlement in Arizona.