Tom Fitzpatrick: Trapper, Scout and Indian Agent One of America's most important frontiersman, scout and guide is also one of the least known. 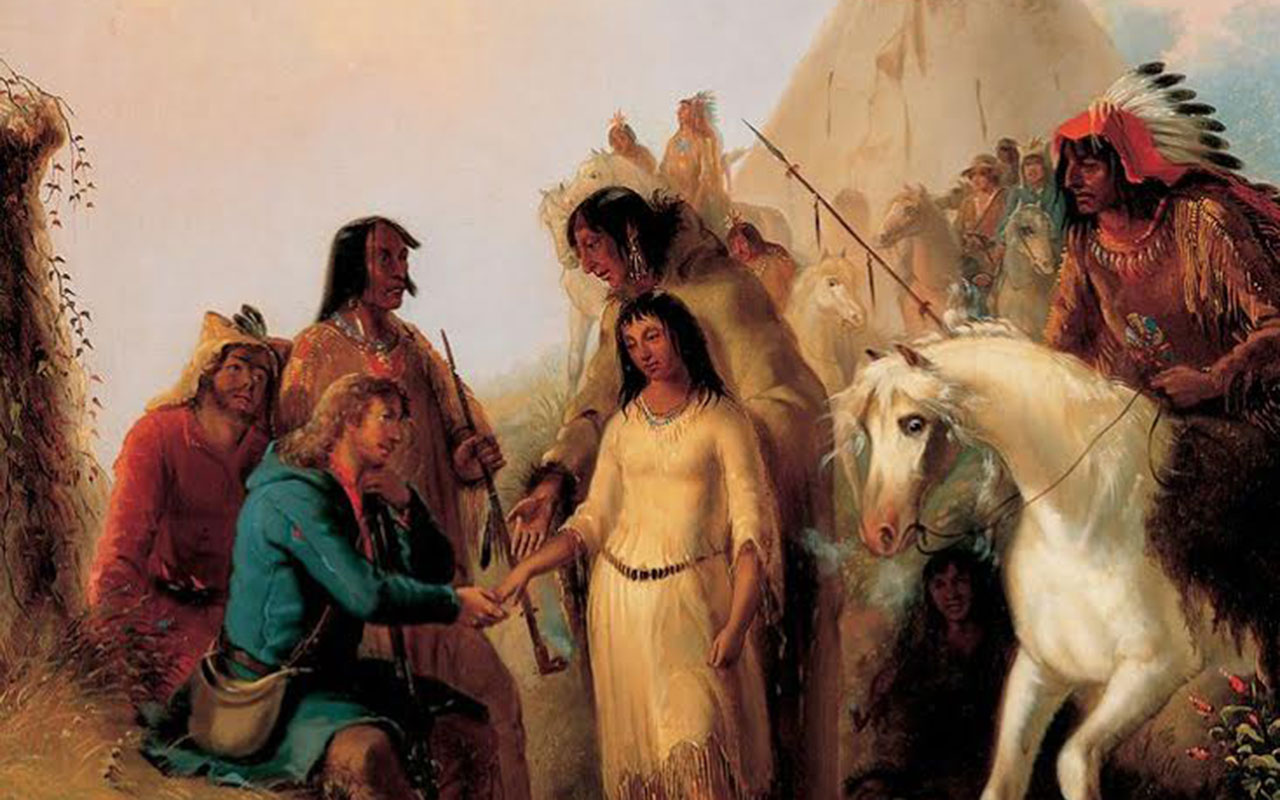 One of America’s most important frontiersman, scout and guide is also one of the least known.  Stories abound about Joe Walker, Kit Carson, Jim Bridger, and Jedidiah Smith, but one of the greatest of them all was an Irishman named Tom Fitzpatrick.

Born in County Caven, Ireland in 1799, he came to America around 1816. Although he came from a well to do family he ran away from home when he was seventeen and went to sea and became a sailor. He jumped ship at New Orleans and headed up the Mississippi to St. Louis.

In 1822 he was one of the men who answered the call “To All Enterprising Young Men…” who would be willing to ascend up the Missouri River to its source. The men who answered that call reads like a Mountain Man Hall of Fame; Jim Bridger, Bill Sublette, Hugh Glass, Jim Clyman, Antoine Leroux, Jedidiah Smith, and Tom Fitzpatrick.

These enterprising young men went up the Missouri River from St. Louis with Captain Andrew Henry helping launch the American fur trade in the Far West.

For the next twenty years Fitzpatrick earned a living as a fur trapper, becoming a partner in the storied Rocky Mountain Fur Company.  During that time he became known far and wide as a man who knew the vast, uncharted West like the back of his hand.

In March, 1824, he was co-leader with Jedidiah Smith on an expedition into the Rocky Mountains becoming the first known westward passage by Americans through South Pass in southern Wyoming.  The portal was a milestone in western history and would become the main trail for thousands of emigrants to Oregon and California.

The Indians dubbed him “Broken Hand” in 1826 after a rifle barrel exploded on him taking two fingers.   Later they re-dubbed him “White Hair” after a harrowing escape from a war party that turned his hair prematurely white.

In 1832 while riding in advance of a pack train he ran into a large war party of Gros Ventre Indians near South Pass.  He lit out for the mountains with the warriors in hot pursuit.  When his horse played out he ran up a mountainside on foot.  Finding a crevice in a rock, he climbed in, pulling rocks, twigs and leaves over him.

The Indians found his horse and came within a few feet of his hiding place.  Enraged at not being able to find him, they camped nearby and for several days he remained hidden.

Finally, one night he slipped out, making a wide circle around their camp.  Orienting by the mountain peaks, he headed for Pierre’s Hole, a valley in today’s Southeast Idaho.

In order to cross the Snake River, he built a small raft but it was smashed against the rocks in midstream.  His rifle, powder and shot pouch was lost.  He struggled for the next five days, subsisting mostly on roots and berries.  He barely escaped a wolf pack by climbing a tree, then made a meal of a buffalo carcass left by the wolves.  When his moccasins became shredded he cut his hat into strips to wrap his bloodied feet.

When at last found by two trappers sent out to look for him Fitzpatrick was near death and could barely walk but his course had been true as an arrow and he was only a few miles from his destination.

His face was emaciated, cheeks hollow, eyes sunken and his hair had turned white.  His old friends didn’t recognize him. Tom Fitzpatrick was just 33 years old.

Three years later, he guided the missionary Marcus and his wife Narcissa Whitman Party to Oregon. They were the first emigrant party to conquer the Overland Trail to the Far West.

In 1841, he led the first wagon train across the West to Oregon.  Two years later he was The Great Pathfinder, John C. Fremont’s pathfinder on Fremont’s longest and greatest expedition.  And during the Mexican War, he was guide for General Stephen Watts Kearny’s Army of the West.

In 1849, at the age of fifty-one married Margaret Poisal, the teenage daughter of an Arapaho woman (Snake Woman) and John Poisal, a French trader.  Her brother was Left Hand, chief of the Arapaho.

The Indians he administered to regarded him as one of the greatest Indian Agents in the West. They called him “Chief of all Mountain Men.” He affected the Fort Laramie Treaty in 1851, the largest council of Plains tribes ever assembled.  Two years later he effected another on the Southern Plains with the recalcitrant Comanche and Kiowa.

Tom Fitzpatrick played an important role not only in shaping not only the fur trade, but as a guide for emigrants and army expeditions, and as an Indian agent.  He won the respect and admiration of both red and white for his work in effecting treaties between the two.  He is regarded, with much justification, as the greatest of all frontiersmen during this period.

Tom Fitzpatrick discouraged and angry at the broken promises and treaties by the federal government. He went to Washington D.C. in 1854 where he came down with pneumonia and died. He was buried in an unmarked grave in the Congressional Cemetery.