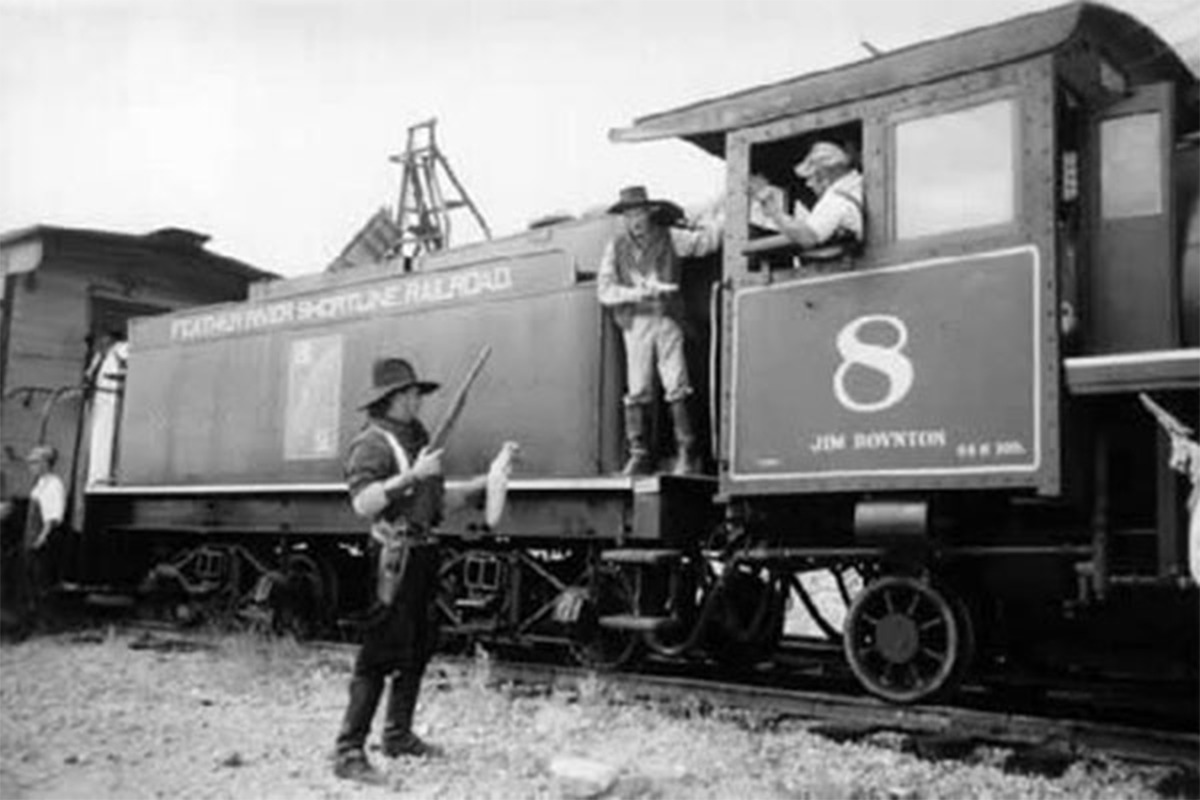 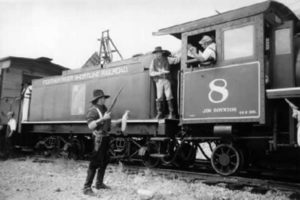 Arizona only sentenced one man to hang for train robbery and that is the story in “Up Goes Your Hands.”

The guys were a small-time trio of outlaws who would have made Al Jennings of Oklahoma look like Jesse James.  This gang is a classic example of why prospective train robbers should enroll in a Train Robbery 101 course at their local community college before undertaking such an endeavor. They would have learned such things as: Always wear a mask to conceal your identity; if you have sores all over your face, wear a hood; don’t consume alcohol before pulling a job; and if you have a foreign accent, let one of the other outlaws do all the talking.

Oh, and don’t announce to strangers you meet along the road that you’re on your way to rob a train.

Just after midnight on the morning of Monday, October 1, 1894 the Southern Pacific Express, making its eastbound run from San Francisco to New Orleans had stopped to take on water at the Maricopa station. The crew was from the Gila Division that made the 247-mile run from Yuma to Tucson.

Before the train could pick up steam it was halted by three men, Franz Oscar Toren, Frank Armer and John Donovan.  Toren, a tall man weighing over 200 lbs and with a Swedish accent, was the leader. He went by several alias’ including Oscar Rogers, Oscar Armstrong and, Oscar Walford,

They rounded up the crew then gathered outside the door of the express car. One called out to the messenger, an Irishman named George Mitchell to open the door.  Later he testified: “I stuck me head out and (a bandit) said, ‘Up goes yer hands’ and I says, ‘Up they go.’ ”

This wouldn’t be the last time the Irish messenger would be victimized by amateur train robbers. A few years’ later two bungling bandits named Joe George and Grant Wheeler would make two unsuccessful attempts to burgle his safe between Willcox and Cochise. The first time they accidentally blew up the entire express car, scattering Mexican pesos all over the desert and the second time they separated the engine and mail car from the rest of the train, took it a couple of miles up the track then realized they’d left the express car attached to the passenger cars. The robbery at Maricopa netted the outlaws a handsome sum of $165.14. The Toren and Armer were quickly rounded up but Donovan, the bandit with the tell-tale sores on his face, managed to get to Phoenix where he gave lawmen the slip.

Armer pled guilty to a lesser charge but the stubborn Swede decided to take his chances with the jury. It was a bad decision. Despite the fact nobody was wounded or killed in the robbery he was found guilty and sentenced to hang.

The Swede didn’t hang. Only one man was ever hanged for robbing a train and that was Black Jack Ketchum in New Mexico.

Highwaymen got around that by waiting for the trains to pass over into the Arizona Territory before making their heist. The rash of train robberies thrust upon them by their neighbors to the east brought a quick reaction from the politicos in Arizona and two years later they too made train robbery a hanging offense.