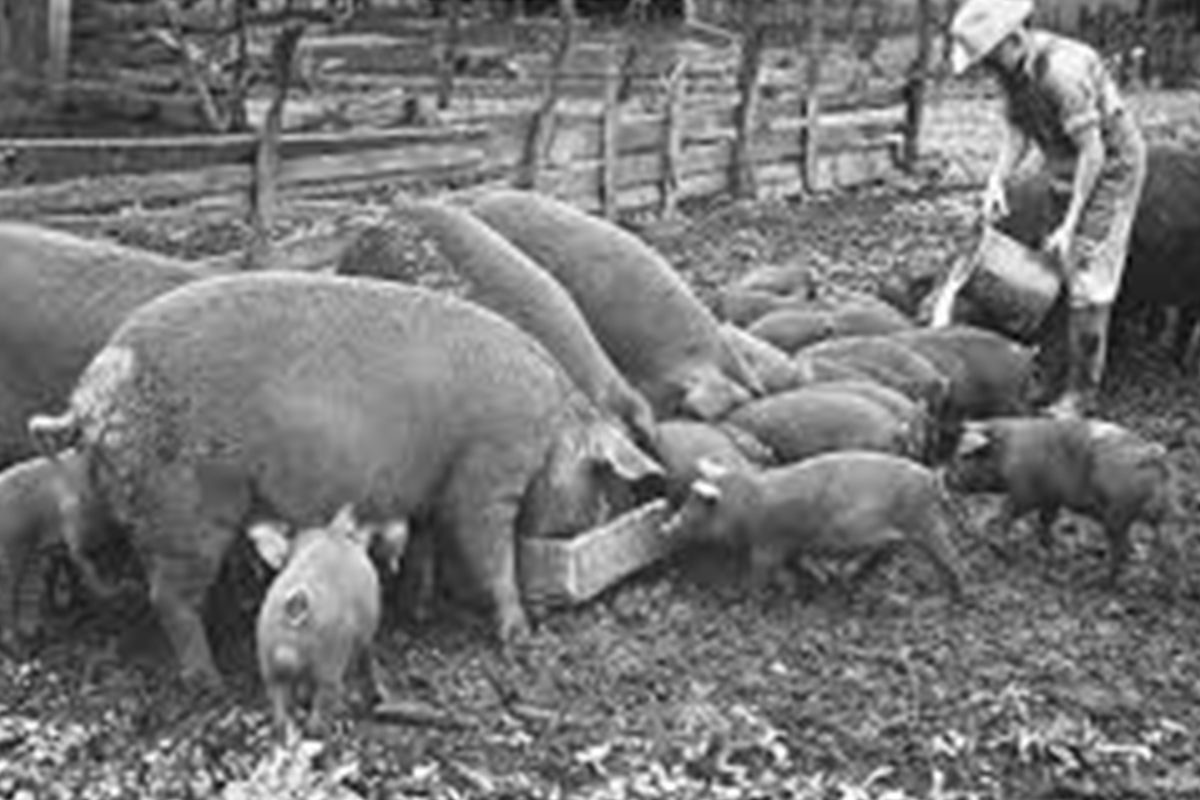 Do you remember the lyrics from a verse in the song, “Old Chisholm Trail,” “Bacon and beans most every day, we’ll soon be eatin’ that prairie hay, come a ty yi yippie yay, yippie yay….”

They were a staple on trail rides and line camps.

Sowbelly (bacon) was salt pork fat from the back and sides and belly of a hog carcass cured with salt was well-preserved and could last a long time without spoiling.

In the years immediately following the Civil War there was a critical shortage of beef. Until the cattle herds from Texas began arriving, hogs were the staple in the northerners meat diets.

On a trail drive, how well the cowboys ate depended on the creative skills of the cook. Next to the trail boss he was the highest paid man in the outfit and was arguably the most important man on the drive. He packed flour, cornmeal, green coffee beans until Arbuckle’s came on the market, ubiquitous pinto beans, baking powder, salt, sugar, sourdough starter, salt pork and canned goods such as peaches. There was also beef on the hoof if a stray happened to join the herd or a calf was born.

Along the way the resourceful one might gather up prairie chicken eggs to make a dessert. He could also make dessert out of dried fruits. They could also gather chili peppers and wild onions along the trail. And there was always plenty of wild game of all shapes and sizes. A man would have to try mighty hard to starve.

One of the first questions a cowhand would ask when he hired on was “How’s the grub?”