Who Was the Dodge City Gang? 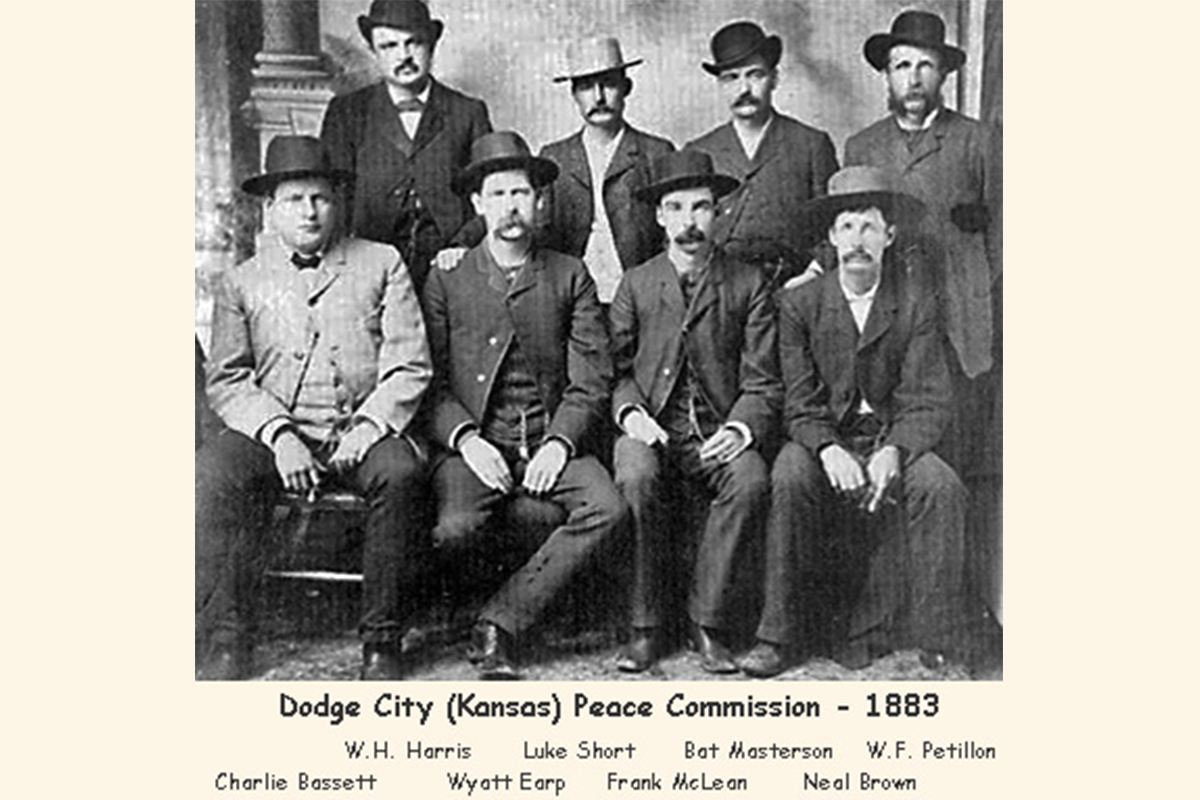 The Dodge City “Gang” wasn’t what we think of an outlaw gang like the James Younger Gang. They were euphemistically known as “Luke Short and his Dodge City Peace Commission.” Luke had been a central figure in the so called “Dodge City War” that began when rival and reformer Larry Deger became mayor and passed ordinances against prostitution. Under the ordinances the shady ladies could be arrested as vagrants. Luke was house dealer at the Long Branch and technically it was also a brothel. When some of the ladies were arrested, he took umbrage. In retaliation, Luke and some other gamblers were escorted out of town. Luke rounded up some of his pals including Wyatt Earp, Bat Masterson and Charlie Bassett. In a show of force and they took the train to Dodge. Mayor Deger prevailed upon the governor to send in the militia but instead he sent a man in to mediate. The mayor backed off while Luke and his friends posed for the famous photograph, thus ending the “war.” Luke and his partner sold the Long Branch in 1883 and he wound up in Fort Worth where he died with his boots off ten years later.

There was another, more gang-like Dodge City Gang described a bunch of hard cases including “Dirty” Dave Rudabaugh, “Mysterious” Dave Mather, and leader, Hyman Neil, better known as Hoodoo Brown, who headed for lawless Las Vegas, New Mexico when it was a raw, boisterous boom town. Even though Hoodoo Brown is not as well-known as many other outlaws in Las Vegas, some claim he was worst of the lot.

Lesser knowns were Bill “Slap Jack” Nicholson and John “Bull Shit Jack” Pierce. During 1879-1880, around the time the railroad arrived.  They attempted to dominate the political and economic life there. Hoodoo and the gang murdered, stole, robbed trains and stages. Other than that, they were upstanding pilers of the community.

Finally, the citizens grew tired of their shenanigans and with the help of the local vigilantes, started tossing them in jail.

The gang’s demise after a few months was caused mostly by greed and open defiance of the law. Las Vegas became famous for its use of a “hanging windmill” to administer a suspended sentence to the bad guys.