A Tale of Two Women: Part One – Olive Oatman 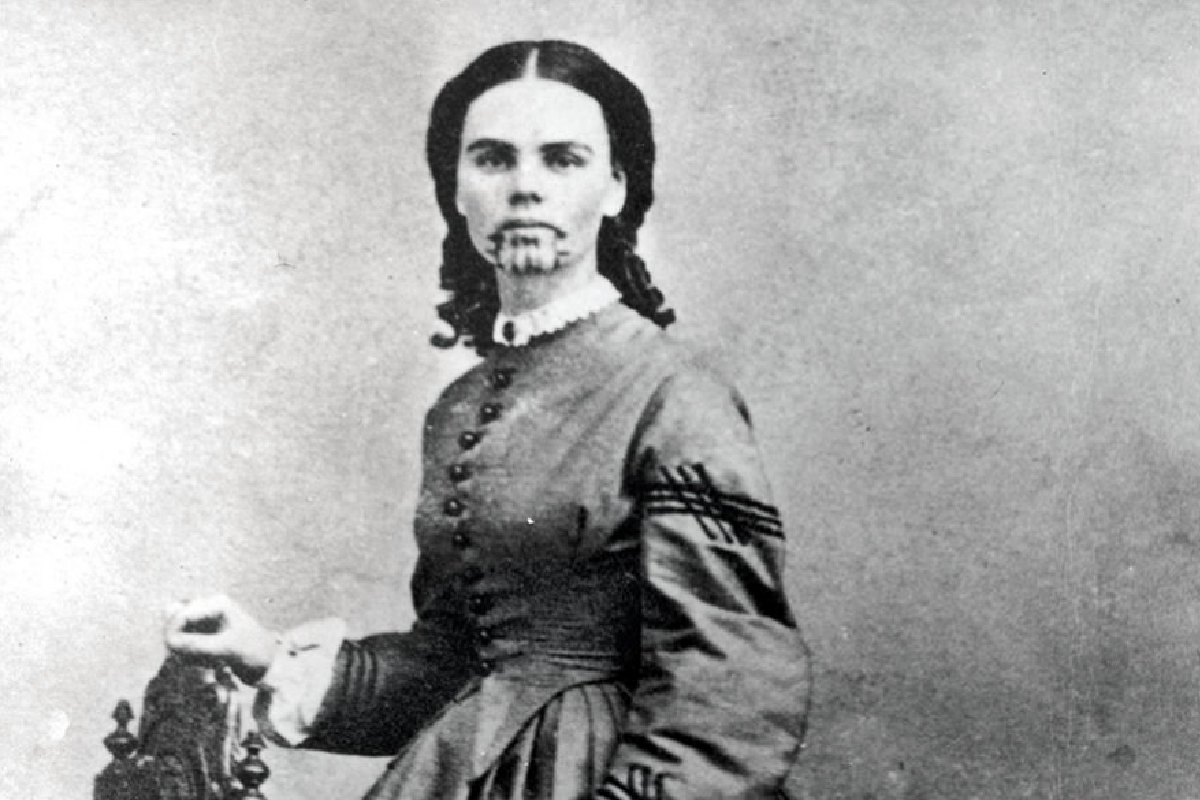 The Oatman family was traveling alone on the Gila Trail near today’s Gila Bend in 1851 when they were attacked by a band of Western Yavapai Indians. Royce Oatman, his pregnant wife Mary Ann wife and five children were murdered. Olive and her little sister Mary Ann were taken captive. A brother, Lorenzo was beaten and left for dead, but managed to survive and made his way to Fort Yuma. He never gave up hope of finding his two sisters.

Olive and Mary Ann after being cruelly treated by their captors were later sold to the Mohave. They were taken in and warmly treated by a tribal leader, Espianole, his wife, Aespaneo and daughter Topeka. Around 1855-1856, Mary Ann died of starvation during a famine. Olive was welcomed into the tribe and a blue tattoo on her chin marked her as a Mohave.

Some believe that Olive married and had two children. She was well over the age where a Mohave girl married and most became sexually active at around sixteen.

When it was learned at Fort Yuma that a white girl was a captive among the Mohave and pressure was brought to bear on the tribe to bring her to Ft. Yuma and in 1855, 19-year-old Olive was brought to Fort Yuma. As was custom she was naked above the waist but before rejoining the whites she requested and was given more “proper” attire to wear. She always spoke warmly of her treatment by the Mohave.

Two years later Reverend Royal Stratton wrote a sensationalized embellishment of her capture and treatment by the Indians. The book was a bestseller. Olive went on the lecture circuit with Stratton. She proudly wore her blue tattoo.

In 1865 he married John Fairchild, a man she met while on the lecture circuit. They moved to the town of Sherman where she lived a quiet, comfortable life until her death in 1903.