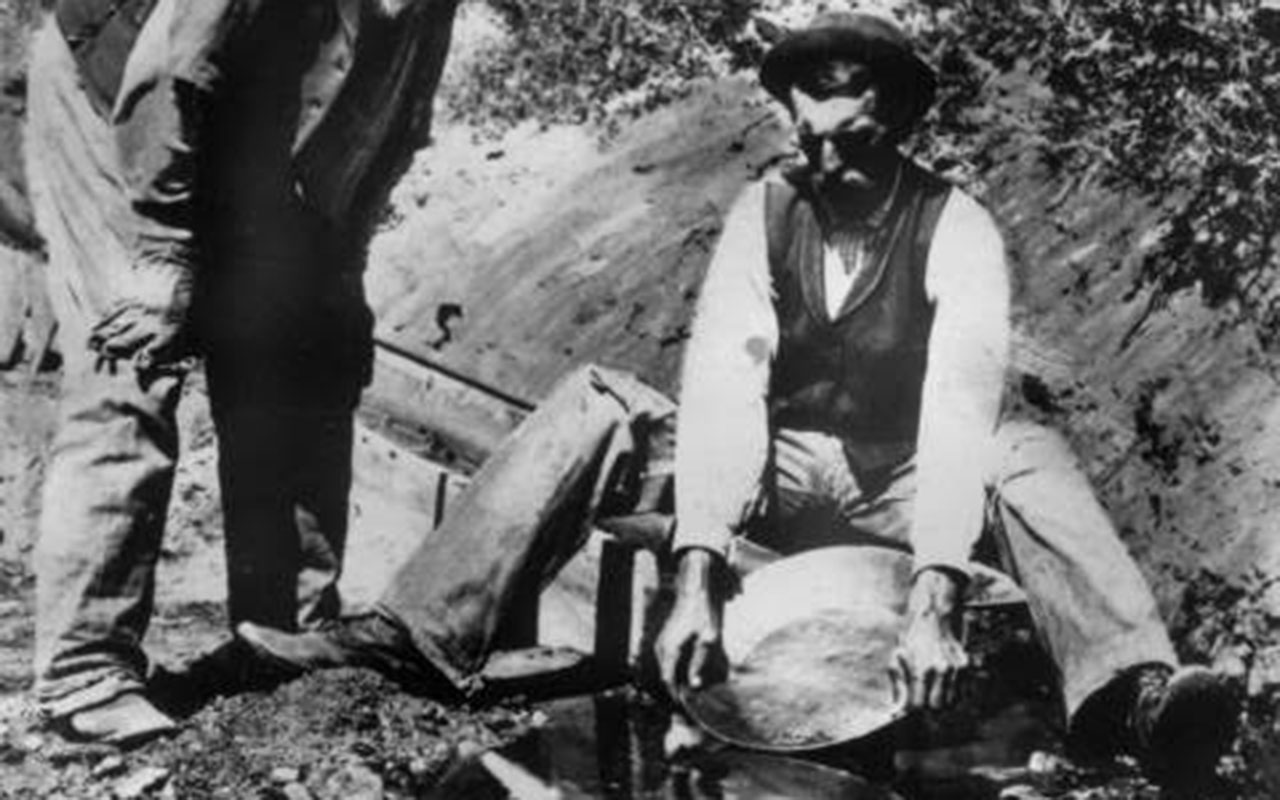 There were many entrepreneurial men who found a way to “mine the miners,” including Levi Strauss, John M. Studebaker, Philip Armour and Ah Toy, who owned a chain of Chinese bordellos.

During the early days of the California Gold Rush thousands of hopeful Argonauts who were lured by the quest for gold found themselves virtually cut off from their families in the East. Most looked forward to the day when railroads would link the East and West. But they knew that would be a monumental undertaking. Meanwhile, a more pressing need had to be met, a fast, efficient mail service between the isolated settlements in the western settlements and the East. With the gold rush, California had grown so fast getting a letter from San Francisco to the Mother Lode country was hailed as a minor miracle.

The federal government had begun shipping mail to California by way of the Isthmus of Panama, a route that was as lengthy and uncertain for the mail service as it was for the Forty-Niners. Once it did arrive the mail was deposited at the post office in San Francisco where it piled up until some miner, coming in from one of the camps could sort through it until he found one addressed to him or one of his friends. It presented a situation ripe for some entrepreneur to make himself a living much richer than scrounging for gold.

Enter, a former clerk named Alexander Todd. He came to California to become an Argonaut but quickly found he was too frail to endure the backbreaking work of digging for gold in those ice-cold rivers of the Mother Lode. Todd made a few inquiries around the camp and found the miners would gladly to pay handsomely for mail service. He began signing up subscribers to carry the mail to San Francisco for posting for $2.50 a letter and for an ounce of gold, $16, he would personally deliver any mail that he found for addresses in the mining camp.

Day after day he scoured the mining camps until he had signed up hundreds of lonely miners. Then he headed off to the City by the Bay and to post his letters, then comb through the piles of unsorted mail for letters to his clients. Todd’s mail service brought him a handsome profit. Another need generated a an even more lucrative business. He packed gold from the mining camps to deposit in San Francisco in exchange for 5 per cent of its value.

Without having to touch a pick, gold pan, cradle or a shovel, Alexander Todd struck paydirt.