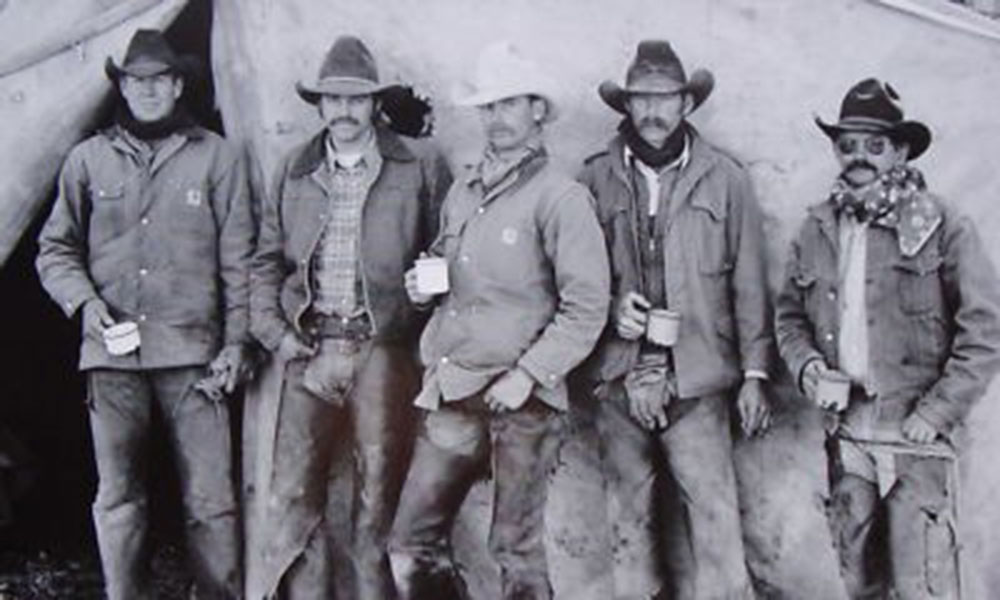 Long before Matt Dillon, Chester and Miss Kitty wrapped their hands around a warm cup, coffee was a staple on the frontier.  In 1849 while surveying a military route through the Southwest, Lieutenant William Whiting noted in his journal that coffee was “the great essential in prairie bill of fare.”  It was said that many of the early Indian attacks on whites were motivated by a desire for coffee and tobacco.  The Lakota (Sioux) called the brew, “Kazuta Sapa,” or “black medicine.”

Folklore and Hollywood would have you believe the Plains Indians only craved alcohol. However, it was the Indians love of coffee helped the fur companies prosper.  From 1833 to 1859 the American Fur Company would trade the natives one cup of coffee beans for one buffalo robe, a price that was later raised to three cups.

Up to the end of the Civil War coffee beans were sold green, in bulk.  The beans had to be roasted over a wood stove in a skillet before they could be ground and brewed.  If they weren’t roasted just right the coffee was almost undrinkable.  Roasting was the key as green coffee has little or no taste.  Roasting was an art and called for ingenuity and lots of experimentation.

Until about 1860, America suffered through poorly roasted coffee.

Then along came an inventive-type entrepreneur named John Arbuckle.  He figured out a way to roast the green coffee beans and preserve their freshness.  He patented a glaze that would seal the beans against deterioration of flavor and aroma.  In 1872 he began packing the roasted coffee in one-pound packages and coffee sales skyrocketed.  As they say, the rest is history; Arbuckles became known as the “Coffee That Won the West.”

Brazilian coffee was the biggest supplier of coffee beans in the United States during the 19th century. Chicory has been around for thousands of years and was cultivated as a medicinal herb. Down in New Orleans it was blended with dark, roasted coffee and became a cultural preference.

Chicory had been a popular coffee substitute and economizer back when pure coffee was a luxury.

Sometimes cowboys had to use a substitute when coffee wasn’t available. There’s a place near Arizona’s Superstition Mountains where lots of jojoba (ho-ho ba) plants grow.  When cowboys in the area ran out of coffee beans or were too broke to buy them they picked the beans off the jojoba plants cooked, then ground them up and made “coffee.” The stuff tasted awful but they drank it anyway and named the location Coffee Flats, Arizona.